Tomorrow's world: A guide to the next 150 years 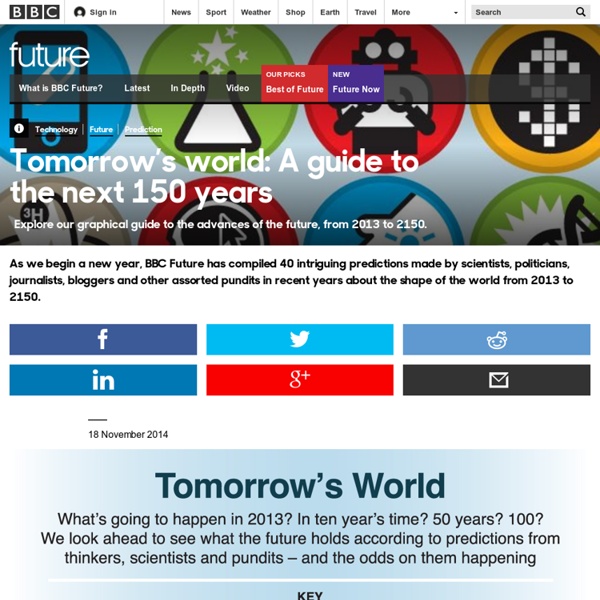 Einstein's Puzzle # Copyright (C) 2004 Lauri Karttunen # # This program is free software; you can redistribute it and/or modify # it under the terms of GNU General Public License as published by # the Free Software Foundation; either version 2 of the License, or # (at your option) any later version. # This program is distributed in the hope that it will be useful, # but WITHOUT ANY WARRANTY; without even the implied warranty of # MERCHANTABILITY or FITNESS FOR A PARTICULAR PURPOSE. See the # GNU General Public License for more details. Einstein's Puzzle Variations of this riddle appear on the net from time to time. Let us assume that there are five houses of different colors next to each other on the same road. The Englishman lives in the red house. The question to be answered is: Who keeps fish? This is a simple constraint satisfaction problem. The next concept to define is that of a House. The result is a network with five paths. With C16 added, only one solution remains. We can now see the solution.

Future Earth The scariest spots around the world Sometimes the really good travel stories are the ones where you feel a smidge of fear. Perhaps it’s because we all love scary stories, drawn from those conversations best held around campfire. So, if you like to be scared or perhaps you just like your travel a little bit dark, consider these destinations for your next trip. Island of the Dolls Lying off the canals of La Xochimilco is a chinampa (floating garden) covered with thousands of dolls. Gathered by Don Julian Santana Barrera who scrounged rubbish piles, the dolls were hung from trees to keep away evil spirits and remember the drowning death of a young girl. Sedlec Ossuary The grounds of Sedlec Ossuary were an already popular final destination for burial, due to a monk sprinkling the cemetery with dirt from Golgotha (the location where the crucifixion of Jesus was said to have occurred). Hill of Crosses Birds of a feather are not the only ones who flock together.

Timeline: Earth's Precarious Future Our planet and its inhabitants - including we humans - are in a precarious position as we approach Earth Day, April 22. While global warming is widely accepted as a reality by scientists and many governments and industrial leaders, progress to curb greenhouse gases and other forms of pollution remains limited. The current economic climate will likely make pollution control efforts more difficult, analysts say. Recent studies, as well as the 2007 report by the Intergovernmental Panel on Climate Change (IPCC) have pointed to some of the likely effects of uncurbed greenhouse gas emissions: rising global temperatures, rising sea levels, Arctic sea ice melt, the disappear of glaciers, epic floods in some areas and intense drought in others. These effects are intensified when combined with other forms of pollution the world's rising population. Humans will face widespread water shortages. Arctic sea ice hits its second lowest summer ice extent on record (the lowest extent was in 2007). The U.S.

Collected Quotes from Albert Einstein [Note: This list of Einstein quotes was being forwarded around the Internet in e-mail, so I decided to put it on my web page. I'm afraid I can't vouch for its authenticity, tell you where it came from, who compiled the list, who Kevin Harris is, or anything like that. Still, the quotes are interesting and enlightening.] "Any intelligent fool can make things bigger, more complex, and more violent. It takes a touch of genius -- and a lot of courage -- to move in the opposite direction." "Imagination is more important than knowledge." Copyright: Kevin Harris 1995 (may be freely distributed with this acknowledgement)

New Earth found Its sun's name is Tau Ceti, visible to the naked eye and the planet is one of five in its orbit, thought to have the conditions to support life. Tau Ceti, identical to the Earth's Sun, is a mere 12 light years away, just 120 trillion kilometres. The breaking news is that one of these five planets is thought to contain water. And life. The news comes in the next edition of Astronomy and Astrophysics which provides further information on the planets around Tau Ceti after 6,000 observations were performed with three different telescopes. This zone is also known as the Goldilocks Zone being not too hot or too cold to have liquid water on the surface, and therefore have the conditions to support life. Tau Ceti has been observed by humans with the naked eye for centuries, appearing as a third-magnitude star. The sun and its planets have been a source of constant interest from astronomers searching for celestial bodies which have the conditions to support life. Konstantin Karpov Pravda.Ru

6 Insane Coincidences You Won't Believe Actually Happened America's Freak Luck During the Battle of Midway The Battle of Midway may be remembered as one of the most spectacular naval battles in history and one of the huge turning points in the Pacific theater, but it started out as a pure clusterfuck for the Americans. Despite going into battle with most of Japan's game plan in their pocket thanks to American codebreakers/Bothan spies, the U.S. Navy had little to show for it in the early hours of June 4, 1942. Just about every aircraft that took on the Japanese that day was destroyed, and all without delivering any serious damage. In short, the Battle of Midway started off like the Battle of Endor, only with every fighter in the Rebel Fleet crashing into the Death Star's deflector shield. Where it Gets Weird: There was one squadron of American dive bombers lead by Lieutenant Commander C. His squadron started dropping like flies until, in an act of sheer luck that would make even J.K. Where it Gets Even Weirder: ...when he wasn't busy being a pimp.

Futurist Futurists or futurologists are scientists and social scientists whose specialty is futurology, or the attempt to systematically explore predictions and possibilities about the future and how they can emerge from the present, whether that of human society in particular or of life on Earth in general. Definition[edit] The term "futurist" most commonly refers to authors, consultants, organizational leaders and others who engage in interdisciplinary and systems thinking to advise private and public organizations on such matters as diverse global trends, possible scenarios, emerging market opportunities and risk management. (Futurist is not in the sense of the art movement futurism.) Visionary writers such as Jules Verne, Edward Bellamy and H. G. Futures studies[edit] "Futures studies"—sometimes referred to as futurology, futures research, and foresight—can be summarized as being concerned with "three P's and a W", i.e. Futurists and futurology[edit] Notable futurists[edit] See also[edit]