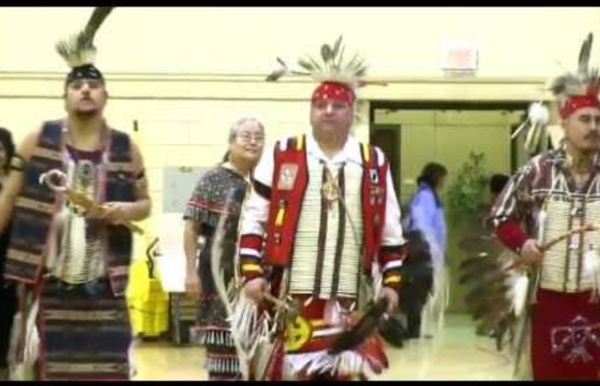 Drawing tool Pledge of Allegiance What is an American? If you have read some of our texts about The USA - Immigration, the Melting Pot or American Values, you are aware of the fact that it is difficult to state exactly what it takes to be an American or to become an American. From Many to One How was it possible to "Americanize" people flocking to the United States of America bringing along their own cultures and values? A measure that has proven quite effective to make one nation out of the millions of immigrants that have crossed the American borders, is the Pledge of Allegiance. The Pledge of Allegiance This oath of loyalty to the flag was composed in 1892. "I pledge allegiance to the flag of the United States of America, and to the republic for which it stands, one nation under God, indivisible, with liberty and justice for all." Today the pledge is recited in about 50% of the states. Patriotism vs. The wording and practicing of the pledge has been criticized. Find out 1. 2. 3.

The hard lives — and high suicide rate — of Native American children on reservations SACATON, ARIZ. The tamarisk tree down the dirt road from Tyler Owens’s house is the one where the teenage girl who lived across the road hanged herself. Don’t climb it, don’t touch it, admonished Owens’s grandmother when Tyler, now 18, was younger. There are other taboo markers around the Gila River Indian reservation — eight young people committed suicide here over the course of a single year. “We’re not really open to conversation about suicide,” Owens said. “It’s kind of like a private matter, a sensitive topic. But the silence that has shrouded suicide in Indian country is being pierced by growing alarm at the sheer number of young Native Americans taking their own lives — more than three times the national average, and up to 10 times on some reservations. A toxic collection of pathologies — poverty, unemployment, domestic violence, sexual assault, alcoholism and drug addiction — has seeped into the lives of young people among the nation’s 566 tribes. “That floored me,” West said.

Native American History Timeline of Important Dates How It All Went Down Sep 3, 1783 Treaty of Paris The Treaty of Paris, formally ending the American Revolution, is signed by representatives of Great Britain and the United States. Aug 7, 1790 Treaty of New York The United States Senate ratifies the Treaty of New York between the United States and the Creeks. Nov 4, 1791 St. Northwest Territorial Governor Arthur St. Jul 2, 1792 Creek-Spanish Alliance Disappointed by the federal government's poor enforcement of the Treaty of New York, Creek chief Alexander McGillivray negotiates a new treaty with Spain. Aug 20, 1794 Battle of Fallen Timbers General "Mad" Anthony Wayne and an army of more than 5000 troops defeat a confederation of Native Americans (Shawnee, Miami, Delaware, Ottawa, and Ojibwa) at the battle of Fallen Timbers, leading to the Treaty of Greeneville and the surrender of vast Indian lands west and north of the Ohio River. Aug 9, 1807 Murder of Doublehead Dec 1808 Cherokee Delegation Nov 8, 1811 Battle of Tippecanoe Jul 4, 1827 Dec 3, 1828

Electoral College - Facts & Summary Notwithstanding the founders’ efforts, the electoral college system almost never functioned as they intended, but, as with so many constitutional provisions, the document prescribed only the system’s basic elements, leaving ample room for development. As the republic evolved, so did the electoral college system, and, by the late 19 century, the th following range of constitutional, federal and state legal, and political elements of the contemporary system were in place. Allocation of Electors and Electoral Votes The Constitution gives each state a number of electors equal to the combined total of its Senate membership (two for each state) and House of Representatives delegation (currently ranging from one to 52, depending on population). Today, all presidential electors are chosen by the voters, but, in the early republic, more than half the states chose electors in their legislatures, thus eliminating any direct involvement by the voting public in the election. General Election Day

NOVA - Official Website | Reflections on the 9/11 Memorial Reflections on the 9/11 Memorial Posted: September 22, 2011 VISITOR: I've been to a lot of memorials—Gettysburg, Valley Forge—and I think it's very important for people to have that memory of the sacrifices that were made. VISITOR: It's very moving, and it's graceful, and it's also dignified. VISITOR: It's stunning. VISITOR: You see all the names around the two pools, and it's in your face. VISITOR: I'm really impressed by the design. VISITOR: You can actually reach right under the names and touch the water, which I thought was fascinating. VISITOR: This is not just for now. Camera, sound, & editing Greg Shea Original footage Â© WGBH Educational Foundation 2011 (main image: memorial pool)

NRA: The largest civil-rights group ever I am the president of the largest civil-liberties organization this nation has ever seen. No, it’s not the ACLU. It’s not the NAACP. It’s the NRA. With our 136-year history and almost 4 million members, the National Rifle Association of America is the oldest and largest civil-rights organization in the history of the United States. We’re dedicated to the protection and advancement of the Bill of Rights to the Constitution, with a special focus on protecting the Second Amendment right to keep and bear arms. We’re committed to educating and training every willing American in the safe and responsible use of firearms. Our charter is based on the simple words: A well regulated militia, being necessary to the security of a free state, the right of the people to keep and bear arms shall not be infringed. Do those words look familiar? This mission can be seen in countless ways through the years. As NRA president, I’m honored to be a part of this organization and have happily served for years.

National Gun Victims Action Council Home- National Gun Victims Action Council Even in Shadow of Massacre, Connecticut’s Gun Law Faced Uphill Fight Photo HARTFORD — Almost from the moment that Adam Lanza ended his siege, it seemed that Connecticut, dominated by Democrats and already with some of the nation’s toughest gun laws, would quickly pass sweeping new restrictions on firearms. Its legislature did so on Thursday. But the process was fraught from the start, and up until the very end, the leaders had to contend with potential deal breakers and ferocious lobbying by pro- and anti-gun forces. The driving force was the massacre of 26 children and educators at Sandy Hook Elementary School on Dec. 14. But, as recounted in interviews with legislators, the governor, lobbyists and relatives in the past two days, the deal that resulted hinged on issues as large and as small as the intricacies of gun design, the Second Amendment and how to protect popular hunting weapons like the Mossberg 935 Magnum turkey gun sold by a company based in North Haven. Connecticut’s battle over gun laws was born in crisis — another crisis. Mr.

New York City Attractions Attractions in New York City sorted by visitor popularity A short boat trip brings you from Manhattan to the Statue of Liberty, a gift from France for the centennial of America's Independence which now symbolizes the USA and New York in particular. Read more...The Brooklyn Bridge, built between 1869 and 1883, connects Brooklyn with Manhattan. The bridge is one of the most magnificent landmarks in all of New York City. Read more...Times Square, the most bustling square of New York is known for its many Broadway theatres, cinemas and electronic billboards. score nyc