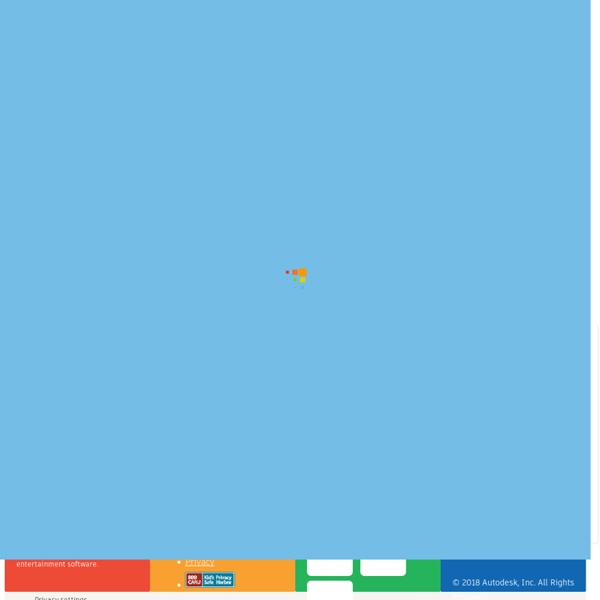 I'm building a WebGL modelling tool for 3D printing 2 weeks ago Father Christmas delivered a MakerBot Thing-O-Matic 3D Printer to my office. I think I understand how it must have felt to own an Altair 8800 back in the day when the world was on the brink of the consumer computing revolution. Consumer 3D printing could be another such revolution. But to print something in 3D you have to create a 3D model, and my survey of the software tools available for 3D modelling has been very disappointing. Expensive to very expensive professional products. Expensive to very expensive tools are tools like AutoCAD and Autodesk Inventor. Applications that have modelling capabilities but are aimed at rendering are those such as Blender , Maya and 3D Studio Max. I would puth Sketchup , OpenSCAD and 3D Tin into the "free but limited/difficult to use" category. (For a good overview of what 3D tools are available, have a look at "25 (Free) 3D Modelling Applications You Should Not Miss" or the list of tools listed on the ShapeWays website .) Accessible.

ICTmagic - home 3d modelling software How to start out with 3d printing In the first of the Personal Factory 3d printing tutorial series we’re looking at popular software packages you can use to create your designs. Not all 3d software is created alike – some is intended for creating vast landscapes, others specialise in rendering and visualisation. We’re interested in software focused on both organic & primitive geometry modeling with support for stereo-lithography (.STL) files. Thanks to years of 3d software development there are now many methods to build a 3d models, below are some of the means you may come across… Polygon - The most common modellers available, however many include support for other types of modelling including NURBS, splines, sculpting & SubD. NURBS - Not as common as polygon modellers, NURBS allow a mathematical level of accuracy over polygons, so are very useful for 3d printing. Sculptural - The most well known is zBrush, although they are also found in many plug-ins or features within other packages.

Watch and Learn: There's More Than One Way to Additively Manufacture a Metal Posted by Ray | 22 Aug 2012 | Comments (5) Earlier this week, when I posted a video about 3D-printed bike parts, I was simply too excited about the prospect of digitally fabricating dropouts to concern myself with the technology behind the collaboration between Charge Bikes and EADS. Commenter Modul called me out on my lack of due diligence, piquing my interest in a process known as DMLS, short for Direct Metal Laser Sintering. Had I done my research, I might have dug up commenter Lori Hobson's mention of "DMLS, a process for METAL, even titanium!!!"... in response to a 2008 (!) post on rapid prototyping. It turns out that Hobson, at the time, was at product development consultancy MindTribe, and she'd recently learned about the process herself. Which brings us to 3T RPD, who provided the images in Hobson's post (reproduced here). As 3T RPD notes, the EOS M270/280 is more or less the industry standard for DMLS machines... at least to the extent that they've made their way stateside.

Drawing tool - DrawIsland An Open Web-based 3D Modeling Program for 3D Print… and More - SolidSmack There are only a few things that get me excited: mild shocks, alligator punching and web-based 3D. I wish I could say the following combined all three, but two outta three ain’t too shabby. Benjamin Nortier from London, UK has done the unthinkable. He’s taken it upon himself to develop a free, parametric 3D modeling program for the browser, whereby combining alligator punching mild shock and web-based 3D. Putting 3D Modeling in the Browser For a breakdown of what inspired Benjamin to take this on, and why other modeling programs are not adequate, you can read his thoughts at his blog. Benjamin’s goals is for a 3D modeler which: is cheap, free or opensourceis parametric and has variables for complex modelshas a productive UI The only thing I’d add to that is cross-platform. There are three components he’s using to make all of this possible: You’ll notice the creation of the geometry is currently all numeric entry. Onto Something Big Benjamin is onto something big here. Via Fabbaloo

Tagxedo - Word Cloud with Styles Fabbaloo Blog - Fabbaloo - Daily News on 3D Printing NEWS FROM THE FUTURE: Reconstruction Sphere Makes Digital Copy of Anything Reconstruction sphere makes a flawless digital copy of anything… @ DVICE - The OrcaM Orbital Camera System will take any object placed into its maw and create a submillimeter accurate 3D model, complete with color, texture, and reflectivity maps. Seven individual cameras orbit around the sphere with the object inside it, taking simultaneous high resolution pictures while different combinations of projected light and shadow are used to help define object geometry. It’s completely automatic, and when OrcaM is done taking pictures, you can pull the original out unharmed along with a perfectly rendered digital copy. I think there’s a DIY-style way to make one of these with a few hacked Kinects, maybe not this round of hardware but certainly the next. Phillip Torrone Editor at large – Make magazine. Related

Psykopaint - Create and paint amazing art from photos Autodesk Releases Free App That Brings 3-D Printing To The Masses [Video] | Co.Design If you hear "maker culture" and instantly think of grease-stained weirdos who drone on about steampunk and "screws not glue"... well, you wouldn't be wrong. But when a giant software company like Autodesk throws its weight behind "makers," you know it's much more than a subculture. "There was this huge digital content generation that emerged, but now that 'Generation C' is turning into 'M,' the Make generation," Tatjana Dzambazova, Senior Product Manager at Autodesk, tells Co.Design. "They want to start physically fabricating the things that they create digitally." And now Autodesk is providing that power, in a free application called 123D that will let any maker, professional or amateur, design and 3D-print anything on demand from toys to turbines. 123D lets you easily fabricate objects, not just visualize them. 123D differs from other free 3-D modeling software like Google Sketchup in that it's designed to let you easily fabricate objects, not just visualize them.