News: Students Working Together, Succeed Together 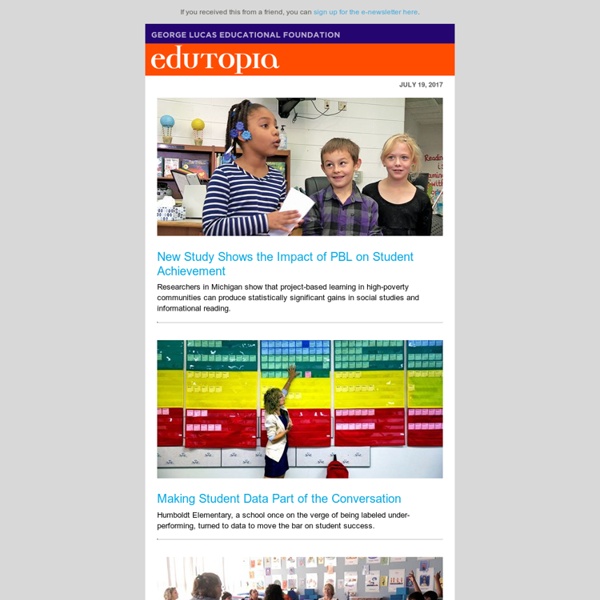 5th Annual New York Times Found Poetry Contest In honor of National Poetry Month, students between the ages of 13-19 are invited to create poetry using two New York Times articles. Poems should be 14 lines or less, and only one poem can be submitted per student. Online, teachers will find related teaching resources, links to past winners, and further information about the contest. Deadline: April 29, 2014, 2:00 p.m. PDT / 5:00 p.m. EDT

The Best Sites For Cooperative Learning Ideas NOTE: You might also be interested in My Best Posts On The Basics Of Small Groups In The Classroom You might also find my Education Week Teacher post, Response: Do’s and Don’ts for Better Project-Based Learning, useful. I’m now working on my third book, which is focused on instructional and classroom management strategies geared towards developing student autonomy and personal responsibility (as opposed to student obedience or student rebellion). Eye On Education is planning on publishing it in early 2011 — assuming I meet my deadlines I’ll be writing a post soon inviting reader contributions to the book, too.

Employers Challenge to Educators: Make School Relevant to Students’ Lives Andreas Levers/Flickr Business leaders and economic thinkers are worried that today’s students aren’t leaving school with the skills they’ll need to succeed in the workplace. Representatives from tech companies and hiring experts are looking for applicants who show individuality, confidence in their abilities, ability to identify and communicate their strengths, and who are capable of thinking on their feet. At the recent Next New World conference hosted by New York Times columnist Tom Friedman, panelists addressed the question of how the American education system can better prepare students to meet the evolving challenges of the 21st century economy. Every panelist agreed that right now, the U.S. does not have a system that produces students that meet those needs.

Cybersecurity: Everyone's Fault As TNW reported just a short while ago, the Senate’s leading cybersecurity bill failed today, as it did not secure the needed 60-vote majority to beat back a filibuster and pass. This likely means that no bill will be passed this year, in relation to boosting the nation’s cybersecurity preparedness and prowess. This has a great number of people unhappy. Not only the bill’s named authors, an Independent and a Republican, but the White House, along with other Senators. What follows is the White House’s released statement on the day’s happenings [Formatting: TNW]:

Do More With Siri Using The New iOS 7 Siri Commands If you find yourself fumbling with your iPhone to make a simple phone call, locate and launch an app, set a reminder or wake-up alarm then you’re probably not using Siri enough. If you still don’t know about Siri or you’re new to the iPhone or iPad, Siri allows you to issue voice commands on your device, saving you the trouble of all the tapping, typing, and searching by hand. Siri was first introduced with iOS 5, back in 2010. We have covered what you can do with Siri, from calling people and making restaurant reservations to dictating messages and notes using the voice to text feature. In this article I highlight some of the new commands in the iOS 7 version of Siri, as well as suggest some tips for getting the most out of the feature. Your First Siri Command

How to cultivate your creative brain Creativity at Work Dr Shelley Carson, a Harvard–based researcher on creativity, psychopathology, and resilience, has devised a useful framework for developing creativity. In her book Your Creative Brain, she describes the seven “brainsets” or functions of creativity. (Based on findings from neuro-imaging, psycho-physiological studies, and her own research at Harvard.) Carson outlines seven different “brainsets,” or mental frameworks, that facilitate original thinking along with tips on how to cultivate these states of mind. Depending on your personality, some of the brainsets below may feel more comfortable than others.

Collaborative Learning According to Webster's Dictionary, a community is "any group living in the same area or having interests, work, etc. in common." While communities have existed since the beginning of humankind, the growing interest around the concept today is largely a result of the breakdown of the geographic assumption underlying this simple definition. Most communities - whether online or off - share a number of qualities and characteristics: they are held together by distinct operating norms; members are distinguished by their formal and informal roles; trust must be built to ensure quality interactions; and a shared sense of purpose serves as the glue that bonds the community together. Communities focused on learning, in our opinion, are only "communities" if they possess these characteristics and engage people in a learning process over time.

10 Engaging Games for Summer Learning For this week's Top Picks List Friday, we're featuring games for summer learning. Anything remotely school related is a total summer-break bummer. But that doesn't mean the learning has to stop. Kids are sure to become engrossed in these great at-home games that are also teacher approved. To see the rating of each app, game, or website, visit the Top-Picks List, Ultra-absorbing Games for Undercover Summer Learning. 5 ways to teach kids to use technology safely - The Answer Sheet This was written by Lynette Owens, director of Trend Micro’s Internet Safety for Kids and Families division. By Lynette Owens The Internet has always been around as far as our children can tell. Today, as many as half of all kids up to age 8 use Internet-connected devices, 7.5 million kids under 13 use Facebook, and 30% of apps on parents’ phones are downloaded by their kids.