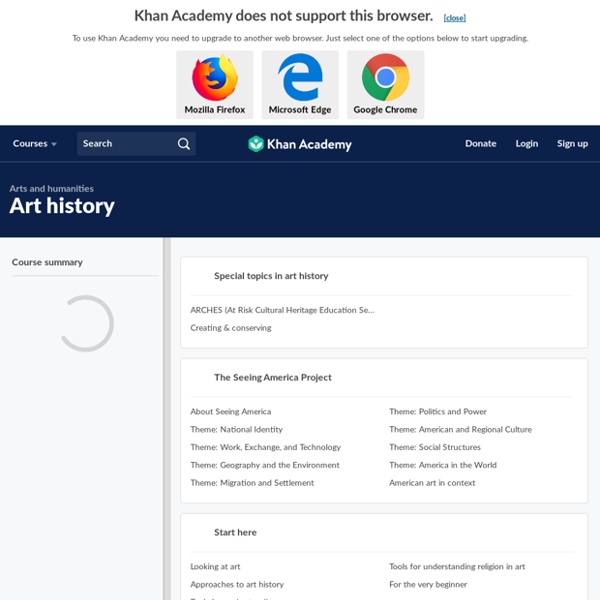 S. Carlo Alle Quattro Fontane - Frencesco Borromini Sources on S. Carlo Alle Quattro Fontane Pierre Charpentrat. Living Architecture: Baroque. London: Oldbourne Book Co., 1967. Princess Artypants: Visual Arts in the PYP: How We Express Ourselves Central Idea: Expression of belief is all around us. Lines of Inquiry: Middle eastern architecture, the roles of pattern in Islamic art These lovely ceramic and glass pieces would have been a great culmination of a unit focusing on Islamic Art but it being the end of the year and given the time it takes to "do clay", we worked backwards. The doors were the first thing we did and then we backtracked and explore patterns and their role in Islamic art.

Francesco Borromini Francesco Borromini (b. Bissone, Lugano 1599; d. Visible Thinking Purpose: What kind of thinking does this routine encourage? The routine helps students make connections between new ideas and prior knowledge. It also encourages them to take stock of ongoing questions, puzzles and difficulties as they reflect on what they are learning. Application: When and Where can it be used? The natural place to use the Connect-Extend-Challenge routine is after students have learned something new. It doesn't matter how much they have learned – it can be a lesson's worth, or a unit's worth. Search - art Looking for a tag in this wiki? We found 2 tags with "art" in their names: art, participants - all tags Final questions: How do you define 'the arts' for this discussion? Why should we incorporate the arts into our teaching and learning?

Science Shows Art Can Do Incredible Things for Your Mind and Body Art's sweet relationship with the brain and body makes a trip to the museum worth it. There's no doubt that art has helped shape society. We build galleries that host priceless creations from the world's best talent. Learning theory: models, product and process Learning theory: models, product and process. What is learning? Is it a change in behaviour or understanding? Is it a process? Visible Thinking Introduction to Thinking Routines Visible Thinking makes extensive use of learning routines that are thinking rich. These routines are simple structures, for example a set of questions or a short sequence of steps, that can be used across various grade levels and content.

Francesco Borromini: Biography of Italian Baroque Architect Borromini's Architecture One of the greatest architects of the 17th century, and a lifelong rival of Bernini (1598-1680), Borromini's famous disputes with his colleague resulted primarily from reasons of personal temperament and artistic sensibility. Borromini achieved his success only with difficulty, and it never seemed definitive; in the end he committed suicide. The embodiment of the extravagant and dramatic style of Baroque architecture, his unconventional approach to building design is evident in his complex spatial compositions, featuring the use of ovals and triangles to suggest movement where surfaces were obviously static. San Carlo alle Quattro Fontane - Architecture of the World - WikiArquitectura Introduction San Carlo, also known as San Carlino, is a Baroque church designed by Francesco Borromini in the seventeenth century. The diminutive is because in 1788, erroneously said that the total of the church was smaller than the size of one of the pillars supporting the dome of St. Peter's Basilica. The diminutive also used to differentiate the small church of others with a similar name was in the area. The nickname of San Carlino, unofficial source, has finally been accepted as valid by the very organization of the church.