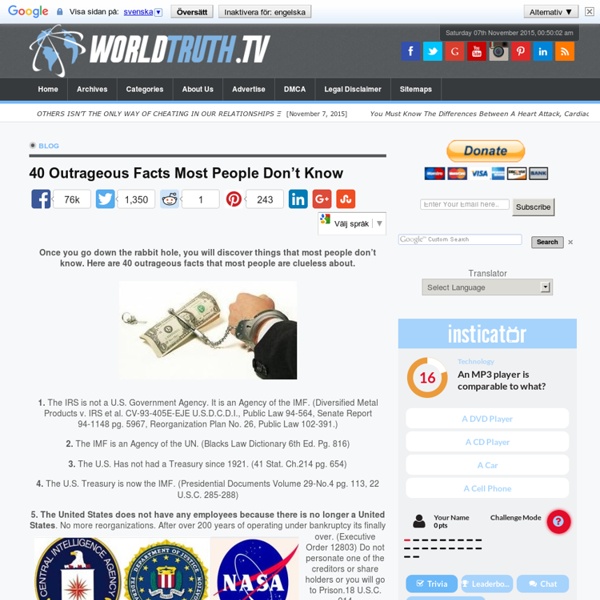 6 Signs You’re Not In Touch With Your Personal Wisdom (And How To Fix It) “Know well what leads you forward and what holds you back, and choose the path that leads to wisdom.” – Buddha While this advice from “the enlightened one” may be easier said than done, it’s safe to say that we have all embarked on our own journeys toward personal wisdom in one way or another. It’s more a matter of how far we’ve come, where we hope to be, and the obstacles currently remaining in the way. Unfortunately, inner wisdom isn’t something that we can learn from a textbook, lecture or lesson. We simply (or not so simply) have to live it. The throws of daily life often lead us astray from these characteristics that we need to focus on, leaving us out of touch with our true selves. Here are 6 ways you could be standing in the way of your own personal wisdom without even realizing it. You’re quick to judge a book by its cover. Preconceived notions about the world and all that it encompasses are like locks on the door to personal wisdom. You don’t learn from your failures. Ursula M.

Government Technology to Read Your Thoughts and Implant New Ones - JeffPolachek.com For purposes of electronic evaluation, electrical activity in the speech centre of the brain can be translated in to the subject's verbal thoughts. RNM can send encoded signals to the auditory cortex of the brain directly bypassing the ear. This encoding helps in detecting audio communication. The EMF emissions from the brain can be decoded into current thoughts, images and sounds in the subject's brain. Of course, the mechanism needs to decode the resonance frequency of each specific site to modulate the insertion of information in that specific location of the brain.

What These Universities Are Doing Is Straight Out Of The Soviet Playbook Recently while in Moscow, I heard a report on the radio stating that the Ministry of Education is putting together educational packets to help Russian children correctly understand the events in Crimea and East Ukraine. The Kremlin is reviving the Soviet model of brainwashing its youth with propaganda biased in Russia’s favor. I seriously doubt they will be given the Western view of Putin’s actions in South Ossetia, Crimea, and East Ukraine. Our educational facilities, once the envy of the world for their tolerance of different points of view, have become cesspools of socialist, anti-American doctrine. On a recent trip to a large state university, I interacted for several days with students. While this process has been going on over the last few decades, conservative parents have been unwittingly funding this effort by paying more and more for their children’s education at these institutions of higher learning.

Great quotes | #581 Here’s a new collection of great quotes by some of the most inspirational men and women that ever walked this earth. If you do like them and find them inspirational or helpful in some way, check out the links below for similar posts. We have created over 20+ of these galleries, so there is lots more to be seen. Also, be sure to inspire your coworkers, friends and family by sharing these quotes with them. More popular posts with great quotes – Inspirational Quotes – Famous quotes to ponder upon Check out all of our galleries with great quotes here:

'New NSA document highlights Israeli espionage in US' A newly revealed NSA document highlights and corroborates allegations carried by Newsweek that Israel aggressively spies on the US, the magazine reported Saturday. Get The Times of Israel's Daily Edition by email and never miss our top stories Free Sign up! The document, among those unleashed by former NSA contractor Edward Snowden and revealed by journalist Glenn Greenwald in his new memoir, carries the assessment that Israel is a good partner to the US for joint electronic spying programs against foreign agents but practices problematic operations. “The Israelis are extraordinarily good [Signals Intelligence] partners for us,” the NSA document says, as reported in Newsweek, “but on the other [hand], they target us to learn our positions on Middle East problems.” The document also said that a 2013 National Intelligence Estimate on cyber threats “ranked Israel the third most aggressive intelligence service against the US” behind only China and Russia, Newsweek reported. Maj.

Sentences that can change your life - Internet Awesomeness 20 Unanswered Forbidden-History Questions Traditional educational systems basically teach us that the history of man only dates back to about 8,000 years ago while religious texts date mankind to approximately 6,000 years ago. It is more than obvious that there a massive push to occlude our true history and origins. While you may not agree with some of the questions, please try to view them with an open mind. As you’ll see, the history we have been taught has been manipulated and obscured from us. Ask yourself (or others) the following questions and feel free to comment at the end of the article! A map drawn on a gazelle skin of an unfrozen Antarctica was found in 1929. 1. The last time Antarctica was not frozen was at least 4,000 BC, so… 2. A tiny figurine made of baked-clay (right) was brought up in amongst the debris churned out by a huge drill bit during the drilling of a well in Nampa Idaho in 1889. 3. 4. According to Darwinism, man evolved from ape. 5. 6. In Ecuador, one large Jade cup and 12 smaller Jade cups were found. 7.

These 8 Psychological Facts Will Help You Understand A Lot More About Life. #5 Is A Game Changer. | Sharing With You Psychology is a powerful thing. It’s responsible for so much of what we do in life whether we’re conscious of it or not. Luckily, we’re here to help enlighten you about your own brain. Here are eight powerful psychological facts that will help you understand a lot more about life. 1). Ever wondered why certains brands pick the colors they do for their logos? 2.) When complementing a child it’s better to focus on the hard work they put in to achieve the result rather than praising their intelligence. 3.) Video gamers are better at lucid dreaming than non-gamers. 4.) A pair of watching eyes whether real or not will make us all more honest, according to research from the University of New Castle. On the days when printed eyes were at the top of the price list rather than a picture of flowers the staff paid more for their coffee. 5.) When you’re in an argument be careful using the word “you”. 6.) Need a yes? When you’re asking someone for something make sure you nod your head. 7.) 8.)

50 Life Secrets and Tips Pt. 2 Investigate what is known about deathWhat do you know about death? You certainly have beliefs around it, but what do you know about the science of death, or of those who have died and been brought back to life? Death is not as big of a mystery as it is made out to be. Do your research before you fear or misconstrue this most universal human experience.Notice the small, beautiful thingsAs cliche as this sounds, there is so much beauty in the world yet we rarely appreciate it. Take 5 minutes, stop doing everything and sit down. Find the supplements suitable for your lifestyleOur diets and habits are nothing like those which are bodies were built for. Wouldn’t it be awesome if you could boldly display 50 life secrets and tips on your wall to serve as a beautiful, daily reminder of how to live a Higher Existence?

FDA To Ban Organic Farming? ‘Farming methods that have been used in America and throughout the world for centuries are in danger of essentially being banned under proposed regulations by the U.S. Food and Drug Administration. Small and large organic farms alike that sell produce would be impacted by the proposed new rules, which would place burdensome restrictions on everything from compost to livestock to water – so much so that many organic farmers will be forced out of business, said Judith McGeary, executive director of the Farm and Ranch Freedom Alliance, a national organization that supports independent family farmers. The restrictions placed on compost would be so severe that it amounts to a ban. Read more: FDA To Ban Organic Farming?

31 Quotes That Will Give You Chills I think quotes have a powerful way of conveying an attitude to you which sometimes resonates so much that you feel ‘chills’ inside. Here’s a list of the quotes which have given me the most of these “chills”. Enjoy! Some people die at 25 and aren’t buried until 75. —Benjamin FranklinMost people are other people. Their thoughts are someone else’s opinions.