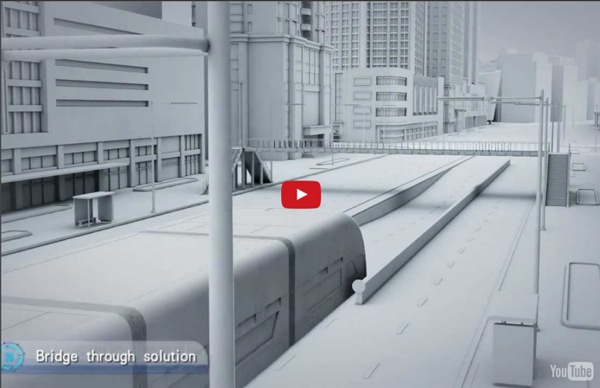 Building A Home Theater System? Do It Right! 10 Crucial Mistakes To Avoid Do an image search for “home theater” and you’ll see photo after photo of huge, lavish theaters with seating for up to twenty (or more!) and giant screens. These ideals are every tech geek’s dream, but let’s face it; most of us don’t have the money or space. Instead, home theater systems are usually placed in living rooms or, if you’re lucky, a small bedroom or office dedicated to entertainment. Home theater design in a normal room, where every element can’t be controlled, is more difficult – which leads to some common mistakes. Don’t Look Up Humans aren’t built to look up. This means your television should ideally be mounted so that its center is somewhere between 3 and 5 feet off the floor, depending on the height of the seating in your home theater. Don’t Sit Too Close – Or Too Far Away We all know that our proximity to an object changes what we can perceive, yet many people forget this fact when putting together a home theater system. Don’t Let The Sun Ruin Your Theater Don’t Over-Budget

Samsung Galaxy Gear Exclusive unoffical 3D render ► Flying Car - Pal-V One This Man Is Not an Artist, But His Robots Are Absolute Maestros | Wired Design From left, Paul V. Riess, co-founder and creative director, Dr. Acworth, and Blake Goodwin, director of operations, discuss an upcoming presentation one morning at the Artaic offices in Boston.Photo: John Tully/Wired This could be natural stone marble quarried from Carrera Italy to body porcelain fired in a kiln in Arkansas,” says Acworth. To tell the robot what to do, they created command line software that converted a design file into XML that the robot would understand. “It’s like a throwback to the days of 256 web safe colors and DeBabelizer,” says Reiss. It’s managing the inventory rather than the robot that Acworth says is Artaic’s secret sauce. Every tile as a supply story with it, says Acworth. Because the robot is so fast, getting the tile usually takes longer than making the project. Once the tile are in Artaic’s facilties, Acworth’s final challenge is keeping the robot fed. His first line of defense is by training their suppliers to meet Artaic’s needs.

Lego Jukebox - disc placement demo About the Aerial Camera That Spotted the Second Boston Bombing Suspect When Dzhokhar Tsarnaev, the younger of the two Boston bombing suspects, was discovered hiding in a man’s boat just outside the perimeter police had set up to search for him, the cops took no chances. Rather than sending officers right in and risking injury, they enlisted the help of an impressive aerial camera to confirm his location and then keep watch as police tried to coax him out. The camera, developed by the FLIR corporation, is called the Star SAFIRE III, and it’s the one behind all of the infrared shots of Tsarnaev in the boat that spread like wildfire all over the Internet this weekend. Here’s one of those pictures: To be accurate, camera isn’t even the right word, FLIR prefers the term “multi-imaging system.” Speaking with Gizmodo, FLIR President Andy Teich explains why the camera was ideally suited for the job it got: One of the unique capabilities of the camera is … [its] imaging in the midwave region … There are many plastics that become transparent in those wavelengths.

Dope: Full Electric Tron LightCycle by Parker Bros Choppers! Mind-Blowingly Perfect Water Simulation Is Now A Reality That kinda shows the sad part of this. Hardware was able to do this for years already, but no game saw need to implement it and focused on other parts of graphics and gameplay. I remember that duck game the PS3 had. Complete water simulation with ducks and sharks. It was a good time waster. Actually, a lot of games HAVE taken advantage of the kind of water effects shown in the duck video. For clarity, I'm no expert, so I can't really go into the technical mumbo jumbo details. Oh, and some games the duckey water has been used: Gears of War 2/3, F.E.A.R., Resistance 2/3, and more. Usually things like refraction, dynamic meshes, and improved water shaders like seen in the duck video are more in part of a standard library built in to engines these days.

Google introduces $35 Chromecast streaming stick Don't Go Near The World's Champion Rainbow Watcher. It's Mean. Very Mean : Krulwich Wonders... A few months ago on Radiolab, we did an hour on color, which included a segment on rainbow watching. We imagined a man, a dog, a sparrow and a butterfly all gazing at the same rainbow and we asked: How many colors does each see? Dogs See Bleaker Rainbows We humans see seven. Our dogs, however, see only three. So those glorious bands of red, orange, yellow, green, blue, indigo and violet, to a dog become a sad blur of green, blue and a dash of yellow. Sparrows see even more colors than we do, butterflies still more, which got us wondering: Is there a world champion? It turns out, there is. Not an eagle. Why would an animal that lives underwater and doesn't even gaze at the sky, why would it have the best color sense? Matthew, one of my favorite artist/reporter/storytellers, heard our show and this week on his blog, The Oatmeal, he went all out, producing this rhapsody. Click here or on the image below to read the comic.

Pressure Cooker Tesla Model S - Megafactories HD 720p Super Carros 6 Things I Bet You Didn’t Know You Could Do with Google Some of the tips below are effortless to implement and save you a lot of time and energy when dealing with these issues. Let’s start with the first proof of the awesomeness of Google… 1. Create unlimited disposable email addresses with Gmail If you add dots (.) between the letters of your Gmail username, sending an message to the new username will get forwarded to your original email (which is without or with only 1 dot.) It doesn’t matter how many dots you’ll add between your username, all of the emails sent will go to your original email. Gmail doesn’t recognize dots as characters within usernames, you can add or remove the dots from a Gmail address without changing the actual destination address; they’ll all go to your inbox, and only yours. homerjsimpson@gmail.com = hom.er.j.sim.ps.on@gmail.comhomerjsimpson@gmail.com = HOMERJSIMPSON@gmail.comhomerjsimpson@gmail.com = Homer.J.Simpson@gmail.com All these addresses belong to the same person. Why is this helpful? 2. So here we go: Results: