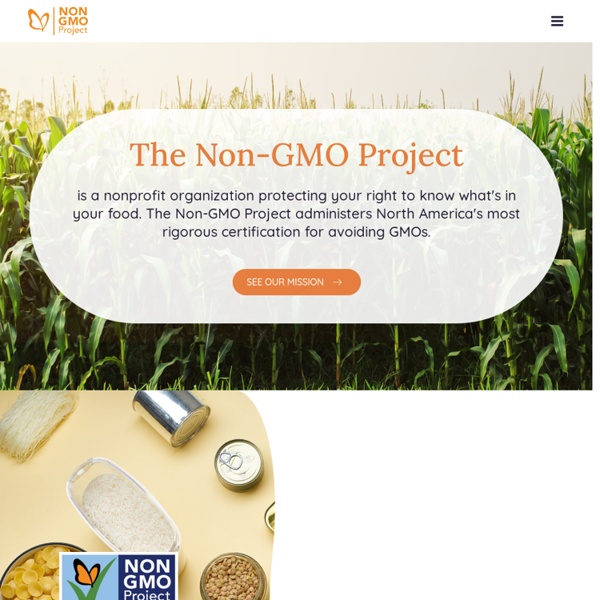 Schule Mühlenbau Home Our strong points: Quality and innovation For more than 100 years we have been fully conversant with the methods of grain processing, including modern treatment processes for legumes, oilseeds, tea, and spices. Cereals and legumes bayer's aventis cropscience - public enemy no. 1 in the UK undefined "In the future, only a few companies will be able to shape the developments in this industry - Aventis CropScience… will be one of them" So said Jurgen Dormann, Aventis CEO when Aventis (formerly AgrEvo) was created in December 1999 by the merger of Germany's Hoechst (AgrEvo was their joint company with Schering) and France's Rhone-Poulenc's Agro.

Monsanto Losing Its Stranglehold on European Crops Thanks to Public Opposition, Moving Efforts to US Instead Just one week after Italy told Monsanto exactly where they can plant their GM maize, Monsanto has come out with a statement saying they will no longer appeal to the European market for GM crop approval. Monsanto, will instead, invest "several hundred million dollars" in Europe over the next 10 years to expand conventional seed production and breeding. Just last year the Agribusiness giant, BASF also halted its GM crop development in Europe and moved its plant research headquarters to the US. Numerous types of GM crop applications will be withdrawn from Europe according to Monsanto, including:

The Millions Against Monsanto Campaign New: OCA's Millions Against Monsanto and Factory Farms Truth-in-Labeling Campaign Stop Monsanto's New Frankencrops Don't Let the USDA Approve Monsanto's RoundUp Ready Alfalfa! Stop Monsanto's Frankensugar! U.S. Department of Agriculture Agencies and Offices A list of all Agencies and Offices within USDA Farm and Foreign Agricultural Services Commodity, credit, conservation, disaster, emergency assistance programs... Food, Nutrition and Consumer Services The Great American Genocide We’ve reached the point that any person with critical thinking skills can no longer deny that we are being deliberately poisoned. Nearly everything that is reasonably priced to eat or drink is actually toxic. The glowing health claims and the stamps of approval from the EPA, the FDA, and USDA, are fraudulent smoke and mirrors – people are actually being deceived into spending money to purchase the substances that will lead to disease and demise. A chemical warfare has been declared on us. The battlefields are our homes, the grocery stores, the pharmacies. This is genocide, and we are the intended victims.

Scientists Link Monsanto’s Glyphosate To Birth Defects by Arjun Walia Another credible study can be added to the list of research that shows how Monsanto’s glyphosate, otherwise known as ’roundup herbicide’ can be hazardous to human health. This time, its been linked to birth defects. Leaked Cable: Hike Food Prices To Boost GM Crop Approval In Europe In a January 2008 meeting, US and Spain trade officials strategized how to increase acceptance of genetically modified foods in Europe, including inflating food prices on the commodities market, according to a leaked US diplomatic cable released by WikiLeaks. During the meeting, Secretary of State for International Trade, Pedro Mejia, and Secretary General, Alfredo Bonet “noted that commodity price hikes might spur greater liberalization on biotech imports.” It seems Wall Street traders got the word. By June 2008, food prices had spiked so severely that “The Economist announced that the real price of food had reached its highest level since 1845, the year the magazine first calculated the number,” reports Fred Kaufman in The Food Bubble: How Wall Street starved millions and got away with it.

Homepage I teach undergraduate and graduate courses in Community, Food and Agriculture (45% of my appointment). My research focuses on the “food system” (55% of my appointment). The food system involves all of the steps required to produce food and get it to our plates–from farming and processing to distribution and consumption. My work is unified by three main questions, (1) what changes are occurring? (2) what are the impacts of these changes on communities? 10 Things I Wish All Americans Knew About Toxins There are currently 82,000 synthetic chemicals in the foods we eat, the toys our children touch, the products we use to clean our homes, the air we breathe, and the cosmetics we apply to our skin—and only a fraction have ever been tested for safety. What do we really know about how they affect our health? If so few have actually been tested, how can any company claim that their chemical-laden products are actually safe? If some chemical levels are considered “acceptable,” what happens when these chemicals react to each other inside of us?

The 10 GMO Myths That Monsanto Wants You To Believe Daisy LutherActivist Post Monsanto and their biotech buddies would have you believe that they are super-heroes, set on saving hungry children from starvation wearing a dazzling fake-green cape. In fact, in a recent attack on activists, Monsanto’s CEO Hugh Grant said that because critics “can afford” organic food, we don’t care about the plight of those who can’t afford it. “There is this strange kind of reverse elitism: If I’m going to do this, then everything else shouldn’t exist,” said Grant. “There is space in the supermarket shelf for all of us.” Even Monsanto’s website is on the defense, with page after page attempting to justify what the biotech industry is doing to our food supply.