Is There Scientific Proof We Can Heal Ourselves? Lissa Rankin, MD at TEDxAmericanRiviera 2012 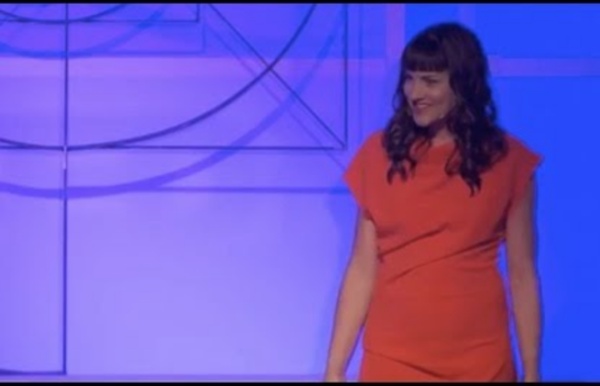 Data | Personal data for sale NYU ITP graduate student Federico Zannier collected data about himself — online browsing, location, and keystrokes — for his thesis. As he dug into personal data more and looked closer at company privacy policies, he wondered what it might be like if individuals profited from their own data. That is, companies make money using the data we passively generate while we browse and use applications and visit sites. Enter Zannier's Kickstarter campaign to sell his own data for $2 per day of activity. I started looking at the terms of service for the websites I often use. Clearly this is more of a statement and conversation starter, but what if? There's about a week left in the campaign, and it's well past the goal.

Psychology | The Trauma & Mental Health Report Farm School NYC Vaxxed: From Cover-Up to Catastrophe Official Website In-Vesica Beginnings Healer In-Vesica mixed media collage by Allison L. Williams Hill The beginnings of understanding and communing with Spirit in-vesica move us to our origin but, in this world, feels like a strange state. Being lead in faith is not a lesson most of us receive while we are impressionable. When we step over the threshold after trusting that which is unseen, a tremendous load of skepticism, distrust, and uncertainty lifts. Vesica Piscis is the geometric term for two circles intersecting each circle's center. It is within that space where a medium is receptive to all kinds of knowledge and gathers information; a psychic "sees" any existence past, present or future, and a healer administers energy to a being in need. River II by Allison L. A medium bridges the physical world and the spiritual world, the seen and the unseen. <A HREF=" The books above are only some of what I've come across over the years. in-vesica. With Krishna by Allison L.

A Pyramid Map of the World’s Biomes Pyramids don’t occur naturally (1). But this strange pyramid maps a lot of things that do. They’re called biomes, and they are arranged pyramidally to show where, why and how they occur. A biome is a biological community of flora and fauna that has formed in response to a certain climate type. Add ‘em all up, and you have a biosphere - our biosphere. As indicated below and to the right of the pyramid, the two main determinants for each biome are temperature (hot/cold) and moisture (wet/dry). The temperature factor has to do with a biome’s longitudinal location: hotter near the equator, colder near the poles (and also with its altitude: higher means colder). This pyramid is an abstract rendition of either half of the globe: the same biomes can occur in both the northern and southern hemispheres. The next level of the pyramid is occupied by boreal forests, also known as taiga (loaned by Russian from Yakut, where it means ‘impassable forest’). Strange Maps #859 Got a strange map?

Controversial Vaxxed film premieres in New York despite scientists' outcry | Society A film that asserts vaccines are linked to autism, despite broad scientific consensus to the contrary, had its first screening at New York City’s Angelika Film Center, just days after organizers of the Tribeca Film Festival dropped the film after outcry from concerned scientists. Film-makers hope the first showing of Vaxxed: From Cover-Up to Catastrophe will stir enough interest to warrant wider release of a film that has dismayed scientists and riled so-called anti-vaxxers. The film was screened despite a lack of scientific evidence to buttress its conclusions: that vaccines are dangerous and responsible for rising autism rates. “We were in dialogue with the theater before Tribeca, trying to book [the Angelika] for June,” said Beth Portello, a spokeswoman for Cinema Libre Studio, a small film distributor whose most recognizable hit was Outfoxed, a documentary about the Fox News empire. Wakefield’s research has been widely discredited.

Profiles: The Demon-Lover “The Hour of the Wolf,” a film that is probably the darkest of Ingmar Bergman’s journeys into his shadowy interior, the protagonist, an artist beset by night sweats, is fishing off a craggy promontory on an island where he has come to live. A pesky young boy materializes and by degrees invades the artist’s tranquillity. They grapple; the boy scrambles onto the artist’s back, tearing at his neck and trying to devour him. The artist smashes the boy against the cliff, then beats his head in with a rock, and finally, with a curious gentleness, lowers the vanquished demon of childhood into the sea. The flat, windswept island in “The Hour of the Wolf” (1968) recalls Fårö, in the Baltic Sea, where Bergman, now eighty, spends most of his time. Bergman, who watches “The Phantom Carriage” once a year on Fårö, and who cast Sjöström memorably as the aging professor in “Wild Strawberries” (1957), also revisits his family in his work, but his method is the opposite of Lagerlöf’s idealization.

Vaxxed review – one-sided film leaves the elephant in the room | Film Despite continued notices by leading medical journals that there is no connection between vaccinations and autism, some persist in claiming that one exists. Adding fuel to this fire is the controversial documentary Vaxxed: From Cover-Up to Catastrophe, making its theatrical debut in New York this week. Whereas other conspiracies are easily shrugged off, the fact this revolves around protecting children has given the film more attention, even though the research behind it has been thoroughly debunked. The director, the former doctor Andrew Wakefield, is presented in the film as one of three or four key, highly educated talking-head witnesses. (Another, the credits reveal, is the film’s producer Del Bigtree.) At no point does the movie address or deflect the elephant in the room: that the British gastroenterologist and researcher has been struck off as a licensed doctor. Wakefield’s credibility is not a small sticking point. Circumstantial evidence, to be sure, but it is effective.