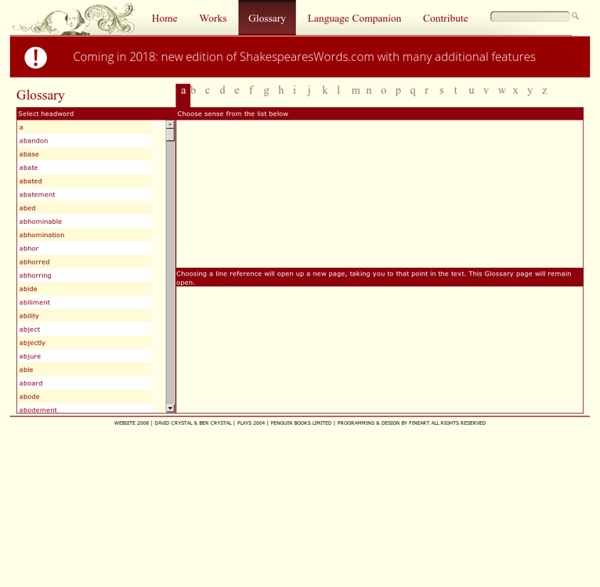 The History of English: Spelling and Standardization (Suzanne Kemmer) The History of English Linguistics/English 395, Spring 2009 Prof. Writing systems and alphabets in England English has an alphabetic writing system based on the Roman alphabet that was brought to Anglo-Saxon England by Christian missionaries and church officials in the 600s. Alphabetic writing systems are based on the principle of representing spoken sound segments, specifically those at the level of consonants and vowels, by written characters, ideally one for each sound segment. The Roman alphabet and Anglo-Saxon The Roman alphabet, being designed for a language with a very different phonological system, was never perfectly adapted for writing English even when first used to represent Anglo-Saxon. Writing in Anglo-Saxon: Variation and incipient standardization Norms for writing words consistently with an alphabetic character set are collectively called orthography. Reading is also apparently swifter the more familiar the form of the written words are. The Reformation and Renaissance

The Nardvark: IB English If you get the joyous privilege of studying a poem with rhythm and metre, you need to understand what rhythm and metre mean. No matter how many times Nardvark’s teacher explains it, no matter how many diagrams and Powerpoints she uses and how many times she claps her hands, Nardvark just doesn’t get it. And that’s NOT because he is sitting in the back of the classroom reading his friends’ tweets from math class, honest! Rhythm: George and Ira Gershwin had rhythm. Eg: Mary had a little lamb, its fleece was white as snow. In the well-known nursery rhyme, the syllables that your voice stresses when you say them are bold. Eg: I've got the moves like Jagger. In the well-known song lyric above, every second syllable is stressed. OH! So where does the “Pentameter” part come in? Ok, we’re getting to that. There are other rhythms besides iambic. Meters with two-syllable feet are: IAMBIC (da-DUM, or x /) eg: I've got the moves like Jagger. Meters with three-syllable feet are One foot = monometer

Forma-te - Downloads - Áreas Técnicas Mediateca de formação para formadores e professores de acesso livre e gratuito. Faça o download de milhares de Recursos Formativos / Educativos Abertos (manuais, ficheiros e apresentações PowerPoint). Ficheiros: 1 - 2 - 3 - 4 - 5 - 6 - 7 - 8 - 9 - 10 - Avança - Fim Sonnet  18: Shall I compare thee to a summer’s day? by William Shakespeare Shall I compare thee to a summer’s day? Thou art more lovely and more temperate: Rough winds do shake the darling buds of May, And summer’s lease hath all too short a date; Sometime too hot the eye of heaven shines, And often is his gold complexion dimm'd; And every fair from fair sometime declines, By chance or nature’s changing course untrimm'd; But thy eternal summer shall not fade, Nor lose possession of that fair thou ow’st; Nor shall death brag thou wander’st in his shade, When in eternal lines to time thou grow’st: So long as men can breathe or eyes can see, So long lives this, and this gives life to thee. Discover this poem’s context and related poetry, articles, and media. Poet William Shakespeare 1564–1616 POET’S REGION England SCHOOL / PERIOD Renaissance Subjects Nature, Relationships, Summer, Love, Romantic Love, Classic Love Occasions Engagement, Anniversary, Weddings Holidays Valentine's Day Poetic Terms Sonnet

World Lit Assignments: Advice « IB English A1 by Mr. MacKnight (80) on January 24th, 2008 As an assistant examiner for the IB, I mark World Lit essays every year. Here is an excerpted version of the examiner’s report that I submitted last year after finishing my marking. It highlights some of the common problems so that you can avoid them! 1. Not surprisingly under such circumstances, most students simply retail ideas that their teachers or other sources have fed them. The assignment(s) I am submitting is (are) my own work. Failing to acknowledge use of their teachers’ ideas with a simple ‘as discussed in class’ casts suspicion on the provenance of every other observation they make. Literature as ‘The Search for Hidden Meanings’ and students’ retailing of potted interpretations go together, of course. 3. Other miscellaneous comments: Assignment 2: be sure to label 2a, 2b, or 2c, depending on your choice. Label essays ‘Assignment 1′ and ‘Assignment 2′. Page citations should be unobtrusive. 36 people like this post.