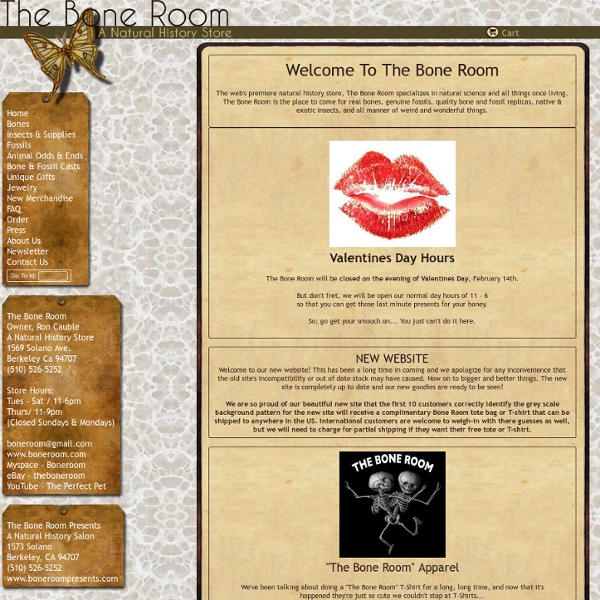 Phil Hine - Oven-Ready Chaos Strange Science: The Rocky Road to Modern Paleontology andBiology Chaos The mind is not contained to the cranium. It's province is of the infinite imaginative spirit. - Synaptic Stimuli External Stimuli : Jung-Yeo Min Related Stimuli : MARS 1 chaotefreedom An app that aims to program your perfect dream Whether it is a stroll on the beach, sitting in a tranquil garden or a trip in the space shuttle researchers are testing a new iPhone app in a mass experiment to see if it is possible to craft the perfect dream. Developed by British psychologist Richard Wiseman, a professor at the University of Hertfordshire in England, the Dream:ON app plays a soundscape to evoke the sensation of being in a particular environment during the stage of sleep when dreams occur. “If it’s birds tweeting, then the idea is that you’ll hear birds tweeting in your dream,” said Mr. Wiseman. There are 20 soundscapes with themes such as Wild West, Space Shuttle and A Trip to Tokyo. After choosing a wake up time and soundscape, the user places the iPhone face down on the mattress and the app monitors body movements throughout the night. During the last 20 minutes of sleep, the app plays the soundscape if the dreamer is in REM sleep, a state when body movements are suppressed and dreams most likely occur. Mr.

1902s Women of the Future Trading Cards JF Ptak Science Books Quick Post Again from the interesting and charming La Boite Verte website I've found an interesting suite of French photographic postcards. This set concentrates on the possible occupations of women in the future ("avenir"/"future"), and printed in 1902 by A. Its interesting to see that seeing into the future of professions and callings for women didn't habe to "see" all that far, with all of the professions being attained within the next 50-75 years. [Source: Le Boite Verte and Fantasies Bergeret] The Anthropology of Garbage - Columns Magazine March 2010 - The University of Washington Alumni Magazine Jeff Corwin Photo The Anthropology of Garbage Lecturer Jason De Leon explores modern migration Story by Jeff Bond Photos by Jeff Corwin The toddler's scuffed white shoe bears the words of an anguished loved one far away. "I'm going to miss you" is penned in Spanish in one place, "I'm going to miss your kisses" is written in another. Who owned the discarded shoe and who wrote the words of love may never be known. The shoe is one of hundreds, if not thousands, of discarded items De Leon has collected at sites around the Mexican border in his work to better understand one of the world's largest ongoing modern-day migrations—the exodus of millions of Latinos into the United States. It is estimated that more than half a million immigrants attempt to cross the border in southern Arizona each year. A boot recovered by De Leon in the desert around the U.S. That is something De Leon hopes to change through his Undocumented Migration Project (UMP). A framed picture of a Catholic saint found by De Leon.