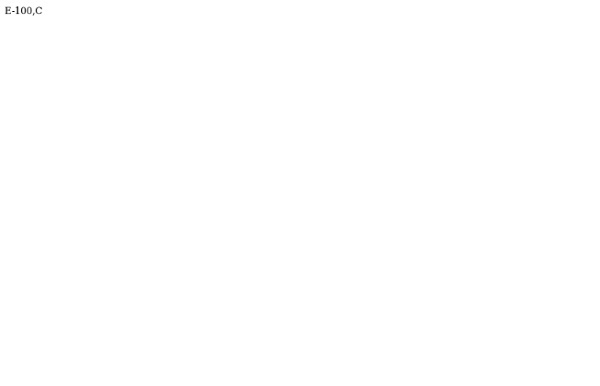 The Sifter's Top 10 Homes of 2010 If you’re a regular reader of the Sifter you’re familiar with my real estate fascination. I love posting all types of homes. From the unique and interesting to the grand and opulent. Below you will find a collection of the Sifter’s Top 10 Homes from 2010. Click any picture or link to be taken to the original post, enjoy! Sketchbook Secrets: 50 Beautiful Sketchbook Scans - StumbleUpon The sketchbook is—to borrow a term from the new millenniums’ popular discourse—an artist’s BFF. It’s a diary for the visually inclined—a place where artists can most comfortably explore their personal thoughts, work out their visual needs, practice, maintain a visual history, and hopefully create the unpolished work that will eventually lead to amazing work for the world to see. But, sometimes, when we’re lucky, we get to see the process.

circle packing « un didi Follow Get every new post delivered to your Inbox. Join 50 other followers Powered by WordPress.com Marlins Park in Miami, Baseball’s Newest Stadium Lumbering and dizzyingly white in the Florida sun, the new Marlins Park is an elliptical concrete, steel and glass boulder looming above the low-rise houses and empty lots of the Little Havana neighborhood. With retail on the outside and a public plaza in front, it’s designed partly to gin up some street life. Economic development is supposed to follow — that was the rationale for the public financing that covered most of the $634 million project ($515 million for the park itself) and contributed to the recall of Miami-Dade County’s mayor. Cities are always building new stadiums with the justification that they’ll catalyze the local economy. They rarely do. At the same time, the ballpark is unlikely to satisfy aficionados of the latest trends in architecture, but it is nonetheless a modern building, with genuine panache, as opposed to another pastiche.

Remarkable Contemporary Home by Mizuishi Architect Atelier & Luxury... Remarkable and contemporary home by Mizuishi Architect Atelier Mizuishi Architect Atelier have designed the River Side House in Horinouchi, an incredible, comfortable and contemporary house which stretches the imagination in terms of perception, space and aesthetics. The exterior of the house is purposely underwhelming, which merely adds to the magic of the residence. Built on a tiny, triangle site, the River Side House combines efficiency with luxury living in a way never seen before. The interior of the home is inconceivable – taking into account the exterior – and houses surprisingly spacious, well-organized and comfortable living areas. Sleekness, elegance and simplicity are key aspects in this house, as the architects have distorted space to fit an excellent sized kitchen and comfortable living space on the ground floor, while a bedroom, bathroom and loft area are all perfectly fitted on the first floor.

Beautiful Bathroom Ideas by Pearl Baths - new bathtub Ambrosia Like this article? Share it: For beautiful bathroom ideas blend nature with minimalism, with the new Ambrosia bathtub by Pearl Baths, a division of popular bath staple Maax. Overlooked Feminist Architect Gets Her Due It was a cold January day in 2011 when I had last seen the Hotel Lafayette, the grand French Renaissance Revival styled brick that sits on the corner of Washington and Clinton Streets in downtown Buffalo, New York’s Lafayette Square. Built between 1901 and 1904, it was originally designed by Louise Blanchard Bethune (1856-1913), lead architect on the project with her firm Bethune, Bethune & Fuchs, which included her husband Robert Bethune and former apprentice William L. Fuchs.

Travel Guides, Luxury Travel and Travel Info Bran Castle situated near Bran and in the immediate vicinity of Bra?ov, is a national monument and landmark in Romania. The fortress is situated on the border between Transylvania and Wallachia, on DN73. Commonly known as “Dracula Castle” (although it is one among several locations linked to the Dracula legend, including Poienari Castle and Hunyad Castle), it is marketed as the home of the titular character in Bram Stoker’s Dracula. There is, however, no evidence that Stoker knew anything about this castle. The Astounding Design Of Eixample, Barcelona Constructed in the early 20th century, Eixample is a district of the Spanish city of Barcelona known for the urban planning that divided the district into octagonal blocks. Influenced by a range of schools of architecture, Eixample Barcelona was designed in a grid pattern with long streets, wide avenues, and rounded street corners. Despite being in the center of a thriving European metropolis, the district provides improved living conditions for inhabitants including extensive sun light, improved ventilation, and more open green space for public use.

CNC carpentry: the 'selfsupportingframework' Two students working on load-bearing systems in the architecture department at Kassel University, Mischa Proll and Andreas Günther, have taken advantage of the wide range of design techniques available and breathed new life into a one-hundred-year-old construction concept. The traditional reziprocal frame consists of short wooden joists, whose ends are carpentry-joined to a surface structure. With consistant types of profiles, lengths of elements and positions of the knots on the axises, a dome shape is created. The first documenting of such a framework, also called a „mandala roof“, dates back to the 12th century, according to the students' research, when a Buddhist monk by the name of Chogen created designs for temples, whose influence can still be seen today in the architecture of domes in China and Japan. The variation of individual parameters, for instance changing the join between two elements, leads to a change in all the other subsequent joins.