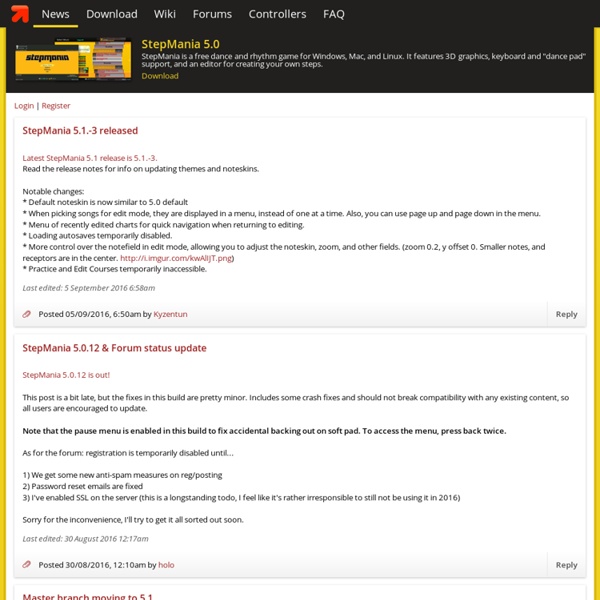 TIGSource Words That Follow - Choose a name Recent Updates April 2, 2013 - Player list bug fix I have fixed a bug that was showing names in the player list incorrectly when they contained certain characters. I have also made a pretty major overhaul of the code that should be transparent to you, but if you come across any weird errors that weren't there before, please let me know. January 20, 2013 - Player cap added I have added a player cap of 30 people until I can come up with a way to reduce the resource usage that a high number of players has been generating. How to Play Words That Follow is a multiplayer game of photo captioning. Next, you are shown a list of all the captions that the rest of the players wrote. At the end of the round, all the votes are counted and you gain points for each vote you received. In addition to the extra points in the final round, players are also presented with a special rule that should be followed. So, why are you still reading?

osu! DoujinStyle.com IndieGames [By Armin Ibrisagic] Our relationship with DLC at Coffee Stain has been quite rocky. For Sanctum 1, we initially decided to do tons of small DLCs where you could buy a tiny additional piece of content for $1, and we'd let players choose themselves what content they wanted to buy. That didn't turn out great, after only a few months, we had a clustermess of 10 different DLCs, each priced at $1 each, new players had no idea what to buy, and just adding every single one to your Steam cart was a nightmare. For Sanctum 2, we decided to do a Season Pass with big expansions that added tons of more content. That was better than in Sanctum 1, but still not quite as good as we expected. For Goat Simulator, we have decided to do completely free updates.

Freeware Database Elona Eternal League of Nefia - Official Site Introduction Elona is a freeware roguelike RPG. Downloads Latest stable version of Elona:Elona 1.16rfix2b (about 27MB) Platform: windows xp,vista(Optional)Elona mp3 pack: mp3pack.zip (51.3 MB) A collection of mp3 musics. Beta(Under development) versions: and tons of bugs await you! Sorry for being late with the update! Edit: Updated the Elona graphic pack Added the Elona Graphic Pack made by Odabutsu to the download section. The version 1.19 of Elona has been removed due to some copyright problem in the recent change in item graphic. Deleted old news and added a link to Dattan's blog. Happy Christmas! * Added New Year's monetary gift. * Holy Night Festival in Noyel. * Other small bonus features.