SeatGuru - Your Guide to Airplane Seats and In-flight Amenities 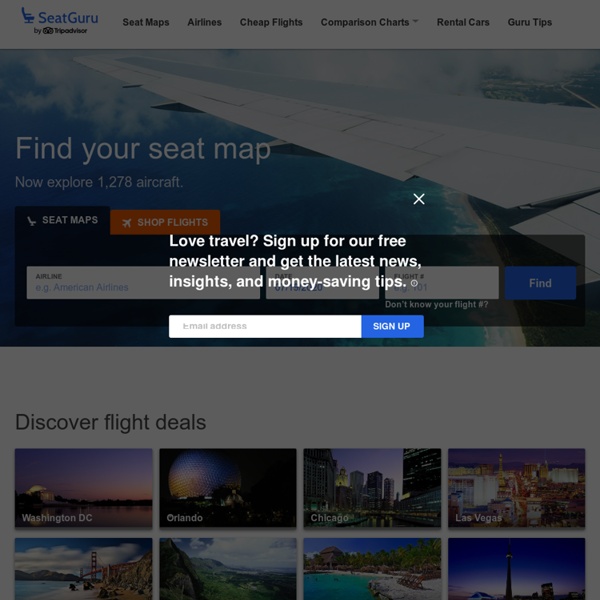 Are Wikis the Best Format For Travel Guides? Wikia, a for-profit offshoot of Wikipedia, will announce the launch of a free, editable “worldwide guide of places to go and things to do” on Monday, called World Wikia. The content is very light for now, although for an example of how this might look down the road see their deep content on Roman churches. They will also announce a number of partnerships with commercial publishers to open-source their content and get it up on Wikia. Travel is a big category – if Wikia can pull off a large number of page views they’ll make good money on high CPC contextual ads, their primary revenue source. I imagine demand will quickly develop for a downloadable version of individual cities (or the whole travel section) for mobile devices – something that’s been available for wikipedia for some time.

International Business Culture, Business Etiquette, Customs and Protocol World66 Travel Guide Strange statues around the world | haha.nu - interesting findings over the net This is one of our most successful post ever. In fact, with this post, haha.nu is known to the world through several big world medias, incl. Yahoo! 7 TV, Deutsche Welle, MSN, Daily Mails… Through the years, we transformed this post to our own pictures server, but now we will just reuse the blogzine to re-post the photos as a series, like several series we already have here @ haha.nu. In the future, new statue additions will be added as posts to the series too. haha.nu.Strange statues around the world series. @ haha.nu