Why We Need Common Core: "I choose C." 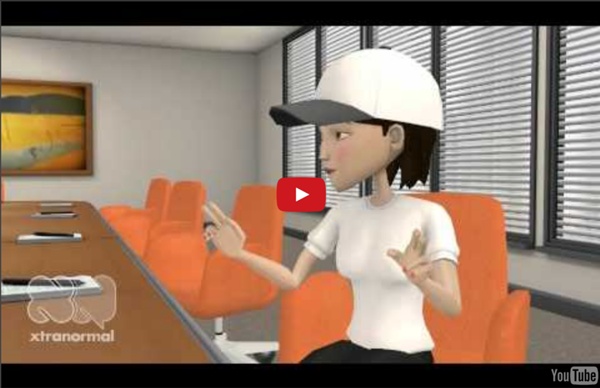 Quick Guide to the Common Core: Key Expectations Explained - Vander Ark on Innovation How the Common Core Will Change the Way Teachers Teach and Students Learn Guest Post By Adam Berkin, vice president of product development at Curriculum Associates Since the Common Core State Standards were introduced, there has been much discussion about what they mean for educators and students and how they will impact teaching and learning. While the standards have been adopted by 45 states and 3 territories so far, there is a lot of concern, anxiety, and debate around what is best for students, potential challenges for teachers, and what implementation should and can look like. While many educators, parents, and concerned citizens have delved deep into the world of Common Core and understand the detail and complexity, most people have only a cursory understanding of the changes that are taking place, and some only know that changes are coming but don't know what they mean.

Marking and Work Scrutiny How would you go about monitoring marking consistency and student progress across a large secondary school; as well as aiming to reduce teacher’s workload? Feedback: Last week I asked you this; In our school, we do not grade individual lessons as we understand that a wider evidence base, developing the teacher in a progress-over-time methodology is required. Our evolving a mark-plan-teach philosophy, alongside a range of tools, strategies and sources of evidence has also been designed and considered throughout. Common Core State Standards Initiative - Advocacy The Common Core State Standards (CCSSI) is a joint effort led by the National Governors Association Center for Best Practices and the Council of Chief State School Officers to develop a common core of K-12 standards in English language arts and Mathematics. Read more about National PTA's position on Education Standards. The goal initiative is to develop internationally-benchmarked standards that ensure all students are held to consistent expectations that will prepare them for college and career.

Phil Daro: Mathematics Common Core Standards More SERP math stuff Against Answer-getting Planning Chapters, Not Lessons These define the content of a student's mathematical character. - Phil Daro Phil Daro Mathematics Common Core State Standards Harvard Education Letter Students in Hayley Dupuy’s sixth-grade science class at the Jane Lathrop Stanford Middle School in Palo Alto, Calif., are beginning a unit on plate tectonics. In small groups, they are producing their own questions, quickly, one after another: What are plate tectonics? How fast do plates move? Why do plates move? Do plates affect temperature? Education Update:Seeing Beyond the Glass Half-Full:Supercharge Parent Communication Throughout my doctoral studies and work as an instructional coach, my observations have exposed me to a variety of best practices. One key to student success is the partnership between schools and families. Technology, I've observed, is a quick and often easy way to strengthen this connection. From apps that allow teachers to provide parents with reminders to blogs where students share projects and schoolwork with parents, the potential for engagement is limitless. Keep parents up-to-date on homework and events. Websites like Remind, a free and secure messaging tool, let teachers create an account, set up a class, and send text messages to parents and students about school and classroom information.

Common Core Standards and PBL The first question about Common Core State Standards, What will they look like?, has been answered. The answer is: Very different. The internationally benchmarked standards will emphasize creativity, collaboration, critical thinking, presentation and demonstration, problem solving, research and inquiry, and career readiness. The second, more challenging question is, How will we teach these new standards? For several years, the winds of change have been howling in one direction, pointing educators toward greater focus on depth rather than coverage, thinking rather than memorizing or listing, and demonstrating and performing rather than "hand it in and grade it."

International Schools International Teaching Magazine Over 20 years ago I made a huge decision to leave the beautiful south coast city of Brighton, home for over 15 years, to go and live and work in Jakarta, Indonesia. It was a big adventure and one of the best things I have ever done. The first few weeks held many new experiences not least of which was learning to speak some basic Bahasa Indonesian. That in itself was interesting. The language was easy to grasp and the letters and sounds were the same as English, more or less.

Federal Registry for Educational Excellence FREE Features These features originally appeared on the FREE.ED.gov features blog. The features highlight resources and ideas related to holidays, awareness months, anniversaries and seasonal topics. January February ‘Big data’ was supposed to fix education. It didn’t. It’s time for ‘small data.’ (Original photo by Bigstock Washington Post photo illustration) For over a decade, “big data” and “analytics” have increasingly become a part of the education world. (Big data is a term used to describe data sets so large that they can only be analyzed by computers, and analytics is used to describe how the data is collected, analyzed and used.) Big data lovers believe the information can help policy-makers make systemic improvements in student outcomes — but, so far, that hasn’t happened. Here is a post about the problems with big data in education and about something new that could actually make a real difference: “small data.” What is it?