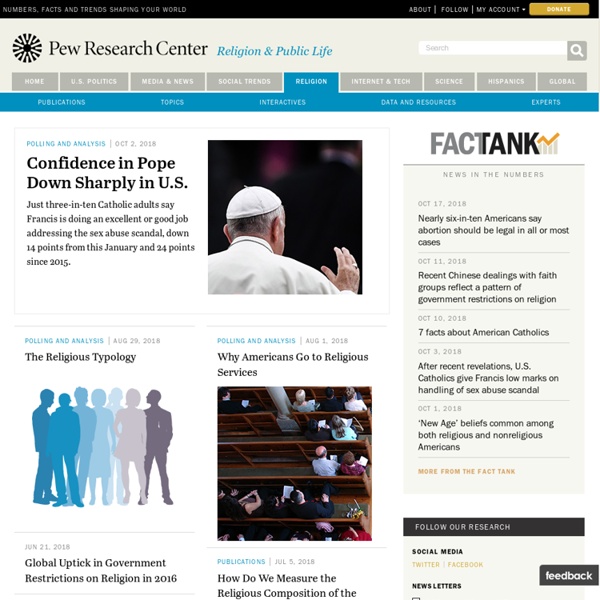 Home | First Things - Flock The Forgotten Books of Eden: Fourth Book of Maccabees: Chapter I Sacred Texts Bible Apocrypha Index Previous Next Buy this Book at Amazon.com The Forgotten Books of Eden, by Rutherford H. Platt, Jr., [1926], at sacred-texts.com An outline of philosophy from ancient times concerning Inspired Reason. PHILOSOPHICAL in the highest degree is the question I propose to discuss, namely whether the Inspired Reason is supreme ruler over the passions; and to the philosophy of it I would seriously entreat your earnest attention. 2 For not only is the subject generally necessary as a branch of knowledge, but it includes the praise of the greatest of virtues, whereby I mean self-control. 3 That is to say, if Reason p. 178 is proved to control the passions adverse to temperance, gluttony and lust, it is also clearly shown to be lord over the passions, like malevolence, opposed to justice, and over those opposed to manliness, namely rage and pain and fear. 4 But, some may ask, if the Reason is master of the passions, why does it not control forgetfulness and ignorance?

Agência Ecclesia - Flock Babylonian Empire Detailed Timeline of Iraq History Babylonian Empire (605 - 539 BC) The Last "Native-Ruled" Mesopotamian Nation Until the 20th Century Go to "History of Iraq" Interactive Map Babylon Gains Independence from Assyrian Empire (627 BC): As barbaric tribes from the north and east invaded Assyria, Babylon capitalized upon Assyria's weakened state, by gaining independence. The ruling Chaldeans (a Semitic people) also proceeded to conquer the rest of Southern Mesopotamia. Assyria Capital of Nineveh Captured by Babylonians (612 BC): The Babylonians marched north, conquering Assyrian territory along the way as they advanced toward the heart of the empire. (Timeline Continued Below) Battle of Meggido Ends the Assyrian Empire (605 BC): The last remnant of the Assyrian army escaped from the defeat at Nineveh. Note: Chaldeans. Babylon's Northern Border Secured Before 600 BC: After assuming the throne in 605 BC, upon the death of his father. Maps.com - The World's Largest Maps Store!

O mundo visto de Roma - Flock ZENIT to Return April 22 Happy Easter to All Our Readers New York, (Zenit.org) | 80 hits ZENIT will return with its regular news dispatch on Tuesday, April 22. read more Pope's Urbi et Orbi Message "Christus surrexit, venite et videte!" Vatican City, (Zenit.org) | 832 hits Here is the translation of the Holy Father's Urbi et Orbi Message given in St. read more Pope's Remarks After Via Crucis Procession "Before the cross of Jesus we can almost touch how much we are eternally loved" Vatican City, (Zenit.org) | 187 hits Here is the translation of the Pope's remarks after the Via Crucis (Way of the Cross), which took place at the ancient Colosseum of Rome on Good Friday. * * * God put on the cross of Jesus all the weight of our sins, all the injustices perpetrated by every Cain against his brother, all the bitterness and betray... read more Pope Francis' Homily at Easter Vigil "Horizon of the Risen Lord, horizon of the Church; intense desire of encounter Let us be on our way!"

Why Yahuwah & Yahushua Only World’s Last Chance is committed to presenting truth and truth alone as it is discovered from Scripture. Many organizations and individuals choose to ignore or bury any new truth that disagrees with their previously stated beliefs, assuming that people will lose faith in them if they have to make a course correction. When printed in books, preached to congregations or posted on a website, long-held beliefs seem cast in concrete. World’s Last Chance believes that truth is ever advancing and has covenanted to bring to its website advancing truth as it unfolds. An example is the use of the corrected name of the Creator, Yahuwah, and His Son, Yahushua. Scripture says that the Creator winks at the times of our ignorance (Acts 17:30). Most people are used to hearing the heavenly Father called "God." When a word is transferred from one language to another, it is either translated or transliterated. Yahuwah Save! Related Videos: Related Articles:

Why "Yahushua"? Some have written me asking for an explanation of why I use the form "Yahushua" in reference to the Messiah while others use "Yahshua", "Yeshua" or "Yehoshua". The purpose of this study is to go through each of these pronunciations and determine which is the most correct. I'm not one that believes that you need to pronounce the Messiah's name exactly like I do in order to be saved. However, the issue of the Messiah's name is a very important one. If you don't believe me, read the below scriptures: Acts 2:38 Then Peter said to them, "Repent, and let every one of you be baptized in the name of Yahushua Messiah for the remission of sins; and you shall receive the gift of the Holy Spirit. And this is just in the book of Acts! Origin of the name "Jesus" According to the American Heritage Dictionary, the etymological origin of "Jesus" is: Jesus ..Middle English, from Late Latin Isus, from Greek Isous, from Hebrew yû‘, from yhôûa‘, Joshua... So how is the name pronounced? Yehoshua Yeshua

A Composite of the four Gospels. The four Gospels are combined into a single text, not four side-by-side parallel Gospels. Have you ever read one of the four Gospels (Matthew, Mark, Luke, or John) wishing that you could somehow read all four of the Gospels together, at the same time? You read one story and you remember that there is more to the story but where is it? Each of the four Gospels give only a part of the picture. You can use your own Bible in trying to find the parallel stories in the four Gospels yourself. Biblical scholars have provided a very good way to study these parallel stories in the different gospels. It is very interesting to view the parallel texts side-by-side, but it is not easy reading because it is often difficult to figure out how the texts can fit together. Below is the same selection of text, but as they are found in this Composite Gospel. What I wanted to do was to have all the four gospels put together in so simple a manner that it would be easy to read. I wanted to start with a version of the Bible which is well respected and easy to read.

Satan’s Part in God’s Perfect Plan Introduction The Bible displays a sense of proportion concerning Satan which we should seek to gain and then maintain. The Scriptures tell us all we need to know about Satan, and no more. In this series, we are engaged in the study of God’s eternal plan for creation, having previously considered God as the perfect Planner and then His plan as the perfect plan. Beginning at the Beginning One might expect we would start at the beginning of the Old Testament, where in the first three chapters of Genesis Satan tempts Adam and Eve, and the fall of man occurs. In this survey of Satan in the plan of God, we can only touch briefly on texts which hold much more than we can consider here. (2) The taunt in both texts takes us beyond and behind the earthly king Satan, who stands behind them and whose character and work they exemplify. Satan in the Old Testament Satan is not a prominent person in the Old Testament. (5) Satan is arrogant toward God. (7) Satan never learns. Satan in the New Testament

They Loved Not The Truth They Loved Not The Truth In 2 Thessalonians 2:10, Paul reveals the root cause of why this terrorized turbulent world will soon experience the wrath and judgment of God. He simply states....." Satan's man for this showdown, the Antichrist, will then be revealed and offered to this troubled world as the great peacemaker, who will bring war and terrorism to an end. I have nothing but compassion for the multitudes who have never truly loved Jesus. Tragically, some who once loved Jesus with all their hearts, are today losing their first love for him. This twisting of scripture is the perverted contribution that Christian Psychologists and the Health and Wealth gospel gang have made to Christendom. I also know what it's like to fake repentance and to give lip service to a holy loving God. Jesus broke my spiritual heart when he reminded me that I was sinning against him, that he was killed by the hands of men, and that included me. Sincerely, Jack D. Babylon the Great is Falling

The Church at Sardis - Revelation Bible Commentary DIG: What is the contrast between reputation and reality in Sardis? What dangers exist for believers who rely on an image, instead of nurturing a genuine spiritual life? What is the book oflife? What is the only hope for the survival of the church in Sardis? REFLECT: If Christ addressed this wake up call to you, what would He want you to strengthen? The vast distances of interstellar space are unimaginably immense. The enormous distance to even the nearest stars present an interesting possibility. This illustrates the situation in many churches and people. Such was the church in Sardis. 1. 2. 3. Long ago ADONAItold Cyrus that He would give him victory over the nations before him, which included Croesus and the Lydian Empire (see my commentary on Isaiah Ic – This is What the LORD Says to Cyrus His Anointed). Later, Alexander the Great captured Sardis without resistance (see Ap – The Third Beast of Daniel: A Leopard with Thighs of Bronze). 4. 5. 6. First, He called them to wake up! 7.

The Church at Pergamum - Revelation Bible Commentary DIG: What pressures were the believers in Pergamum facing? At what point were they strong? Where were they tempted? To what does the statement where Satan has his throne refer? What do you think is easier to endure: persecution by enemies or seduction by culture? Why? REFLECT: What cultural influences distract you from your relationship with Christ? For many people in the Church, the term worldliness has a quaint, old-fashioned ring to it. But the Bible doesn’t hesitate to condemn worldliness for the serious sin that it is. John makes the believer’s duty to avoid worldly compromise unmistakably clear when he says: Do not love the world or anything in the world. We face similar challenges today. The believers in Pergamum also had plenty of complicated choices. 1. He established Himself as the Judge who will make war against His enemies at the Second Coming (19:15). 2. 3. Pergamum was also a center for many other deities. 4. Yet you remain true to My name. 5. 6. 7.