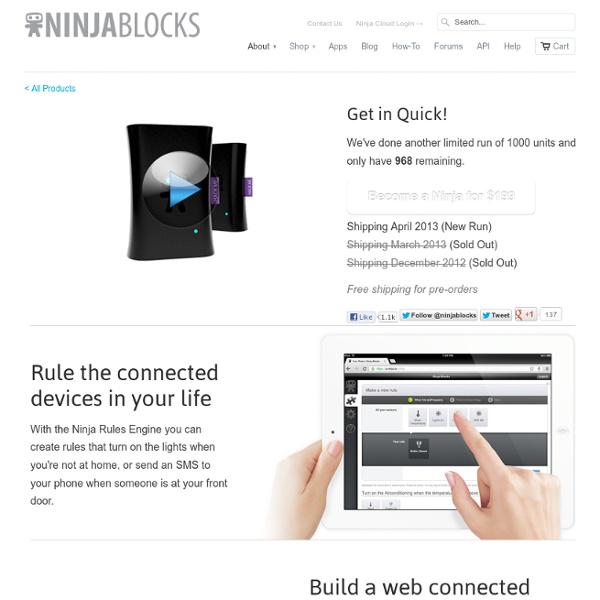 Munjal Shah Munjal Shah is Co-founder and CEO of Riya Inc (makers of Like.com). Together with Burak Gokturk and Azhar Khan, he co-founded the company in August of 2004. Munjal is a serial entrepreneur who focuses on building companies from zero to millions in revenue. Prior to Riya he was co-founder and CEO of Andale Inc, a provider of software to eBay merchants. While he was CEO, Andale grew from 0 to double digit millions in revenue. Prior to Andale, Baan, IBM, and a startup called Blaxxun Interactive. BusinessWeek declared Munjal one of the Top 10 up and coming CEOs in 2001. Munjal is very active in the Entrepreneurial community. He received his Masters in Computer Science from Stanford University and his Bachelors in Computer Science from the Universitay of California, San Diego. Recent Milestones Munjal Shah invested in Bridge U.S.. (3/26/14) Munjal Shah invested in ThirdLove. (8/1/13) Munjal Shah added a position as Co-founder at Covet. Investments Videos Sources

The Internets Knut: Stay Connected by Amperic Knut can be used to: Monitor the temperature of your home, aquarium, wine collection, home brewing operation all at the same timeMonitor the humidity in your basement or cigar collectionTell if someone has opened your liquor cabinet or refrigerator doorMeasure how much vibration a package experiences during shippingInsure you water your plantsThousand more uses that we haven't imagined yet - but you will Knut is controlled by an app installed on your computer or mobile device. This app will give you direct access to: Alerts GraphingData collection This app will be available for most computers (PC, Mac) and mobile devices (iPhone, Android). Setup Up Is Simple You can set up Knut using the Knut Interface app or a web page stored in Knut. How It WorksKnut spends the majority of the time asleep. The Knut Interface app periodically checks this email address and stores this data on the computer/mobile device. We plan to offer more sensors based on your suggestions.

POP - The Intersection of Charging and Design by James Siminoff Thank you to all of our backers. For updated information about the project and future orders go to PopPortablePower.com TechCrunch- "A delicious, high-capacity battery" ABC News- "Top 5 Gadgets of the Week" GigaOM- "A mobile charging solution that can top off multiple devices would be very useful" Mashable- "POP is a lot of bang for the buck" PandoDaily- "Say Goodbye to Ugly Portable Phone Chargers" Also seen in Business Insider, BiteMyApple, GameZone, MakerBot Blog, Ubergizmo, socalTECH, Shapeways Blog, JoshSpear.com POP – Power Where You Need It The batteries in our mobile devices have not been able to keep up with the increased usage. POP comes in two models: POP Station- Plugs into the wall and is great for areas where an outlet is close by. People like POP Station for its beautiful design, integrated cables and ability to charge multiple devices quickly. Battery Comparison Use POP - By the pool - On your coffee table - In the kitchen - At the beach Great for businesses Features POP TOP storage

Sarah Palin's fall from media stardom Howard Kurtz: Four years ago, Sarah Palin's name electrified the mediaFox has dropped Palin as a commentator; she no longer generates buzz, he says Palin failed to occupy a major role in news commentary at Fox, Kurtz saysKurtz: Palin has talked about broadening audience for her views Editor's note: Howard Kurtz is the host of CNN's "Reliable Sources" and is Newsweek's Washington bureau chief. He is also a contributor to the website Daily Download. (CNN) -- There was a time, as she emerged from the rubble of the 2008 campaign, when Sarah Palin was the hottest cultural figure in America. People loved her. Howard Kurtz Little wonder that Fox News Chairman Roger Ailes rushed to sign her as a million-dollar-a-year contributor and built a modern studio for Palin in her Wasilla home. By the time word trickled out Friday that Palin's contract would not be renewed, the reaction was a collective shrug. News: Palin speaks out after leaving Fox 2012: Palin pokes fun at self on 'Today'

Thingternet My Nest article got me thinking about smart metering. In my head, smart metering is all about energy efficient homes constantly connected to utility companies, controlling all my appliances to minimise my energy use. The reality is a bit different A few hundred thousand UK homes have had smart meters installed so far. Benefits to us are that smart meters should eliminate the massive variations that seem to exist in bills based on estimated usage. In theory, making energy meters into addressable, networked devices should be the start of a huge market. I think they’re making a mistake. Filed under Energy One of the hottest new items in the Thingternet is the Nest, a $249 home thermostat designed by Tony Fadell, co-creator of the first iPod. Nest is a very clever piece of kit. But it isn’t all this cleverness that will make Nest the first breakthrough Thingternet device for managing energy consumption, its the care and thought that has gone into every element of the Nest’s design.

Does the internet of things need its own internet? — Mobile Technology News NYTimes French Startup SigFox Has Developed a Wireless Internet Service for Gadgets and Appliances All of the apps, movies, and games consumed on tablets and phones are only available because cellular networks deployed wireless technology to connect people to the Internet wherever they are. French startup SigFox thinks it can help usher in a second mobile Internet boom—by building cellular networks to serve not people but, well, things. SigFox is focused on connecting cheap sensors and “dumb” home appliances to the Internet. The networks that serve humans are based on technology that isn’t suitable for sensors, says Thomas Nicholls, chief of business development and Internet of Things evangelism at SigFox. SigFox builds its networks in the same way as a cellular provider, using a system of connected antennas that each cover a particular area and link back to the operator’s central network. SigFox claims that a conventional cellular connection consumes 5,000 microwatts, but a two-way SigFox connection uses just 100.

Does Apple have an innovation problem? Analysts blamed flat profits for the steep slide in Apple’s stock price last week. But what’s ailing the iconic tech company is not a profitability problem. It’s an innovation problem. And, perhaps, an expectations problem. Nearly three years have passed since Apple last revolutionized the world of consumer electronics, with the release of the iPad. Since then, competition has grown increasingly fierce within the markets that this and previous Apple innovations helped create. Under his successor, chief executive Tim Cook, the company has done many things right. This progress helps explain the stock surge that made Apple the nation’s most highly valued company, with a peak market capitalization of more than $600 billion in September, prompting one Financial Times reporter to calculate that the company was worth more than the value of all of the publicly listed companies in Portugal, Ireland, Greece and Spain combined. So what’s next?