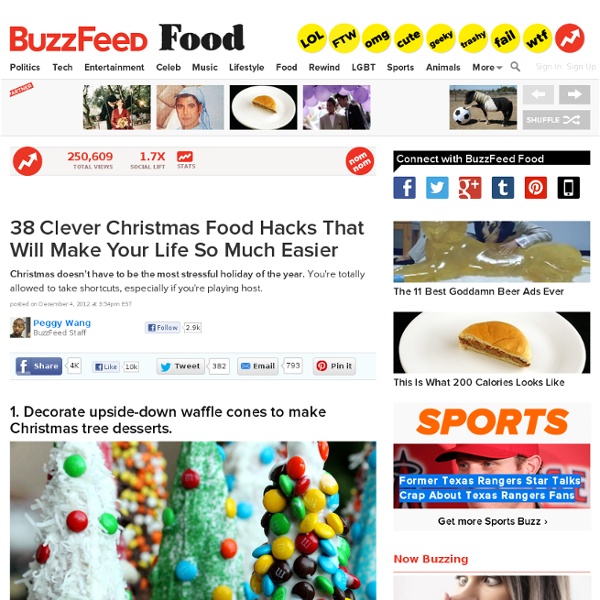 Hot Chocolate Krispies Well, it’s another snow day in the Northeast. Dude, this weather is getting really sucky. The kids are home from school again and while I love the little buggers, they have confiscated my itouch, played every board game known to man, built 13 different “forts” (with my good pillows) and gotten into no less than 427 arguments. Now, like a good mom, I have plopped them down in front of the television to zone out to Scooby Doo reruns. They were outside sledding earlier, but it always takes no less than 30 minutes to get them bundled up so they can go outside and play for 5. And I didn’t mention that 22 of those 30 minutes were spent trying to solve the mystery of the missing glove. I don’t understand how 1 glove can consistently go missing every time I need it. What never fails, though, is when they come inside from their exhausting 3 minutes of play, they demand hot chocolate. Even I will admit that hot chocolate is a pretty redeeming factor of the snow day. Hot Chocolate Krispies You’re welcome.

Top Awesome 20 Christmas Easy Food Hacks | Easy Food Top Awesome 20 Christmas Easy Food Hacks Posted by admin on Dec 5, 2012 in Food Preparation | 8 comments Christmas is one of the happiest holidays during the year. Following the Thanksgiving and waiting for New Year, the Christmas is all time favorite holiday in the USA and around the world. Christmas Tree Out of Upside Down Waffle Cones Via Pie mug toppers for Mulled cider Via Santa Strawberries Via Freeze whipped cream dollops for a hot chocolate bar Via Create Christmas trees using melted chocolate Via Hot chocolate in the crock pot Via Rice krispie treats with hot chocolate Via M&M Christmas lights Via Potato peeler will make chocolate peels Via Batch of French toast in your oven for Christmas breakfast Via Via Marshmallows & Small candles Via Candy cane sticks Via Snowman Donuts Via Various pancake shapes Various Brownies too Via Gingerbread house Via Cinnamon rolls in the Waffle maker Via Gingerbread man jello shots Via Christmas food labels Via

Slow Cooker BBQ Loaded Baked Potato Soup New England weather is always something you'll hear people complaining about... it's either too cold, too hot, too snowy, not snowy enough, too rainy... blah blah. We New Englanders are never happy with the weather... it's never just right. When the rest of the US was enjoying their late spring day of sunshine and grilling outside last week. I was stuck in the house with some cold rainy days. I had a little bit of a predicament... I was cold and sick... so I wanted soup and something hearty that would stick to my bones. But because it's late spring... This soup solved all my problems... Slow Cooker BBQ Loaded Baked Potato Soup Ingredients: 6 large potatoes peeled and cut into 1 inch cubes 1 cup diced onions 4 cups chicken or vegetable stock 2 tbs minced garlic 1 tbs BBQ seasoning ( I used this Sticky Sweet BBQ Dry Rub from Mystic Blue Spice) 1/4 cup BBQ sauce 1 cup of heavy cream 1 cup of sour cream 1 cup of extra sharp cheddar cheese 8 slices of bacon cooked crispy and crumbled Directions:

Veggie Christmas Tree STEP 1 - Hot glue your styrofoam cone to your plastictray (optional). This makes a stable base andmakes transportation very easy. STEP 2 - Cut your Broccoli, Cauliflower and Broccoliflower into dipping sized pieces. STEP 3 - Attach your Broccoli and Broccoliflower to the cone with ROUND toothpicks, grouped in clusters, with larger pieces at the bottom and graduating up to the top. When you get to the top, and toothpicks are not long enough cut skewers with a wire cutter or strong scissor to pick your veggies into place until you achieve a perfect tree shape. STEP 4 - Cut 1 red pepper and 1 yellow pepper into dipping size strips. STEP 5 - Poke carrot sticks intermittenly in holes between the broccili and broccoliflower florets. STEP 6 - Use FLAT toothpicks to secure cherry tomatoes and cocktail onions to the tree. STEP 7 - Cut out stars with small linzer tart cookie cutter from 1 Yellow pepper. Secure stars with toothpicks poked and secured right in broccili pieces.

The most mouth-watering toastie recipes EVER All this time you regarded the humble toastie as something that was just...nice. Think Niall Horan from One Direction: plain, inoffensive and more popular in America. But you were wrong. So start getting your toastie kicks with our nine amazing recipes which will leave you giddy, breathless and positively weak at the knees. We're giving away first class InterRail tickets, lunch at PizzaExpress, tickets to Bestival, and loads more... For a chance to win go to Refreshers Wall now 1. Source: closetcooking For 1 sandwich, you will need: 2 slices bacon2 slices sour dough bread1 tablespoon butter, room temperature64g cup mexican and cheddar cheese, shredded2 tablespoons guacamole, room temperature1 tablespoon tortilla chips, crumbled (optional) Cook the bacon until crispy and set aside on paper towels to drain. Grill over medium heat until golden brown and the cheese has melted, about 2-3 minutes per side. 2. 1 tablespoon butter2 slices bread64g cup gruyere, grated1-3 tablespoons pesto 3. 4. Toast.

Photos de Sandrine Burke marta writes: s'more brownies / just in time for july my friend laney cooked up these killer s'more brownies for bookclub the other night and all the ladies went back for more. i had to hurry and make them again, for the fetus' sake. simple to make, ooey and gooey and delicsh. benji pounded a piece during a glowstick enhanced past-bedtime soccer game. these are getting me in the mood to sleep under the stars at the big family camp-out next week. can you believe the fourth of july is right around the corner?! happy weekending. S'more Browniesoriginal recipe from allrecipes 1 (21.5 ounce) package brownie mix6 graham crackers2 cups miniature marshmallows8 (1.5 ounce) milk chocolate bars, coarsely choppedPreheat oven to 350 degrees F (175 degrees C). Prepare brownie mix according to package directions.

Santa Hat Party Mix - Cookies and Cups This past weekend my husband and I got together with some friends and had a game night. Game nights are fun, aren’t they? Aren’t they? Well, they are supposed to be fun. Until… Men vs. Apparently as a married adult it gets all kindergarten on game nights. When you are in elementary school it’s always boys vs. girls. The sexes seem to come together in the mid teens through your twenties when you are wearing love goggles and you play “couples”. After you have been married for a while, you squeegee the steam off the goggles and it’s all boys vs. girls again. It all seems like good fun when the games start. Then, slowly but surely, the tide starts to turn. It would be remiss of me not to mention that I was on the losing side of the tide. Sometimes it happens like that. It would also be remiss of me not to tell you that this was a rematch. We have lost before. Losing is not so much fun. Especially when you were the ones that called for the rematch. We just knew that the first loss was a…fluke, if you will.

10 Refreshing Ice Tea Recipes Anyone Can Make | Food Porn Try out these refreshing Ice Tea recipes perfect for that warm day and for everyone to enjoy! Click the image for recipes. 1. Black Ice Tea 2. 3. 4. 5. 6. 7. 8. 9.Homemade Iced Green Tea With Mango 10. Roasted Zucchini Tuna Melts – Gluten Free Are you ready for this? A delicious gluten free and low carb tuna melt? One that features amazingly yummy roasted zucchini? The crispy cheese? Maybe I should just stop talking and get on with it, yes? This is a really easy recipe to throw together, too which makes it even more ideal. Slice it down the centre and, with a spoon, hollow it out like a canoe. We actually had a canoe growing up. I think I’m feeling nostalgic because I’ll be heading out west soon to visit my family and friends in BC. Pop the zucchini in the oven and while it roasts, chop your veggies (I used the traditional onion and celery). Since we will be melting some delicious cheese on top of these babies there is no need for mayo. Scoop the tuna mixture and the cheese into the roasted zucchini canoes, and pop under the broiler to crisp up the cheese and turn these babies into tuna melts! Hot out of the oven. They came out perfectly and it was exactly what I needed to feel closer to home. Can’t wait to see you guys!

Tuna Stuffed Peppers Macnifique! Sunday was my cheat day. Marking the end of my 4 week primal challenge. I could go on and tell you in detail about how my day went, about the foods I ate and how it all made me feel, but I wouldn’t want to bore you. So, in short: I confirmed that pasta is pretty insignificant in my life, as is bread. It wasn’t just any ice cream mind, It was Chin Chin Laboratorists ice cream! With a serving of 80% Valrhona chocolate ice cream topped with fleur de sel caramel sauce and grilled white chocolate chunks, I was in cheat heaven! I have now learned my lesson! Just have the ice cream – two servings preferably! Having had the chance to prove I am capable of eating a disciplined primal diet, and having results to show for it, I was ready to get back on track as soon as possible. Tuna stuffed peppers have become quite a regular item on my menu. They are quick, easy to make and just damn delicious! They are also very versatile. These things really are quite versatile. Tuna Stuffed Peppers Ah!

Spaghetti All’Ubriaco (Drunken Spaghetti) 2 quarts inexpensive (but tasty and drinkable) red wine, plus ½ cup for the pan (2 bottles)1 lb. thick spaghetti or linguine2 fat cloves of garlic, or four small cloves2 tablespoons butter, salted or unsalted1/2 cup extra-virgin olive oilPeperoncino, or dried red pepper flakes to taste, optional (I used 1 teaspoon)1/4 cup chopped, flat-leaf Italian parsley (I used 2 Tablespoons dried)Pecorino Romano or Parmigiano-Reggiano (I shaved it over the top) Procedure1. Add the water and red wine to a 6-quart stock pot and place it over medium-high heat. Season the liquid generously with kosher salt and cover the pot to bring it to a boil. 2. In the meantime, peel the garlic and slice it. 3. 4. 5. 6. 7. Serves 4 Notes: Next time I'll throw in some grilled vegetables. Recipe belongs to Babbo pastry chef Gina DePalma.

Red Wine Poached Pears - Ang Sarap (A Tagalog word for "It's Delicious") Red Wine Poached Pears Red Wine Poached Pears is a dessert made out of pears poached in sweet red wine, sugar and spices syrup, it originated from a French dessert called Poire belle Hélène which is a nearly similar dessert where pears are poached in sugar syrup served with vanilla ice cream, chocolate syrup and crystallized violets. The dish was created during the 1860’s by Auguste Escoffier and was named after the operetta La belle Hélène by Jacques Offenbach. A really simple yet an elegant desert, it is sweet but not overpowering, it is fruity with hints of red wine and its really great after a very tasty meal as it give you that clean fresh flavours that lasts. A truly decadent dish that you should try! Ingredients 4 Bosc Pears, peeled 3 cups red wine, any would do but goes best with fruity reds like Shiraz, Lambrusco or Zinfandel 1/2 cup white sugar juice from half a lemon vanilla bean, split, seeded 1 cinnamon stick, broken in half Method Like this: Like Loading... Related April 12, 2013