Plug.dj – play music and videos with friends and others from around the world. 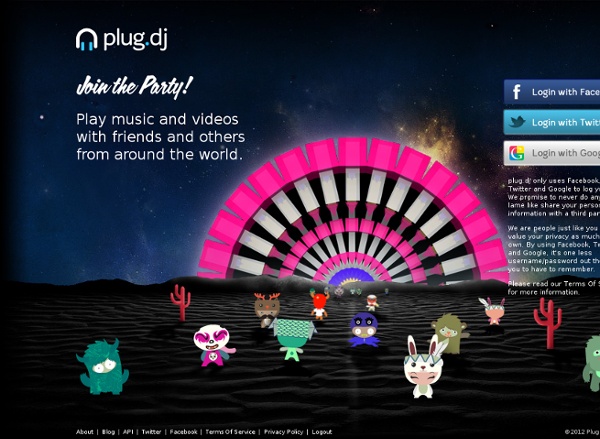 Enchanting - Official Neverwinter Wiki [edit] Overview Enchantments and Runestones are magic stones that can be placed in slots on equipment or companions and they grant additional stats and effects depending on the rank and type of stone. Enchanting an item is done with an Enchantment and enchanting a companion is done with a Runestone. Stones are obtained as loot, as rewards for zone events and purchased from Astral Diamond merchants or the Auction House. Jason Silva Twitter.com/JasonSilva || Facebook.com/JASONLSILVA Contact me: Info(at)ThisIsJasonSilva(dot)com "A Timothy Leary of the Viral Video Age" was how The Atlantic described television personality, media artist, filmmaker and techno-philosopher Jason Silva, who has also been described as "part Timothy Leary, part Ray Kurzweil, and part Neo from 'The Matrix.'... The TED Conference called Jason a "Performance Philosopher", others have called Silva 'The new Carl Sagan' for his poetic, impassioned and inspirational take on scientific and technological advancements, his riveting on-stage delivery style, and his hyper-enthusiastic insights on creativity, innovation, technology, philosophy and the human condition.

Banksy Inside « The Drop Kings The mysterious Banksy just released some new paintings on his website. You heard it right, Banksy painted on a canvas. All Banksy fans will appreciate. Here are a few of my favourites. FamilyJules7X Upload FamilyJules7x.com Subscription preferences Cipher Prime Studios: Auditorium Play the first game we ever created together. Auditorium hit the scene in 2009. Since then, its sleek design, vibrant colors, and iconic soundtrack have captured the imagination of thousands of players worldwide. Now, we invite you to follow the same journey. Remember, there are no right or wrong answers, only your answer. Famous Television Show Home Floor Plans After years of watching shows like Dexter and Two and a Half Men, you can’t help but become so attached to the television show that you start wondering what their household really looks like. Spanish interior designer Iñaki Aliste Lizarralde had the same thought as us, and decided to do something for himself creating this incredible series of highly detailed floor plans from some of our favorite television shows. The collection includes the likes of The Simpson, Dexter, Friends, Seinfeld, Two and a Half Men, The Big Bang Theory, How I Met Your Mother, and a handful others. Each of the floor plans is highly detailed, and not only includes the architectural side of things, but also goes into immense furnishing details really bringing these television shows to life.

SHINDEHAI Hi everyone ! We created a full original rock album using Vocaloid (Miku, Gumi and Luka) "YOU'RE MY FLOWER"Every Saturday, we will release a new song !! (12 tracks in total)Full album will be available at free download finally. You can download the song here : can download the instrumental here : Composed by Tai ShindehaiWritten and illustrated by Kanipan 気づけばいつでも思い出してる KIZUKEBA ITSUDEMO OMOIDASHITERU I remember it anytime if I notice君との会話や 笑顔や 声や仕草 KIMI TONO KAIWA YA EGAO YA KOE YA SHIGUSA Conversation with you, your smile, your voice and mannerisms

How to Hold a Violin Including a discussion of chin rests and shoulder rests By Michael Schallock, Illustrations by Jessica Schallock. © Copyright April 2007. All rights reserved. The concepts illustrated in this short paper have been expressed by fine teachers for many years.