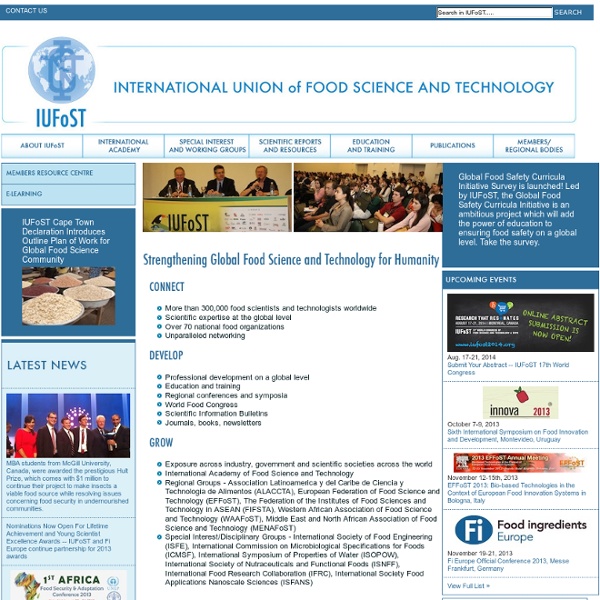 Science for the Public Five Global Seed Banks That Are Protecting Biodiversity 2inShare Share By Victoria Russo Almost all food begins with a seed. The world is home to hundreds of thousands of species of plants, and it requires a diverse variety of seeds to satisfy nutritional and environmental needs. The world requires a diverse variety of seeds to satisfy nutritional and environmental needs. 1. How many plant species can you think of? Millennium in Action The Royal Botanical Gardens has been collecting research on seed saving since 1898 and has had a formal seed bank for 40 years. 2. Since 1987, Vandana Shiva, who created Navdanya, has dedicated her life to protecting seed diversity. Navdanya in Action Since its creation, the Navdanya seed bank has conserved around 5,000 crop varieties, focusing largely on the preservation of grain species. 3. Preserving seeds for long periods of time requires extremely cold temperatures and low humidity. Svalbard in Action 4. NCGR in Action One of the goals of the NCGR, a part of the U.S. 5. Vavilov in Action Similar posts:

Pokeweed poisoning: MedlinePlus Medical Encyclopedia Pokeweed is a flowering plant. Pokeweed poisoning occurs when someone eats pieces of this plant. This is for information only and not for use in the treatment or management of an actual poison exposure. If you have an exposure, you should call your local emergency number (such as 911) or the National Poison Control Center at 1-800-222-1222. Poisonous Ingredient PhytolaccatoxinPhytolaccigenin Where Found The highest amounts of poison are found in the roots, leaves, and stems. Cooked berries and leaves (cooked twice in separate water) can be eaten (although there is no guarantee that they are safe). Symptoms ConvulsionsDiarrheaHeadacheHeart blockLow blood pressureMuscle spasmsNauseaRapid pulseSeizuresSlow or difficult breathingStomach painVomitingWeakness Home Care Seek immediate medical help. Before Calling Emergency Determine the following information: Patient's age, weight, and conditionTime it was swallowedAmount swallowedName and part of plant that was eaten, if known Poison Control References

Homepage I teach undergraduate and graduate courses in Community, Food and Agriculture (45% of my appointment). My research focuses on the “food system” (55% of my appointment). The food system involves all of the steps required to produce food and get it to our plates–from farming and processing to distribution and consumption. My work is unified by three main questions, (1) what changes are occurring? (2) what are the impacts of these changes on communities? (3) what can communities do to respond positively to these changes? These questions drive two main projects, (1) characterizing consolidation in food and beverage industries, and (2) bridging information gaps between producers and consumers through ecolabels. Please note: the book/film database is not always viewable in Firefox or Chrome. Recent Information Graphics Organic Processing Industry Structure, February 2014Global Seed Industry Structure, 1996 to 2013Concentration in the U.S. Getter, Kristin L., Bridget K. Student Publications

Student Science Implications of climate change for agricultural productivity in the early twenty-first century (a) Changes in mean climate The nature of agriculture and farming practices in any particular location are strongly influenced by the long-term mean climate state—the experience and infrastructure of local farming communities are generally appropriate to particular types of farming and to a particular group of crops which are known to be productive under the current climate. Changes in the mean climate away from current states may require adjustments to current practices in order to maintain productivity, and in some cases the optimum type of farming may change. Higher growing season temperatures can significantly impact agricultural productivity, farm incomes and food security (Battisti & Naylor 2009). In areas where temperatures are already close to the physiological maxima for crops, such as seasonally arid and tropical regions, higher temperatures may be more immediately detrimental, increasing the heat stress on crops and water loss by evaporation. Figure 1. Table 1. Figure 2.

Ethical, Legal, and Social Issues --Genome Research This page is an archive, the contents of which provide a snapshot in time--describing potential societal concerns arising from increased knowledge of our personal DNA as described and studied during the HGP (1990-2003). The content of this page is as it was at the close of the project with the exception of minor repairs such as the removal of broken links. The U.S. Department of Energy (DOE) and the National Institutes of Health (NIH) devoted 3% to 5% of their annual Human Genome Project (HGP) budgets toward studying the ethical, legal, and social issues (ELSI) surrounding availability of genetic information. Fairness in the use of genetic information by insurers, employers, courts, schools, adoption agencies, and the military, among others. Who should have access to personal genetic information, and how will it be used? Privacy and confidentiality of genetic information. Who owns and controls genetic information? Should testing be performed when no treatment is available?

Organic Processing Industry Structure Organic Processing Industry Structure The development of the USDA National Organic Standard in place of differing state/regional standards was widely predicted to accelerate trends of increasing consolidation in this sector. The first draft of the standard was released in 1997; what changes in ownership and control have since occurred? Click to zoom (requires latest version of Silverlight in some browsers) PDF version of Organic Industry Structure: Acquisitions & Alliances, Top 100 Food Processors in North AmericaMost acquisitions of organic processors occurred between December, 1997 when the draft USDA standard was released, and its full implementation in October, 2002. Heinz acquired a 19.5% stake in Hain Celestial in 1999 while also transferring ownership of their Earth's Best brand, but sold all of its Hain Celestial stock in 2005. PDF version of Organic Industry Structure: Major Independents and Their Subsidiary Brands Network Animation of Data from 1995 to 2007 View QuickTime Version