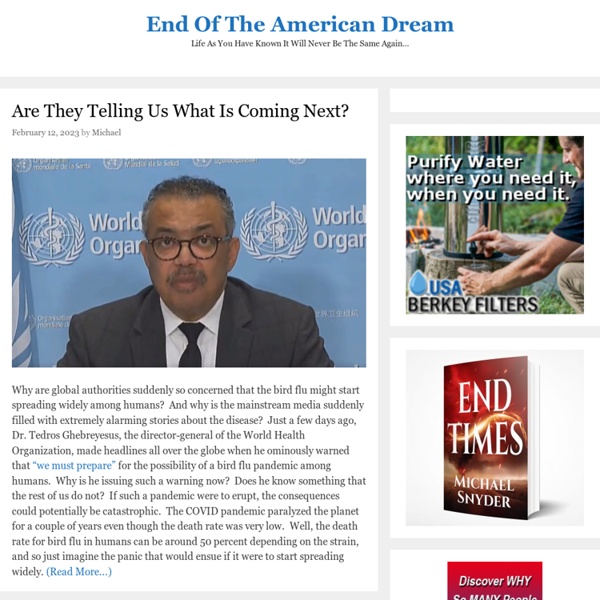 Ten Charts That Make Clear The Planet Just Keeps Warming By Joe Romm on October 15, 2012 at 6:46 pm "Ten Charts That Make Clear The Planet Just Keeps Warming" Perhaps you thought that the whole “planet isn’t warming” meme was killed by this summer’s bombshell Koch-funded study. After all, it found ”global warming is real,” “on the high end” and “essentially all” due to carbon pollution. Sadly, denial springs eternal. The piece is so misleading, even the UK Met Office felt a need to instantly debunk it with a blog post that included this chart. UK Met Office graph showing years ranked in order of global temperature. Since Rose managed to find one misleading chart to push his myth, I thought I would dig up ten serious ones that show the reverse, including the top chart from Skeptical Science, the great Australian blog, which is derived from the data in the Koch-funded study. Note: “Skeptics” is an Aussie word for denier or disinformer. As we’ve stressed before, choosing a starting or end point on short-term scales can be very misleading.

A Photo Essay on the Great Depression World War I veterans block the steps of the Capital during the Bonus March, July 5, 1932 (Underwood and Underwood). In the summer of 1932, in the midst of the Great Depression, World War I veterans seeking early payment of a bonus scheduled for 1945 assembled in Washington to pressure Congress and the White House. Hoover resisted the demand for an early bonus. Veterans benefits took up 25% of the 1932 federal budget. In July, the Senate rejected the bonus 62 to 18.

by Anne Waldman Haiku from Zuccotti Park Moloch’s motor got stuck on the roof of Casino Wall Street look up! moon, a ghost chip in the sky… 10/ 10/11 “Columbus” Day/Liberty Plaza Anne Waldman Belly of the Beast: Forward & Lucid Dream Das Capital A being which does not have its nature outside itself is not a natural being…. you would say it you would paint it you would say it if you could little rewards for the little people the curb carbon people of the world…. primary people of the carbon litter world they live the night they live the dawn little brave people of all our worlds & we them & they us perpetually awake & facing forward. elegant. grotesque? in all the trepidations of people people hear this now (oh people of the world) beautiful people of the world dressed up worlds & wounds & weeds see the colors now task them trouble them people people hear this now, trouble this now, oh people of the world trouble trouble & children in the process coming to this edge & rhythmic sadness curb carbon mantra receding, you uld

Internet Memes Timeline Trololololololololololo man Feb 28, 2010 6:00 PM Added to Youtube in November of 2009 the Video "Я очень рад, ведь я, наконец, возвращаюсь домой" had only few views until it was posted into several music blogs in march of 2010. In a week more than 1 million people watched the Trololololololololololo man sing his song. The title translates into 'I am very glad, because I’m finally back home'. The Singer is called Eduard Anatolyevich Khil born in 1934 who performed this song at a TV-Show in 1976. Why won't my parakeet eat my diarrhea? Nov 11, 2009 9:00 AM "Why won't my parakeet eat my diarrhea?" George W Bush shoes attack in Bagdad Dec 14, 2008 An Iraqi journalist hurled his shoes at Mr. Jizz in my pants Dec 7, 2008 Sickie Woo - Busted with the help of Facebook Oct 21, 2008 Chairman cracks under pressure SABC 2 Live with Chairperson of the finance portfolio committee - Nhlanhla Nene LHC is 42 Sep 11, 2008 11:19 PM The Large Hadron Collider is the answer to life, the universe, and everything Aug 5, 2008

American Psychosis The United States, locked in the kind of twilight disconnect that grips dying empires, is a country entranced by illusions. It spends its emotional and intellectual energy on the trivial and the absurd. It is captivated by the hollow stagecraft of celebrity culture as the walls crumble. This celebrity culture giddily licenses a dark voyeurism into other people’s humiliation, pain, weakness and betrayal. Day after day, one lurid saga after another, whether it is Michael Jackson, Britney Spears [or Miley Cyrus], enthralls the country … despite bank collapses, wars, mounting poverty or the criminality of its financial class. The virtues that sustain a nation-state and build community, from honesty to self-sacrifice to transparency to sharing, are ridiculed each night on television as rubes stupid enough to cling to this antiquated behavior are voted off reality shows. It is the cult of self that is killing the United States.

Future Now Leading up to our Maker Cities immersion in Shenzhen's maker culture, here are four of our China + makers research pieces from the last three years.... From March 19-20, IFTF’s Technology Horizons program traveled to Mexico City to explore its emerging maker culture, community, and movement. It was an... Apr 01, 2014 By Lindsea K. Wilbur Your faithful social investigator hit the streets with the Inventor's Toolkit in hand to explore the opening of the new [Freespace] (1011 Market... Tessa Finlev on new networks of nonviolence In Greek Mythology, Icarus was able to fly on wings made of wax and feathers, but he flew too close to the sun, which melted the wax, and he fell into... What do Californians care about? Beyond the hype, the scandal, and the early failures, there still lies the promise of a new way of organizing and shaping the world. Check out highlights from our recent past and near future! Now that we can build anything, we should stop asking “what can we make?”

My Science Fiction Life - Dystopias I hate the world and want to go home: the dystopia, British science fiction’s cautionary tale. Before we all start worrying too much about living in a nanny state, under constant CCTV surveillance, threatened by terrorism at every turn and bombarded by an ever-more-invasive media, it should be noted that things stand to get a lot, lot worse. Or at least they do in the imaginings of the great British dystopian writers and filmmakers of the past century: HG Wells, Aldous Huxley, George Orwell, Anthony Burgess all revelled in projecting their fears for the future of society onto the pages of their classic novels: The Time Machine (1895), Brave New World (1932), Nineteen Eighty-Four (1948) and A Clockwork Orange (1962). Filmmakers Ridley Scott and Terry Gilliam (honorary Brit) had a similar coruscating effect in the world of cinema with Blade Runner (1982) and Brazil (1985). Science fiction’s deepest roots lie in the great utopian writers, from Plato to Thomas Moore.

Anthropomorphic + Futuristic = Fantastic Floating Homes Futuristic, yet, but not the far-fetched science-fiction fantasy industrial design you might think – the Oculus by Schoepfer Yachts may not be for sale yet but it is already in pre-production mode with naval architects on board, so to speak. Hardly your typical houseboat, it is a virtual cruise ship for the rich and famous who can afford to buy it when it is fully planned and built. The anthropomorphism of this luxury floating home is of course intentional – the front deck like the gaping mouth of a gigantic sea creature and the sleek curves mimicking streamlined oceanic animals. Complete with a swimming pool on top and a futuristic interior design this is far more like a permanent mobile home than a cruising yacht. The smaller and simpler (both adjectives applied relative to its bigger brother of course) version of this spectacular design is the Infinitas, with a more sleek and streamlined profile and a semi-enclosed on-board swimming pool in the center but underneath the shell.

Tim Leary Vault : The Declaration of Evolution When in the course of organic evolution it becomes obvious that a mutational process is inevitably dissolving the physical and neurological bonds which connect the members of one generation to the past and inevitably directing them to assume among the species of Earth the separate and equal station to which the Laws of Nature and Nature's God entitle them, a decent concern for the harmony of species requires that the causes of the mutation should be declared. We hold these truths to be self evident: But when a long train of abuses and usurpations, all pursuing invariably the same destructive goals, threaten the very fabric of organic life and the serene harmony of the planet, it is the right, it is the organic duty to drop out of such morbid covenants and to evolve new loving social structures. Such has been the patient sufferance of the freedom-loving peoples of this earth, and such is now the necessity which constrains us to form new systems of government.