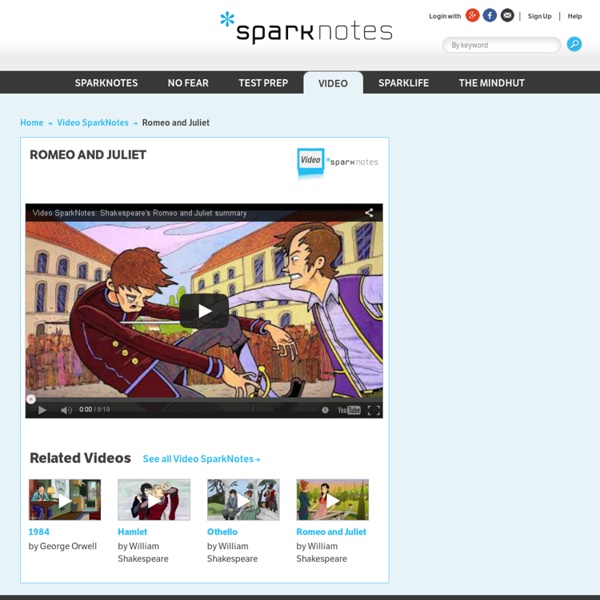 BBC Two - Shakespeare Unlocked - Romeo and Juliet Full synopsis Romeo and Juliet was written in 1595-6 and is set in Verona, Italy, at a time when a longstanding feud between two noble families - the Montagues and the Capulets - constantly breaks out into brawling on the streets. Prince Escalus, ruler of Verona, threatens terrible punishment on anyone who takes part in further violence. Young Romeo Montague is hopelessly in love with the unattainable Rosaline and, in an attempt to cure his lovesick misery, his friends persuade him to go disguised to a party at the home of his family's sworn enemies, the Capulets. Romeo reluctantly agrees to go when he learns that Rosaline has been invited. At the party, he meets Juliet, only daughter of the Capulets, and not even knowing each other's names, they fall instantly in love. During the preparations for the party, however, Juliet's mother has told her that Count Paris, a suitable young nobleman (who is also at the party) has asked her father for permission to marry her.

Enjoying "Macbeth" by William Shakespeare Enjoying "Macbeth", by William Shakespeare by Ed Friedlander, M.D.erf@kcumb.edu This Is NOT "Family Entertainment." Young people who know of Shakespeare from "Shakespeare Gardens" and "Beautiful Tales for Children" may be surprised by what happens in Macbeth. When we first hear of Macbeth, he has just cut an enemy open ("unseamed") from belly button ("nave") to throat ("chops"). The king shouts "Oh valiant cousin! The Real Macbeth and His Times Shakespeare got his story from Raphael Holinshed's Chronicles. I've read that Holinshed's section on Macbeth was largely derived from the work of one Hector Boece, Scotorum Historiae ("Chronicles of Scotland", 1526-7, translated from Latin into English by a John Bellenden in 1535). It is evidently not online. Here's what we think really happened with Macbeth and the other characters. In a barbaric era, population pressures made war and even the slaughter of one community by another a fact of life. The historical Mrs. Banquo and Fleance Never Existed