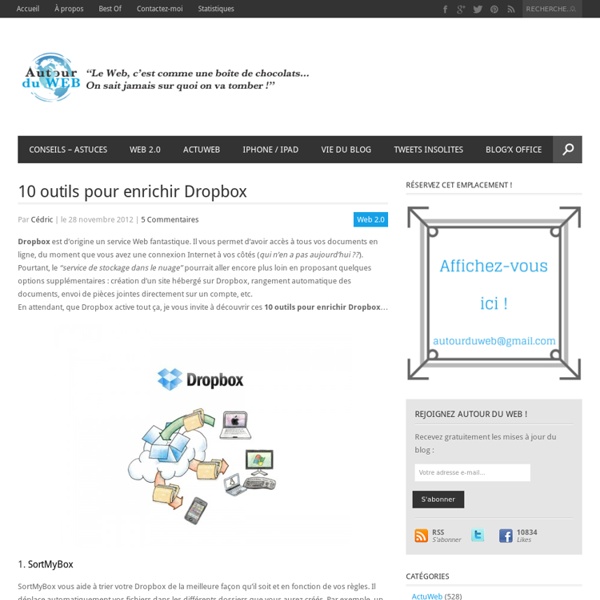 10+ Best Apps For Your Dropbox If you’ve been using Dropbox for a while, you may not have noticed that a whole ecosystem of applications have been built up to use the service. Over time, these apps have sprung up to fill all of the little holes Dropbox left unfilled. There are apps now for just about everything. It’s possible to sync Google Docs to Dropbox, automatically send Gmail attachments to Dropbox, play music in a browser from your Dropbox music files, encrypt your Dropbox, easily host a website or blog in Dropbox, collect URLs and web clippings to Dropbox and to automate file syncs between all of your social networks and Dropbox. You can even view all of your Dropbox files alongside your Google Docs, Box files and FTP files in the one web interface.

Infinite Storage on your Desktop features infinite hard drive Keep every file you have ever owned in Bitcasa. Ditch the external hard drives, and store your files in your Bitcasa Infinite Drive to free up space on your computer and phone. The Best Apps for your Dropbox Meet some of the best Dropbox apps that add new functionality and extend the service beyond the realms of online storage. Dropbox has made our digital lives so much easier. You put a file in your Dropbox folder and it becomes available on mobile phone, your tablet and on all your other computers. How I moved my websites to Dropbox and GitHub A few months ago I cancelled my hosting and server accounts and moved all my websites to the cloud. I tried it as an experiment; never for a second I thought it would work this well. I did the switch out of impulse: I was pissed.