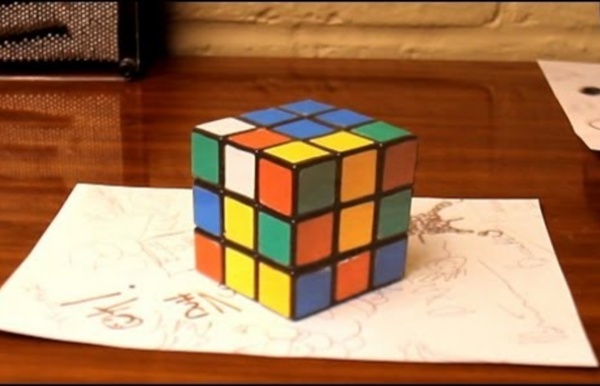 Weird Aquariums: One Pot, Two Lives - Okeanos Aquascaping Posted by Dabney B. on Tuesday, May 29th, 2012 Image: tfhmagazine.com Out in the ocean and rivers there are a million different components working together to create a harmonious ecosystem for fish. Aquarists can replicate those conditions as best they can, but there will always be a few problems that hobbyists run into. This Entire Animation Was Drawn Frame by Frame on a Gallery Wall Artist Caleb Wood created this impressive animation that he drew frame by frame on a wall at Prøve Gallery in Duluth, Minnesota. Titled Plumb, he refers to the piece as a “gallery animation installation.” Wood graduated from RISD in 2011 with a BFA in Film, Animation, and Video (a department headed by Dennis Hlynsky) and has gone on to show his work internationally. You should also check out his other recent animation project Goodbye Rabbit, Hop Hop.

22 Unusual and Creative Aquariums Is your life full of stress and worry? Do you have high blood pressure or insomnia? Getting an aquarium may be a great way to relax! Many studies have shown that watching fish going about their daily business can reduce your stress levels, lower your blood pressure and make you feel more relaxed. Optical Illusions. An optical illusion which is also called a visual illusion can be described as perception of the images differently than they actually are. Our eyes see something, pass this info to the brain, and because of the different reasons and factors our brain makes us think that we see something different. Since I’m not a doctor myself and can’t write scientific explanations (though I do understand how it works) I use the material explaining the origin of illusions from Wikipedia.

New Photorealistic Illustration Videos of Everyday Objects by Marcello Barenghi Since we last visited with Italian illustrator and graphic designer Marcello Barenghi last year, his wildly popular YouTube channel has gone into overdrive with a new photorealistic drawing tutorial almost every week. From soda cans and body parts to games and insects, he skillfully renders each piece using colored pencils and markers resulting a final object that looks like it could be grabbed right off the page. See more of his 150+ drawings right here.

Circulating Fish Tank and Plant Pot by Sheng-Zhe Feng and Ling-Yuan Chou One Pot, Two Lives No drugs! Only fishes and plants. Not weed! Thought I bet it’d be extra cool if-no! This is a planter and a fishtank. Homemade Tattoos First he showed us how to stuff a mouse. Now Andreas is back with a needle, ink, and some beer. Photos: Trippe & Trolf Yeah, bad tattoos are basically a bummer, right? But they're also pretty much a rite of passage for bored and disenfranchised-feeling teenagers the world over. At least it was for about 95% of the people I know. Bottled AIR: Chinese multimillionaire sells EIGHT MILLION cans of fresh air in TEN DAYS as pollution levels climb to record high By Reuters Reporter and Daily Mail Reporter Published: 05:00 GMT, 1 February 2013 | Updated: 06:12 GMT, 1 February 2013 escape the smog. Cans of fresh air are up for sale in China as a multimillionaire looks to capitalize on the country's foulest fortnight for air pollution in memory. Chen Guangbiao, who made his fortune in the recycling business and is a high-profile philanthropist, is selling soda pop-sized cans of air, purportedly from far-flung, pristine regions of China such as Xinjiang in the northwest to Taiwan, the southeast coast.