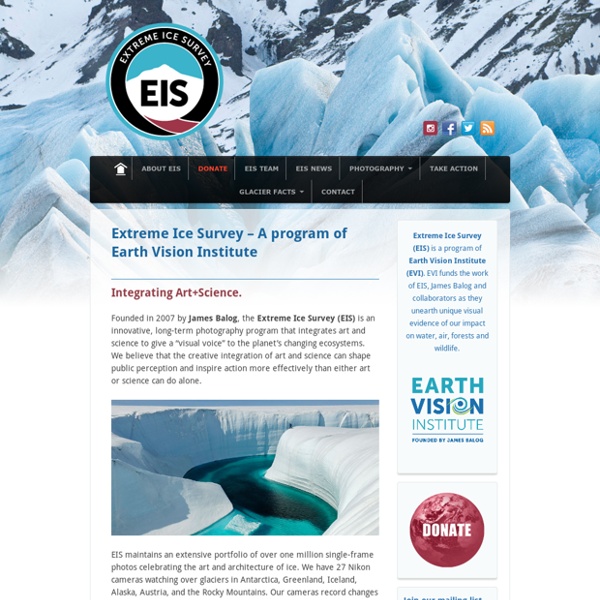 Microbial Life - Educational Resources Teaching and learning about the diversity, ecology and evolution of the microbial world; discover the connections between microbial life, the history of the earth and our dependence on micro-organisms. The expansive Sunset Lake of the Black Sand Basin is one of the largest thermal bodies of water in Yellowstone National Park. Details This site contains a variety of educational and supporting materials for students and teachers of microbiology.

How Hot Is It? All You Need To See Are These Two Maps : The Two-Way The heat wave across much of the nation continues. We could hit 105 degrees on Saturday here in the nation's capital, the National Weather Service says. Washington, D.C., has already tied its record for most consecutive days (eight) with temperatures of 95 degrees or more. And as Wunderground.com writes, "more record-breaking triple-digit heat is expected Friday and Saturday across much of the Midwest and Tennessee Valley."

Causes of Climate Change Key Points Both natural and human factors change Earth’s climate. Before humans, changes in climate resulted entirely from natural causes such as changes in Earth’s orbit, changes in solar activity, or volcanic eruptions. Since the Industrial Era began, humans have had an increasing effect on climate, particularly by adding billions of tons of heat-trapping greenhouse gases to the atmosphere. Most of the observed warming since the mid-20th century is due to human-caused greenhouse gas emissions. Earth’s temperature is a balancing act Ocean Color Image Archive Page NOTE: All SeaWiFS images presented here are for research and educational use only. All commercial use of SeaWiFS data must be coordinated with GeoEye Category: All Gallery Images This SeaWiFs image provides a view of a Dust storm over the Red Sea. Northwest African Dust Storm A massive dust storm erupted off the northwestern coast of Africa over this past weekend and seemd to be at its maximum intensity on Sunday, 2 March 2003 as seen in this SeaWiFS true color image.

Greenhouse gas benchmark reached For the first time since we began tracking carbon dioxide in the global atmosphere, the monthly global average concentration of this greenhouse gas surpassed 400 parts per million in March 2015, according to NOAA’s latest results. “It was only a matter of time that we would average 400 parts per million globally,” said Pieter Tans, lead scientist of NOAA’s Global Greenhouse Gas Reference Network. “We first reported 400 ppm when all of our Arctic sites reached that value in the spring of 2012. In 2013 the record at NOAA’s Mauna Loa Observatory first crossed the 400 ppm threshold. Reaching 400 parts per million as a global average is a significant milestone. Measuring greenhouse gases Climate Change, Deforestation, Biomes and Ocean Currents, Plankton, Endangered Species - Earth Web Site Click for more detail Thermohaline Change Evidence is growing that the thermohaline current may be slowed or stopped by cold fresh water inputs to the Arctic and North Atlantic oceans. This could occur if global warming is sufficient to cause large scale melting of arctic sea ice and the Greenland ice sheet.

Renewable Energy This Living Lab offers you a chance to evaluate the renewable energy sources in the U.S. Renewable energy comes from natural resources such as wind, plant material, water (rain or tides), geothermal, or sunlight and is naturally replenished. Both renewable and non-renewable energy sources are used to generate electricity, power vehicles, and provide heating, cooling, and light. Renewable sources of energy vary widely in their cost-effectiveness and in their availability across the United States. Science On a Sphere Playlist Builder ../ftp_mirror/atmosphere/lightning/media/thumbnail_small.jpg Annual Lightning Flash Rate Map dataset.php?id=6 ARCTIC Arctic is North America's premier journal of northern research! Now in its seventh decade of continuous publishing, Arctic contains contributions from any area of scholarship dealing with the polar and subpolar regions of the world. Articles in Arctic present original research and have withstood intensive peer review. Arctic also publishes reviews of new books on the North, profiles of significant people, places and northern events, and topical commentaries. Announcements

The World's First Solar Road Is Producing More Energy Than Expected by Katie Valentine Posted on Share this: GEO - Group on Earth Observations Global geospatial community to convene in Geneva on May 5-9 Geospatial Media and Communications, in partnership with the Group on Earth Observations (GEO) and SwissTopo, will host the Geospatial World Forum on 5-9 May 2014 in Geneva. The conference will convene representatives of the geospatial commercial sector and government/policy end users. A program titled, "Geospatial Industry Forging Ties with GEOSS" will be held on Monday, 5 May, and the GEO Appathon 2014 will kick off on Wednesday, 7 May.