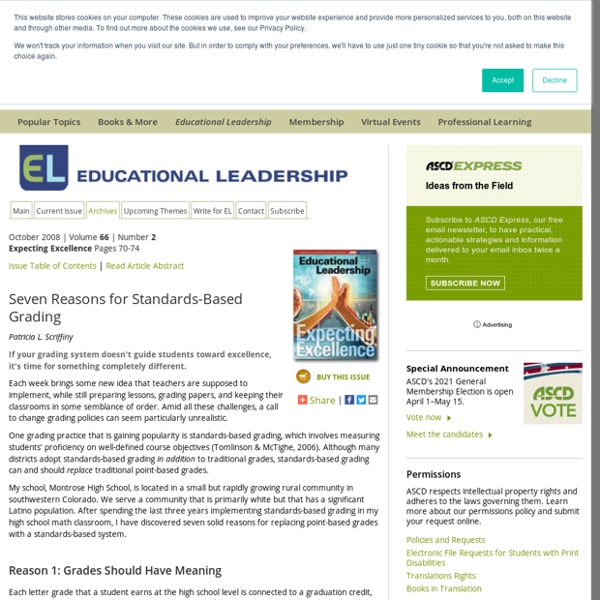 The Teenage Brain Is Wired to Learn—So Make Sure Your Students Know It Adolescence is an exciting time as teenagers become increasingly independent, begin to look forward to their lives beyond high school, and undergo many physical, emotional, and cognitive changes. In that last category, teenagers can learn to take charge of their developing brains and steer their thinking in positive and productive directions toward future college and career success. The brain’s prefrontal cortex, which functions as the control center for executive functions such as planning, goal setting, decision making, and problem solving, undergoes significant changes during the teenage years. In an NPR interview, Laurence Steinberg, author of Age of Opportunity: Lessons From the New Science of Adolescence, notes that ages 12 to 25 are a period of extraordinary neuroplasticity. They have the capacity to become functionally smarter. Tools for Self-Directed Learning Don’t just read—learn. Consider the source. Create, then edit. Make a schedule—and stick to it.

Bridge Event: Standards-Based Grading Research and New Approaches — REL Northeast and Islands Boston, MA – On May 30, the Northeast College and Career Readiness Research Alliance (NCCRA) hosted a Bridge Event to explore the research on grading and to learn new approaches to making grading policies more effective and reflective of student mastery of learning. “We are going to take on the nastiest and dirtiest issue there is in education today—that whole idea of grading,” said featured presenter Dr. Thomas Guskey, professor of educational psychology of the University of Kentucky. Research shows that teachers, including those within the same schools or districts, do not agree on the purposes of grades or report cards, Guskey said. Educators disagree on what elements to use in determining student grades, resulting in inconsistencies of grading practices and confusion among students. Two additional important research findings are that grading is not essential to the instructional process and that grading should always be done in reference to learning criteria and never on a curve.

Teachers Going Gradeless – Arthur Chiaravalli – Medium After years of teaching using the principles of standards-based learning and grading, I encountered two findings that radically changed my perspective on assessment, grading, and reporting. The first finding comes from Ruth Butler (1988, as cited in Wiliam 2011) regarding feedback. Butler examined 3 types of feedback: scores alone, comments alone, and scores with comments. Her study showed that scores alone made students either complacent or unmotivated depending on how well they did. Scores with comments were just as ineffective in that students focused entirely on the score and ignored the comments. Surprisingly, it was the students who received comments alone that demonstrated the most improvement. The second finding comes from John Hattie (2012) whose synthesis of 800 meta-studies showed that student self-assessment/self-grading topped the list of educational interventions with the highest effect size. It’s been quite a journey.

4 Ways to Reduce Classroom Risk and Reach the Whole Child Intention is everything, especially when educating and nurturing children. Words matter, and specificity with vocabulary determines whether or not adult interactions with kids have the desired impact. One misguided message many teachers instill in their students is that risk-taking is good. On the surface, this may seem like a worthwhile component of social-emotional learning. Yet I reiterate to my students that generally and within reason what one thinks of as risk is not truly risky at all. Especially where school is concerned, the vast majority of “risks” that tend to paralyze children and prevent them from making any academic attempt whatsoever contain no actual danger, undue burden, or extraordinary sacrifice. Granted, even in the best of situations a student’s active participation and investment in school sometimes contain a dash of discomfort, an element of uncertainty, and an enormous amount of effort and attention. Therefore, teachers should not completely dismiss risk.

Standards-Based Grading and Reporting: A Model for Special Education - Education News By Jung, Lee Ann Guskey, Thomas R One of the most important functions of report cards and grades is to give families information on their children’s progress in school. Families need to know their children’s strengths and deficiencies, and interventions that can be undertaken at home to promote success. Recognizing the need for meaningful progress reporting, many schools have begun implementing “standards-based” grading and reporting practices (Guskey, 2001). In recent years a marked increase has occurred in both the number of students with disabilities included in general education classes as well as the amount of time they spend there (Handler, 2003). A common strategy for grading students who are included involves the general education teacher’s taking responsibility for all areas on the regular report card and the special education teacher’s taking responsibility for reporting on progress toward IEP goals. Grading Adaptations Implications of Standards-Based Grading 1. 2. 3. 4. 5.

Author Interview: &apos;The Essentials for Standards-Driven Classrooms&apos; Two co-authors of the new book, The Essentials For Standards-Driven Classrooms: A Practical Instructional Model For Every Student To Achieve Rigor, agreed to answer a few questions. Michael D. Toth is founder and Chief Executive Officer of Learning Sciences International (LSI), author of Who Moved My Standards? Joyful Teaching in an Age of Change: A SOAR-ing Tale, and co-author, with Robert J. Marzano, of Teacher Evaluation That Makes a Difference: A New Model for Teacher Growth and Student Achievement. Carla Moore, MSEd, is Director of Professional Development Services and Product Development at LSI, specializing in teacher and leader effectiveness, and author of The Essentials for Standards Driven Classrooms, and Creating and Using Learning Targets and Performance Scales. Assuming the research is accurate, what do you think the reasons are behind this classroom reality? Michael D. These thirteen essential instructional strategies are a teacher's basic "toolbox." Data are everywhere! Save

Schools Often Fail to Educate, Support English-Language Learners - Learning the Language Schools across the United States often provide substandard instruction and social-emotional support to the nation's English-language learners—and fail to properly train the educators who teach them, a new report from the National Academies of Sciences, Engineering, and Medicine finds. Noting that limited English proficiency remains a substantial barrier to academic success for millions of children in K-12 schools, the study explores how under-resourced schools and under-prepared educators can hinder efforts to help those students learn and master English. The committee behind the report—consisting of a who's who of experts on language acquisition and educators—also explored the struggles of specific populations of English-learners such as those with disabilities, who are less likely than their native English-speaking peers to be referred to early intervention and special education programs. Here's a link to the full report. For Further Reading on This Topic:

Grading Exceptional and Struggling Learners Letter grades exchanged for standards-based report cards Los Angeles, CA – (October 19, 2011) — Remember the old report cards filled with A's, B's and C's? In more and more areas of the country, those letter-based report cards are being replaced with standards-based reporting. At the forefront of the grading revolution is educational expert, Thomas R. Guskey, a professor at Georgetown College in Kentucky and co-author (with Dr. "Because standards-based report cards measure students against a stated set of criteria, they are a more accurate assessment of how the student is actually progressing," says Dr. Guskey and Jung's newest book not only provides guidance for general standards-based grading, it focuses on fair grading of exceptional students, those with disabilities, English learners and those receiving services through a response-to-intervention (RTI) process. "As schools move toward common state standards, student assessment is the one element that remains misaligned.

Let The River Run: Float On Down Stream A classroom is ever changing like a river, displaying the progress, continuity and outpouring of knowledge. Rapids, falls, meandering, channels, banks, and eventually estuaries and deltas where they expand and release their flow into the sea of learning. Each bend of the lesson causing a course change, each student adding a plethora of personalities and mobility of mind. The flow of a classroom is roaring when these personalities merge from individual tributaries into a channel ever changing the landscape. Every teachers goal is to have the engagement level of their classroom high. Where the ebb and drift of the activity is guiding students to a place of self-awareness and motivation. An oxbow lake is a pool of stagnate water which forms beside a winding river due to erosion and deposition. If you have ever been boating, you know there are clear safety precautions in place to keep you safe on the water. Being in the water lends itself to fun, hands-on activities.

Growth Mindset: Clearing up Some Common Confusions | MindShift | KQED News By Eduardo Briceño A growth mindset is the understanding that personal qualities and abilities can change. It leads people to take on challenges, persevere in the face of setbacks, and become more effective learners. As more and more people learn about the growth mindset, which was first discovered by Stanford Professor Carol Dweck, we sometimes observe some confusions about it. Recently some critiques have emerged. Of course we invite critical analysis and feedback, as it helps all of us learn and improve, but some of the recent commentary seems to point to misunderstandings of growth mindset research and practice. Confusion #1: What a growth mindset is When we ask people to tell us what the growth mindset is, we often get lots of different answers, such as working hard, having high expectations, being resilient, or more general ideas like being open or flexible. Confusion #2: To foster a growth mindset, simply praise children for working hard Deepening our understanding over time

A27. Comprehensible Input: What Teachers Can Do - Empowering ELLs Did you get to read about Ayaka’s story in the previous article? It illustrates how Entering ELs can engage in critical thinking activities even though they are completely new to English. In Ayaka’s case, we focused on what we could do to help her learn and ignored all the rest until later. As I worked with Ayaka, I only had two priorities – first develop comprehensible input, then foster engagement. This is teacher speak for: Students can participate if they understand the content and the instructions. My first priority was to help Ayaka comprehend the instructions so that she can engage with the content. The Diagram The diagram below, divided into two sections, is the visual embodiment of these two priorities. The turquoise section denotes ways students themselves can demonstrate understanding, known as comprehensible output (Haynes, n.d), which I’ll explain in the next post. Comprehensible Input: What Teachers Can Do Direct Instruction Joint Construction Mr. Student: It stands for noun.