The 50 Free Apps We're Most Thankful For 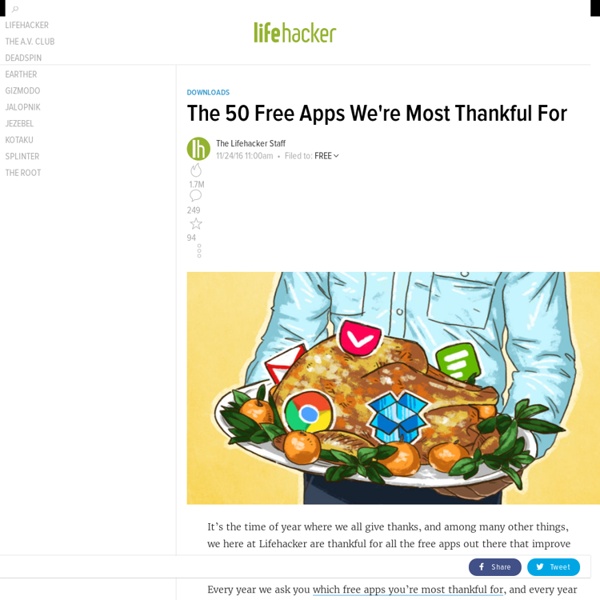 Silent Circle's latest app democratizes encryption. Governments won't be happy Courtesy of Silent Circle For the past few months, some of the world’s leading cryptographers have been keeping a closely guarded secret about a pioneering new invention. Today, they’ve decided it’s time to tell all. Ryan Gallagher is a journalist who reports on surveillance, security, and civil liberties. Follow Back in October, the startup tech firm Silent Circle ruffled governments’ feathers with a “surveillance-proof” smartphone app to allow people to make secure phone calls and send texts easily. “This has never been done before,” boasts Mike Janke, Silent Circle’s CEO. True, he’s a businessman with a product to sell—but I think he is right. The technology uses a sophisticated peer-to-peer encryption technique that allows users to send encrypted files of up to 60 megabytes through a “Silent Text” app. By design, Silent Circle’s server infrastructure stores minimal information about its users. The cryptographers behind this innovation may be the only ones who could have pulled it off.

Spike puts laser measurement hardware on the back of a smartphone Through the Spike smartphone app, users are able to capture, measure, 3D model and share any object up to 200 yards (183 m) away with what the company says is laser accuracy Image Gallery (10 images) Traditionally, the technology that goes into laser hardware for surveying and 3D modeling has been the plaything of architects, surveyors and engineers. View all Spike builds on the company's established GIS (geographic information systems) tools, which were used by the UN in the wake of natural disasters such as Hurricane Katrina and the 2010 earthquake in Haiti. Users take a photo of the object they wish to measure through the Spike companion app on their smartphone (the team has nearly completed an Android app and has an iOS app in development). Spike is also compatible with 3D modeling software SketchUp. The entire device weighs approximately 100 g (3.5 oz) and measures 90 x 50 x 20 mm (3.5 x 2 x .8 in). You can hear from the team behind Spike in the video below. Source: ikeGPS

PetMatch on the App Store Sproutling smart baby monitor learns and predicts baby behavior Babies don't come with instruction manuals, so the saying goes. But technology is promising to lend new parents a helping hand in the form of Sproutling, a smart baby monitor that keeps parents abreast of baby’s physical status, conditions in the baby’s room, and learns from baby's past behavior to provide specialized suggestions to sleep-deprived parents. View all The Sproutling system consists of three components; a breathable, washable band made from medical-grade, hypoallergenic silicone that the baby wears around his or her ankle; a dish that wirelessly recharges the wearable band and also monitors the room’s environmental conditions; and the Sproutling app, which collates all the data into useable observations and push notifications. According to its creators, the system collects 16 different measurements a second, including baby's heart rate, temperature, position and movement, along with the humidity, noise, and light conditions of the room. Source: Sproutling Share

Latest supercomputers run truer simulations of extreme weather High-resolution simulations of the global climate can now perform much closer to actual observations, and they perform far better at reproducing extreme weather events, a new Berkeley Lab study has found. Lead author Michael Wehner heralds this news as evidence of a golden age in climate modeling, as not only did the simulation closer match reality but it also took a fraction as long to complete as it would have in recent history – just three months compared to several years. "These kinds of calculations have gone from basically intractable to heroic to now doable," Wehner said. "I've literally waited my entire career to be able to do these simulations." The researchers used a CRAY XE-6 supercomputer at the National Energy Research Supercomputing Center to conduct their analysis for the period 1979 to 2005 at three spatial resolutions – 25 km (15.5 mi), 100 km (62 mi), and 200 km (124 mi) – and then compared the results to both each other and to real-world observations. Share

9-dollar computer tops two million on Kickstarter Raspberry Pi has new competition in the ultra-budget computer universe. CHIP purports to be the world's first $9 computer and its run on Kickstarter is coming to a close after raising over $2 million, more than 40 times its crowdfunding goal from nearly 40,000 backers. CHIP easily fits in your palm and packs a 1GHz processor, 512 MB RAM and 4 GB of storage with Linux loaded and ready to roll. The key to CHIP's low price is a partnership with China's Allwinner Technology, a chipmaker that has been particularly popular for open-source and budget projects, to drive down component prices through bulk ordering tens of thousands of chips at a time. An interesting optional extra for CHIP is the PocketCHIP, a custom shell that adds a 4.3-inch touchscreen, hard keyboard and 5-hour battery to create a device that looks something like a cross between an old-school Game Boy and a BlackBerry. Kickstarter backers who got in early should receive their bare bones $9 CHIP as early as December.

Pointing the Way: 3D Computer Cursors Could Navigate Virtual Worlds Forget everything you thought you knew about computer cursors. Researchers have come up with a way to turn cursors into a tool that can navigate around 3D space. Conventional pointers that are controlled with a trackpad and show up as a tiny arrow on a screen will soon be outdated, according to scientists at the University of Montreal in Canada. They have created a way to turn smartphones, tablets or anything with an interactive surface, into a translucent so-called "controlling plane" to select and manipulate objects in a 3D world. This futuristic technology could play an integral role in how virtual reality software responds to how users move in real life. Traditionally, a mouse and a cursor are confined to a screen "like a jail," said study lead researcher Tomás Dorta, a professor at the University of Montreal's School of Design. The high-tech cursor developed by Dorta and his colleagues can select objects in the 3D virtual world.

The Software That Detects When a Cat Is Messing with Your Keyboard Via PROwabisabi2015 (Flickr) Every September, 1,100 finely-dressed denizens gather at Harvard University’s Sanders Theatre — a building crafted with ornate woodwork and golden pillars — for an unusual ceremony. Launched in 1991 by science/humor magazine Annals of Improbable Research, the “Ig Nobel” awards (a parody of the Nobel Prize) recognizes ten achievements per year, in a wide variety of fields, that “first make people laugh, and then make them think." Priceonomics; via Improbable Research While 140 Ig Nobel prizes have been doled out in history, only one has been awarded in the category of “computer science.” As cat owners all too familiar with this phenomenon, we had to find out what PawSense was all about. After earning a degree in computer science from Arizona State University in the mid-90s, Chris Niswander spent his post-college days coding puzzle mazes, building Japanese language learning programs, and building python obfuscators. Niswander was no stranger to feline antics.

Watch the past happen SitsimLab video demonstrates how the Forum Romanum app works. Imagine yourself, in the Blücher app prototype shown above, looking out over the Oslofjord from the town of Drøbak. Pleasure boats leave foamy trails in their wake. You hold up your mobile phone against the waterline, and onto the screen another, larger ship slides into view - the German WWII heavy cruiser. As you turn to the right, the screen image follows, and Oscarsborg Fortress comes into view. What does gunfire have to do with the humanities? Gunnar Liestøl is on fire, too. Liestøl wants to show that the humanities involve more than passive analysis, and that they can express themselves actively. SitsimLab video of their app showing the old port city Phalasarna on Crete. Genette’s theories of narratology are tools to analyse how narratives are constructed. Balancing sequence and access Years of development portrayed in a few sentences that are read within seconds. Duration is one of Genette’s narrative concepts.