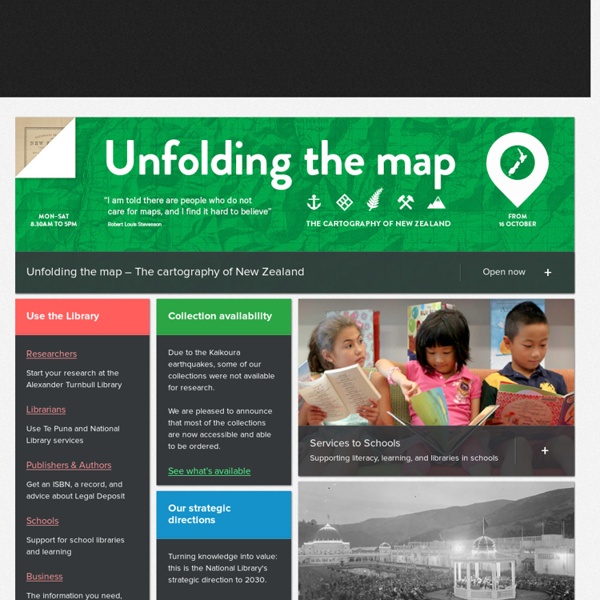 Welcome to the BnF The Bibliothèque nationale de France collects, preserves and makes known the national documentary heritage. The BnF’s collections are unique in the world: 14 million books and printed documents, manuscripts, prints, photographs, maps and plans, scores, coins, medals, sound documents, video and multimedia documents, scenery elements... All disciplines, whether intellectual, artistic or scientific, are represented in a comprehensive way. About 150 000 documents are added to the collections each year thanks to legal deposit, acquisitions and donations. Today, the BnF’s digital library, Gallica, provides access to over three millions documents. Numerous cultural events highlight and make known the library’s outstanding collections: exhibitions, lectures, symposiums, concerts and meetings are planned all the year long.

NZ's Perverse Ethnic Wealth Gap Comment Pete McKenzie traces Aotearoa's wide - and worsening - wealth gap between ethnic groups back to colonial land confiscation A 16,000-strong mix of imperial and colonial troops invaded the Waikato on July 12, 1863. Governor George Grey had stoked unfounded fears of Kīngitanga aggression to justify the attack – in reality, the colonial government was determined to seize fertile land near Auckland for Pākehā settlement. Carwyn Jones, a legal scholar at Victoria University of Wellington, emphasised that, “The idea of taking land and settling settlers was a central part of the military occupation of that land. The Public Library as an Incubator for the Arts Arguably, those who believe a public library is simply a repository of print books haven’t been to a public library lately. Here at MindShift, we’ve been covering the ways in which the library is evolving to change the demands of digital technologies and of its patrons: libraries are becoming learning labs, innovation centers, and makerspaces. Of course, the public library has always been a community center as much as a place to go to check out books to read, so the new extensions of the library’s service may not be so far afield from the institution’s mission to provide access to information. Even so, much of the emphasis has been on literacy — reading and writing, digital and analog — and not on other forms of creativity. But three graduate students at the University of Wisconsin-Madison School of Library and Information Studies have launched a project that points to another important way in which libraries play a key role in their communities.

Me hoki whenua mai? Putting tāngata back on the whenua To mark the anniversary of the signing of He Whakaputanga o te Rangatiratanga, the Declaration of Independence, on this day in 1835, race relations commissioner Meng Foon has one message: land back. Whenua is fundamental to Māori identity and whakapapa. Whenua and housing are essential for wellbeing. Yet despite Māori resilience, land loss has impacted tangata whenua for generations. To summarise this recent history, and the roots of the disparity in wealth between Māori and non-Māori, we must visit the land confiscations of the 1800s and ongoing land alienation through the Māori Land Court. Look at the rapid loss of Māori land since the 1800s:

Down the library path Bernadette Bennett, Kerry Gittens, and Lynette Barker When you are working with like-minded people sometimes the planets align and between you clarity can be achieved. The Hunter region has always had a strong professional body of Teacher Librarians (TL), gathering in small groups by region, education sector, and at the annual MANTLE conference. In 2006, the Hunter's TLs at the local Diocesan schools formed a group to create a Diocesan Information Skills strategy and accompanying programming guide that would provide consistency across the Diocese. The NSW Department of Education and Training's Information Skills Process (ISP) was used as the basis for creating the guide.

What the news media can learn from librarians Photo by Rich Grundy We can all agree it’s been a rough season for the news media. Hostile political crowds, accusations of slander, and struggles with what Guardian editor Katharine Viner has called the “waning power of evidence” and “diminishing status of truth.” Today more than ever, the news media’s role as a mediator and gatekeeper of civic discourse is being questioned. Jeffrey Rutenbeck, American University’s Dean of the School of Communication, voiced what many are feeling when he observed in a recent Knight Foundation report, “Journalism has had the luxury of not having to ask itself the existential question of why anyone should pay any attention to us at all.” He proposed an interesting way to tackle the problem.

Framework for Information Literacy for Higher Education Filed by the ACRL Board on February 2, 2015. Adopted by the ACRL Board, January 11, 2016. This work is licensed under a Creative Commons Attribution-NonCommercial-ShareAlike 4.0 International License. PDF Version Print copies may be purchased from the Association of College and Research Libraries for $15.00 for a package of 10, including standard postage.

RDA new cataloguing rules Why new rules, and what has it got to do with me? Resource Description and Access (RDA) is the cataloguing standard being introduced to replace Anglo-American Cataloguing Rules, second edition (AACR2). National Library of Australia has announced that it will implement RDA in early 2013 (Australian Committee on Cataloguing n.d.). Journal of the European Association for Health Information and Libraries Who do you think “Librarians of the Future” are? How would they behave and what would they look like? In my imagination they are like a space hero, a Flash Gordon-like figure with almost magical cyber librarian skills nobody ever had heard of. But hold on – many of us practice such skills already. Every time I listen to some of my colleagues from abroad I’m deeply astonished about the diversity of tasks they perform, the services they have invented, and the kind of non genuine library task they manage.

The Learning Commons Mindset February 12, 2015 by cultureofyes Students at West Bay Elementary School I walk into almost all of our schools in West Vancouver and very often the first thing people want to show me or talk to me about is the changes happening around the library. Reading for pleasure — a door to success The benefits of reading for pleasure are far reaching. Aside from the sheer joy of exercising the imagination, evidence indicates reading for pleasure improves literacy, social skills, health and learning outcomes. It also gives people access to culture and heritage and empowers them to become active citizens, who can contribute to economic and social development. Contents

Latest Study: A full-time school librarian makes a critical difference in boosting student achievement By Debra E. Kachel and Keith Curry Lance on March 7, 2013 Illustration by David Flaherty. Imagine trying to teach kids how to swim in an empty pool. That’s exactly what Baruch Kintisch envisioned when he took a hard look at the effects of his city’s deep education cuts. Philadelphia’s “schools are underfunded; classrooms are crowded; libraries, labs, and special-education services are outdated or nonexistent,” writes Kintisch, the director of policy advocacy and a senior staff attorney at the Education Law Center (see the Philadelphia Inquirer’s “City Schools’ Real Problem,” August 9, 2012).

The Flower of Nature - Medieval manuscripts blog The British Library's Digitised Manuscripts site has recently acquired some new residents, including unicorns, amorous elephants, humans and dragons. These can all be found in the recently digitised Der naturen bloeme or The Flower of Nature (Add MS 11390), a natural encyclopedia and bestiary in Middle Dutch verse. Add MS 11390, f. 22r The manuscript is one of only eleven extant copies and contains 571 fantastic illustrations of the humans, quadrupeds, birds, sea creatures, fish, poisonous snakes, insects and crawling animals, common trees, spice trees and medicinal herbs. The text also discusses wells, gemstones and metals.

Column: Can librarians help solve the fake news problem? Students study at a library table. Image by Blend Images/ Dave and Les Jacobs/ Getty Images Imagine, for a moment, the technology of 2017 had existed on Jan. 11, 1964 – the day Luther Terry, surgeon general of the United States, released “Smoking and Health: Report of the Advisory Committee to the Surgeon General of the United States.”