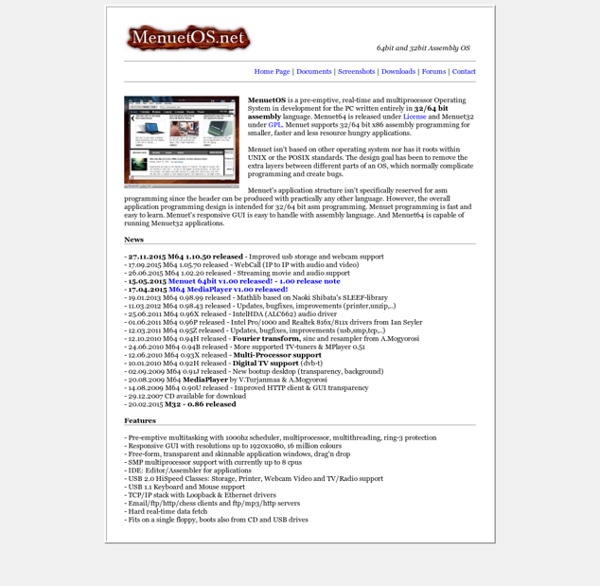 News Today marks the tenth anniversary of the first release of Syllable Desktop, then plainly called Syllable 0.4.0. The original website and announcement are gone, and many other circumstances of the time have changed quite dramatically. We are happy that Syllable is still here - which, judging by comparable ventures, is a feat to be proud of. We would like to celebrate by presenting the port of most of the Enlightenment E17 graphics stack to Syllable Desktop. The Enlightenment Foundation Libraries constitute a cross-platform application framework, from a graphics engine up to a widget set and a desktop environment. The Evas canvas is a scene graph rendering engine. On top of the canvas engine is the Edje layout engine. A number of subsystems that are common in other open source projects have been ported to Syllable Desktop to support Enlightenment. Enlightenment is an integrated stack. This graphics stack is running on top of the SDL subsystem in Syllable.

Tour | SkyOS Submitted by Robert Szeleney on Fri, 2006-01-13 08:29. Welcome to the SkyOS tour! Try SkyOS now! Video showing SkyOS in action This tour will give you general information about SkyOS and its available applications in every software category. You will see screenshots from beta3 - beta8 (booting SkyOS)