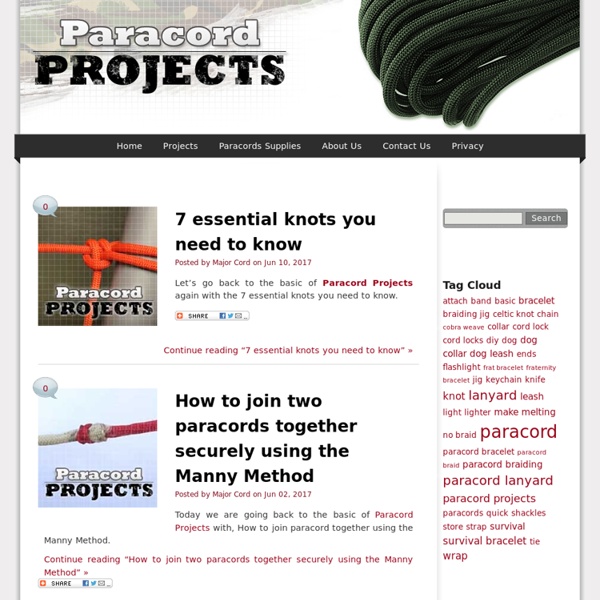 Quiet Friday: Rag Rug Finishing – Warped for Good How many people get to have a handmade article right under their feet? You come in from the world, with your feet dusty and weary; you look down, and the rug says, “Welcome home.” After the weaving is complete, the only thing left is finishing. For rags rugs, that means securing the warp ends, and finishing the ends with fringe or stitched hems. I prefer the look of hems over fringe, so my rugs usually have turned-under hems (occasionally, I do a bound hem, but I’ll save that for another time). The hem area is woven with narrower strips (about 1/4 in. or 1/2 cm) than the rest of the rag rug, to make it less bulky for turning under, and it lays nice and flat on the floor. The end is the beginning. Rosepath rag rugs being unrolled and cut from the loom. Step 1. Step 2. Step 3. Step 4. Step 5. Rosepath rag rug, hemmed and ready, with the look of a breath of fresh air. Let’s call this one the “Welcome Home” rug. May weary feet find your home to be a welcoming place.

How to Memorize - Learn to memorize and increase memory If you are visiting from StumbleUpon and like this article and tool, please consider giving it a thumbs up. Thanks! Memorizing does not have to be as hard as most people make it. The problem is that most people only know how to memorize by reading the same thing over and over again. In this article we are going to focus on a technique that will let you easily: Memorize a speechMemorize the BibleMemorize linesMemorize Scripture At the end of this article is a Javascript tool that makes it easy to implement this method. Synapses and Neurons and How to Memorize In the simplified model of the brain in this discussion, we’ll be looking at neurons and synapses. When you remember something neurons fire signals down particular synapse pathways to other neurons which in turn fire signals to other neurons. Strong Pathways Synapses appear to exhibit plasticity. For example, consider remembering your home telephone number. Now consider a number that you will have trouble remembering.

Animated Knots by Grog | How to Tie Knots | Fishing, Boating, Climbing, Scouting, Search and Rescue, Household, Decorative, Rope Care, Lifestyle Creep: Are You Living Beyond Your Means? Photo: bigpenguin2000 For the first seven years of our marriage, my wife and I lived in an apartment without an automatic dishwasher. It wasn’t something we ever thought about: we’re renters, so we couldn’t have put in a dishwasher if we’d wanted to, and I never considered washing dishes a particularly onerous chore. Then we moved to an apartment with a dishwasher. Wow, these things are great! I was a victim of lifestyle creep, which is a fancy name for keeping up with the Joneses. No news there, I trust. I too could have been happy without cigars if only I had not experienced their pharmacological mysteries in my wayward youth. Ew. Who cares? So, what’s the big deal? Here’s the big deal: * Your lifestyle can easily creep beyond your means to pay for it. * The more expensive your lifestyle, the farther you have to fall in a crisis. Every year after we do our taxes, my wife and I sit down and talk about our financial status and goals for the year. Automatic Savings — Manual Spending

Starting To Net | More than Fish and Hammocks To start netting, you should have 3 things: The string you will be making the net from,your mesh stick,and a foundation of some sort. The foundation (which is what you attach your first row of loops to) is not strictly required, but it is much easier to start with one than without as it provides an anchor/tension point for your netting. The traditional foundation is another loop of string, long enough to loop around your foot, or some other anchor point, and still allow your net to be at about navel-level (or wherever is most comfortable for you to have your hands) when pulled taut. To Begin Your Net: Bring the working end of your string up in front of your foundation, down behind it, and then to the front underneath. Bring the working end of your string across, in front of the tail end, and up behind the foundation. Tighten the knot. Place your mesh stick parallel to your foundation, and just below your first knot.

WannaLearn.com DIY Nautical Knot Rope Necklace - Handmade in the Heartland I am so excited about this necklace. Don't you just love when you make something that you are so in love with? When i was getting all my ideas together for the DIY jewelry segment i did yesterday on fox4 this necklace wasn't even on the list, i was making some bracelets out of rope and then it hit me, nautical knot! Nautical Knot Rope Necklace Supplies: 4 1/2 yards cotton rope, cut into 4 pieces 40" each hot glue gun scotch tape thin suede (or faux suede) cord - mine was around 1/8" thick When you cut your rope use the scotch tape and wrap it around the ends so the rope does not fray, this also makes it easier to glue the ends together when making the necklace. 1. 2. 3. I found it easiest to start at the ends and follow them around the knot, weaving as you go. 4. Make it into a necklace! 1. 2. 3. 4.

Sling A sling is a weapon used to fire rocks farther and harder than could be thrown by hand alone. I made this sling from bark fiber that I made into cord. The cord was then tied in such a way to produce an area in the middle with three cords. A strip of the same bark fiber was woven between these to form a pouch. A loop was tied at one end of the sling and a knot tied in the other. To use it, the loop is slipped over the finger and the knot is held down with the thumb. Constrictor knot History[edit] First called "constrictor knot" in Clifford Ashley's 1944 work The Ashley Book of Knots, this knot likely dates back much further.[5] Although Ashley seemed to imply that he had invented the constrictor knot over 25 years before publishing The Ashley Book of Knots,[1] research indicates that he was not its originator.[6] Ashley's publication of the knot did bring it to wider attention.[7] Although the description is not entirely without ambiguity, the constrictor knot is thought to have appeared under the name "gunner's knot" in the 1866 work The Book of Knots,[8][9] written under the pseudonym Tom Bowling.[10] in relation to the clove hitch, which he illustrated and called the "builder's knot". Tying[edit] The method shown below is the most basic way to tie the knot. Variations[edit] Double constrictor knot[edit] If a stronger and even more secure knot is required an extra riding turn can be added to the basic knot to form a double constrictor knot. Usage[edit] Releasing[edit]

How to Make a Rope Ladder Editor’s note: This post was written by Bryan Black and originally ran on ITS Tactical. If you lived on the second floor as a boy, you probably spent some time thinking about how you’d get out the window and onto the ground if there was a fire, and how cool it would be to climb down a rope ladder to make your escape. But maybe your parents never bought you that ladder and you didn’t know how to make one yourself. Well today I’ll show you such a simple way to create a rope ladder, you’ll wonder how you never knew about it! What you’ll see here is a field expedient way to quickly throw together a ladder in a rescue situation or to complete the final touches on a Pioneering project. A truly versatile technique that you should throw into your knotty toolbox. Ladder Lashing This ladder lashing should be created with natural fiber rope like Manila because it grips wooden rungs better. (Strength: 3/Secure: 3/Stability: 1/Difficulty: 3) Uses: Materials Tying Instructions:

How To Tie A Fishing Knot - Online Survival Blog & Survival News Growing up, I would walk down to the pond with my Dad and my Papa. We would post up on the edge of the pond with cane poles, tie on a line and use some of “Papa’s Famous Catfish Bait” that had been “marinating” out behind the shed for a few months and proceed to spend the day catching sun perch, and catfish. Those were times that I wish I could relive over and over again! Unfortunately time moves ever forward and as Robert Frost put it, “way leads on to way.” Needless to say, I found that quite a few of my teenage years went by before I found myself out at the edge of any pond again… And by then, I found myself staring at my fishing line and the hook… and I, for the life of me, could not remember how to tie the knot that we always used on our fishing poles. It frustrated me to no end that I could not remember how to tie a fishing knot! Luckily, the internet has all the answers… (insert sarcasm) Like for example, if you’re interested in fly fishing and learning how to tie fly fishing knots:

How to Make Rag Rugs – Make Your Own Rag Rugs – Braided Rag Rug How to Make Rag Rugs 72K+ As I've mentioned before, we've been very excited to get moved into our farmhouse since we basically found out we didn't have any other options. But even though that was the case, we are determined to make the best of it that we can. Previously to moving into our camper, we sold everything. And I do mean EVERYTHING. Well I guess not everything turns out the way we planned so here we are, 9 months later in our new home without anything much for it and without any money to buy things for it. One of the things I wanted for my new house was some pretty rugs. It was incredibly cheap (for a nice rug) and not very hard to put together. What You Need: Rags, Old Clothing, Old Sheets, ectScissorsSewing MachineThread I found 2 old sheets at a thrift store in good shape. Start by cutting a small strip on the end of the sheet (lengthwise, not across). Keep tearing strips from the sheets until you have as many as you want. Take 3 strips and make a knot at the end of them.