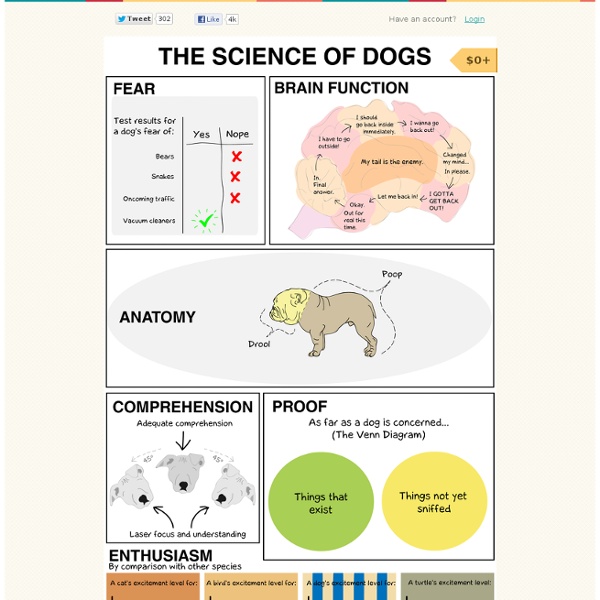 Ethereal Macro Photos of Snowflakes in the Moments Before They Disappear Russian photographer Andrew Osokin is a master of winter macro photography. His photo collection is chock full of gorgeous super-close-up photographs of insects, flowers, snow, and frost. Among his most impressive shots are photographs of individual snowflakes that have fallen upon the ground and are in the process of melting away. The shots are so detailed and so perfectly framed that you might suspect them of being computer-generated fabrications. They’re not though. You can enjoy many more of Osokin’s impressive photographs (16 pages worth, at the moment) over on his LensArt.ru website. Andrew Osokin Photography [LensArt via The Curious Brain via Colossal] Image credits: Photographs by Andrew Osokin and used with permission

Spectacular Moleskine Doodles Explode with Energy Philippines-based illustrator Kerby Rosanes proves that doodling can be so much more than scratching unintelligible scribbles on paper. Through his Sketchy Stories blog, Rosanes shares his wonderful world of doodling in a simple Moleskine sketchbook. Equipped with an ordinary Moleskine, a few Uni Pin drawing pens, and his innate gift for drawing, the artist is able to transport viewers to a world where tiny, cartoonish creatures explode with gusto to make up larger entities. Each of the illustrator's complex and crowded sketches are filled with minute details that allow the eye to wander and discover new characters and designs at every turn. The portraits are immediately mesmerizing, but even more spectacular when looked upon closely. Rosanes says that he's on a bit of an illustration high from merging animals with his "crazy doodle monsters" but admits, "I’m liking the results of every fusion." Kerby Rosanes websiteKerby Rosanes on deviantART via [Gaks]

Cute, Cuter, The Cutest | Some Pets The Chameleon is a truly amazing type of lizards. It is obviously cute but also beautiful, coming in a vast range of color, from red to pink, to blue, turquoise, orange, green and even yellow. There exist roughly 160 species of chameleon mostly found in warm habitats including the rain forest, Madagascar and the desert, […] The Snow Leopard is a rare & beautiful endangered cat native to the mountain ranges of Central Asia, it is considered moderately large in size weighing between 60lbs & 120lbs. Snow leopards occupy alpine and subalpine areas generally 3,350 to 6,700 metres (10,990 to 22,000 ft) above sea level in Central Asia. There is only approximately […]

Do you want your video to look like film? — Cinema Advanced Cinema Advanced I’m sure you’ve been poking about on the internet and come across many differnent forums. Have you noticed that everyone is talking about this mysterious thing called “film look”? I’m sure you have. The way people talk about it, it seems like making your video look like film is the holy grail. I’m sure in your mind this has raised many questions. The truth about ‘film look’ If you float around the message boards long enough…you’ll probably be really confused as to what this whole concept is about. Let’s talk about the “why” aspect first. Why make your video look like film Many people just assume film is better so it only makes sense to try and make your video look like film. The real reason to strive to make video look like film is because audiences are used to the look of film when watching a movie. Ultimately though, you have to shoot with what you have. Film look demystified There are a variety of components that make film look different than digital video.

What crazy national day falls on your birthday? Christmas is great and all but it's so boring - EVERYONE celebrates Christmas. So we decided to have a look at some unconventional & weird days we could fill the calendar with. First stop, the internet. Unsurprisingly we were not disappointed. Though some of these may be a little obscure (give them a quick Google if you're unsure), they are all genuine national days somewhere in the world. Which one falls on your birthday? We've just launched our Student Beans ID iOS app! Remember, if you're a student, to add these things to your life - huge student discounts - freebies - brilliant student articles like this - all for FREE. Sign up to studentbeans.com right now Don't wait until later, you know you'll forget! 1… Emma M.

"What Does Love Mean?" See How 4-8 Year-Old Kids Describe Love Article By:Ladan Lashkari A group of professional people posed this question to a group of 4 to 8 year-olds: "What does love mean?" The answers they got were broader and deeper than anyone could have imagined. See what you think... "When my grandmother got arthritis, she couldn't bend over and paint her toenails anymore. So my grandfather does it for her all the time, even when his hands got arthritis too. Rebecca - age 8 "When someone loves you, the way they say your name is different. Billy - age 4 "Love is what makes you smile when you're tired." Terri - age 4 "Love is when my mommy makes coffee for my daddy and she takes a sip before giving it to him, to make sure the taste is OK." Danny - age 7 "Love is when you kiss all the time. Emily - age 8 "Love is what's in the room with you at Christmas if you stop opening presents and listen." Bobby - age 7 (Wow!) "If you want to learn to love better, you should start with a friend who you hate." Nikka - age 6 (we need a few million more Nikka's on this planet)

What Do Bears And Wolves In Yellowstone National Park Do When No One's Watching? How do grizzly bears and wolves in Yellowstone National Park carry on when they don't think anyone is watching? Well, as these pictures show, they're not going after each other tooth and claw. Nancy Ward, the park's acting chief of maintenance, was heading to Lake for a meeting back on May 4, before the park's interior roads were open for the public, when she spied a wolf and another animal in a snow-covered drainage. As she continued on, she thought the other animal might be a bison struggling in the snow. With some time to spare, she turned around and headed back to where she had seen the animals. There was a spot cleared right across the river from these two.

These Photos Are Actually Pencil Perfect Drawings At just 22 years old, Italian artist Diego Fazo has developed the skill to create photo-realistic drawings using a simple charcoal pencil. His latest creation, pictured below, has drawn hundreds of positive comments on his Deviant Art profile. Don’t tell me you can tell the image below is a drawing and not a high-definition photograph, because I don’t buy it. In fact people were so skeptical this incredible piece of art was drawn by hand that young Diego Fazo had to put up some photos of the work in progress just to lay doubts to rest. And looking at his-mind-blowing masterpiece, can you really blame people for questioning it’s hand-drawn? Like other talented artists who started their careers on Deviant Art, Diego is a self-taught pencil master whose technique matured with the passing of the years. Scroll down for more of his awesome drawings, and check out his Deviant Art profile, as well. Reddit Stumble