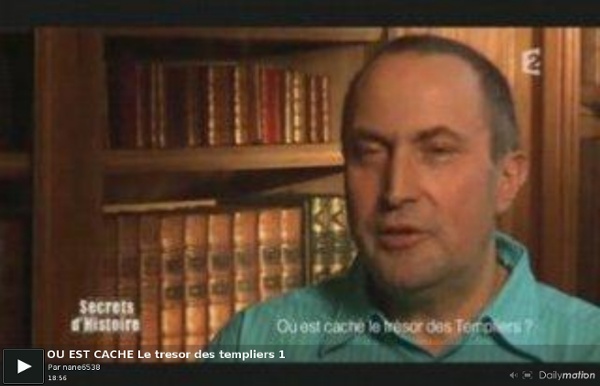 Rosslyn Templars The Sinclair family | Rosslyn Templars On this page we shall provide information relating to the Sinclair family. The Scottish origins of the name SINCLAIR: This Caithness surname is of territorial origin from St. John Singular held land in Aberdeen, c.1450. ‘Sinclair, Sutherland, Keith, and Clan Gunn,There was never was peace when thae four were in.’ The name Sinclair and some of the various spellings, together with the dates recorded thereof are undernoted: Much of the above is taken from: Black’s: Surnames of Scotland. Some might a wee bitty concerned that the Sinclair family is not a ‘real’ clan. The etymology of words, and in this instance proper names, is fraught with difficulty and danger. We are informed that the book: the Genealogie of the Saintclaires of Rosslyn contains a a huge amount of information regarding the Sinclair family, it origins and activities. This book, shortly to be published by the Grand Lodge of Scotland has a, brief pre-publication, review on this website. Sinclair Arms Arms:Quarterly, Crests:

Ouroboros - A Thorough Explanation The Ouroboros is a Greek word meaning 'tail devourer,' and is one of the oldest mystical symbols in the world. It can be perceived as enveloping itself, where the past (the tail) appears to disappear but really moves into an inner domain or reality, vanishing from view but still existing. The ouroboros has several meanings interwoven into it. Foremost is the symbolism of the serpent biting, devouring, or eating its own tail. This symbolizes the cyclic Nature of the Universe: creation out of destruction, Life out of Death. The ouroboros eats its own tail to sustain its life, in an eternal cycle of renewal. The Serpent biting its own tail is first seen as early as 1600 years BC in Egypt as a symbol of the sun, and represented the travels of the sun disk. In mythology, the Oroborus is a symbol representing the Milky Way galaxy. It is found in Gnosticism and alchemy representing cyclical natural life and the fusion of opposites. History THERE ARE [ 1 ] ARTICLES RELATED TO: Ouroboros

Scan0002 The Real History of the Rosicrucians: Introduction Sacred Texts Sub Rosa Index Previous Next Buy this Book at Amazon.com The Real History of the Rosicrucians, by Arthur Edward Waite, [1887], at sacred-texts.com p. 5 "In cruce sub sphera venit sapientia vera."--Hermetic Axiom. "La rose qui a été de tout temps l’emblême de la beauté, de la vie, de l’amour et du plaisir, exprimait mystiquement toutes les protestations manifestées à la renaissance. . . . THREE derivations are offered of the name Rosicrucian. p. 6 digested and modified, produces gold. This opinion exaggerates the importance attributed to the dew of the alchemists. p. 7 of the Society, F. "Several chemists," says Pernetz, in his "Dictionnaire Mytho-Hermétique," "have regarded the dew of May and September as the matter of the Magnum Opus, influenced doubtless by the opinion of various authors that dew was the reservoir of the universal spirit of Nature. . . . p. 8 monogram, or jewel," says Godfrey Higgins, "is a Red Rose on a Cross, thus:-- p. 9 p. 10 lilium. p. 11 p. 12 p. 13 p. 14 p. 15

Merovech Silvered brass mounting from 1867 depicting Merovech victorious in battle, by Emmanuel Frémiet. Merovech (Latin: Meroveus or Merovius) (d. 453/457) is the semi-legendary founder of the Merovingian dynasty of the Salian Franks (although Chlodio may in fact be the founder), which later became the dominant Frankish tribe. He allegedly lived in the first half of the fifth century. His name is a Latinization of a form close to the Old High German given name Marwig, lit. "famed fight" (cf. māri "famous" + wīg "fight") compare modern Dutch mare "news, rumour", vermaard "famous" and vecht "fight".[1] He is said to be one of several barbarian warlords and kings that joined forces with the Roman general Aetius against the Huns under Attila on the Catalaunian fields in Gaul. There is little information about him in the later histories of the Franks. Another theory[6] considers this legend to be the creation of a mythological past needed to back up the fast-rising Frankish rule in Western Europe.

Mérovech, roi des Francs saliens (c.415 - c.456) Merovech From Wikipedia, the free encyclopedia Merovech (Latin: Meroveus or Merovius; ) is the legendary founder of the Merovingian dynasty of the Salian Franks, that later became the dominant Frankish tribe. There is little information about him in the later histories of the Franks. According to another legend, Merovech was conceived when Pharamond's wife encountered a Quinotaur, a sea monster which could change shapes while swimming. The first Frankish royal dynasty called themselves Merovingians in his honor. Merovech may have been the father of Childeric I who may have succeeded him. Reference in popular culture The legend about Merovech's conception was adapted in 1982 by authors Henry Lincoln and Richard Leigh in their book Holy Blood Holy Grail, as the seed of a new idea. There is also a fictional character called The Merovingian in the movies The Matrix Reloaded and The Matrix Revolutions (portrayed by Lambert Wilson). Notes ^ Green, D.H. ^ Pseudo-Fredegar, Hist. ^ see M. References

Merovingers | Genealogy: Bloodline from Merovech to my children The Merovingians The Merovingians This page was set up by Robert Sewell in July 2006 to show the descent of the Counts of Vermandois from Merovech, after whom the Merovingian Kings of France were named. Robert Sewell graduated from McMaster University (Hamilton, Ontario, Canada) in 1967 with a B.Sc. degree in chemistry. Click to contact Robert Sewell Please visit the Sewell Genealogy Site Map for other pages in this series. The information presented here has been taken from the following sources:World Book Millenium 2000 Deluxe Edition, © 1999 World Book Inc., © IBM Corp.Microsoft Encarta Encyclopædia 99, © 1993-1998 Microsoft CorporationNorman F. Mormon Pioneer Genealogical Society, Salt Lake City, Utah, 1985. The Pictorial Encyclopædia, New York, 1954The Book of History (18 Volumes), London, 1914Periodical Historical Atlas of Europe, Kings of France, Generation OneChlodio, Chieftain of the Salian Franks . . . Merovich, King of the Franks

Illuminati History thru -1900 Also, the Masons own written material "The New Age Magazine" (aka The Golden Age), Bound Volumes of Jan 1953 thru April 1953, along with my research into the Freemasons, Illuminati, and other secret societies and there tie in with the United States Presidents. I wanted to combine part of these works and to put it in a time line. I would like to add, that to get a full understanding of the above mentioned works you should read them in their entirety. This timeline will constantly be updated. Illuminati History thru -1900 King David did not have anything to do with the hexagram, although his son Solomon did when he began worshipping Ashtoreth (Star, also known as Astarte, Chiun, Kaiwan, Remphan, and Saturn). Solomon built altars to Star (Astarte, aka Ashtoreth). The Roman Catholic church retains much of the Saturn worship in its ritual. This is where Freemasons get there rituals. ". . . the mysterious sea beast -- the Bistea Neptunis -- as symbolically defined in the Merovingian ancestry.