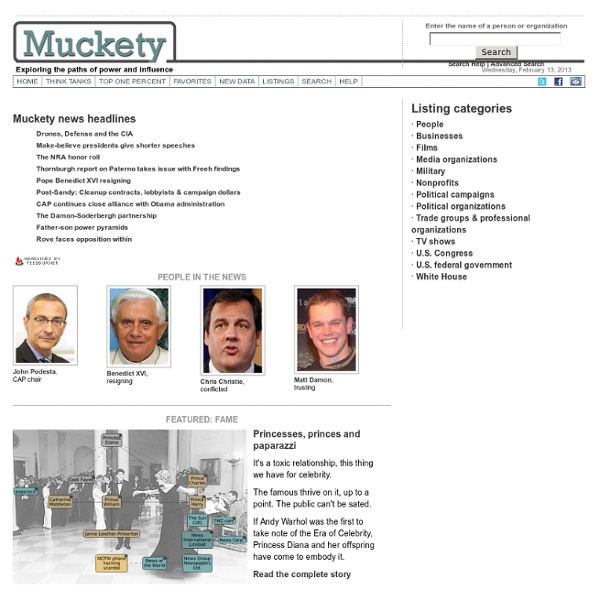 Free Speech Is Killing Us In 1993 and 1994, talk-radio hosts in Rwanda calling for bloodshed helped create the atmosphere that led to genocide. The Clinton administration could have jammed the radio signals and taken those broadcasts off the air, but Pentagon lawyers decided against it, citing free speech. It’s true that the propagandists’ speech would have been curtailed. It’s also possible that a genocide would have been averted. I am not calling for repealing the First Amendment, or even for banning speech I find offensive on private platforms. What I’m arguing against is paralysis. The Constitution prevents the government from using sticks, but it says nothing about carrots. Congress could fund, for example, a national campaign to promote news literacy, or it could invest heavily in library programming. Or the private sector could pitch in on its own. “We need to protect the rights of speakers,” John A. Mr.

SIFT (The Four Moves) How can students get better at sorting truth from fiction from everything in between? At applying their attention to the things that matter? At amplifying better treatments of issues, and avoiding clickbait? Since 2017, we’ve been teaching students with something called the Four Moves. Our solution is to give students and others a short list of things to do when looking at a source, and hook each of those things to one or two highly effective web techniques. We call the “things to do” moves and there are four of them: Stop The first move is the simplest. First, when you first hit a page or post and start to read it — STOP. Second, after you begin to use the other moves it can be easy to go down a rabbit hole, going off on tangents only distantly related to your original task. Please keep in mind that both sorts of investigations are equally useful. Investigate the source We’ll go into this move more on the next page. Find better coverage It’s about REcontextualizing Like this: Like Loading...

'Fiction is outperforming reality': how YouTube's algorithm distorts truth It was one of January’s most viral videos. Logan Paul, a YouTube celebrity, stumbles across a dead man hanging from a tree. The 22-year-old, who is in a Japanese forest famous as a suicide spot, is visibly shocked, then amused. Paul, who has 16 million mostly teen subscribers to his YouTube channel, removed the video from YouTube 24 hours later amid a furious backlash. The next day, I watched a copy of the video on YouTube. The answer was a slew of videos of men mocking distraught teenage fans of Logan Paul, followed by CCTV footage of children stealing things and, a few clicks later, a video of children having their teeth pulled out with bizarre, homemade contraptions. I had cleared my history, deleted my cookies, and opened a private browser to be sure YouTube was not personalising recommendations. “I’m going to post it on YouTube,” said a teenage girl, who sounded like she might be an older sibling. Lately, it has also become one of the most controversial. It was a curious response.

That Uplifting Tweet You Just Shared? A Russian Troll Sent It Internet trolls don’t troll. Not the professionals at least. Professional trolls don’t go on social media to antagonize liberals or belittle conservatives. They are not narrow minded, drunk or angry. Professional trolls, on the other hand, are the tip of the spear in the new digital, ideological battleground. On August 22, 2019, @IamTyraJackson received almost 290,000 likes on Twitter for a single tweet. The purpose of the Tyra account, we believe, was not to spread heartwarming messages to Americans. We’ve spent the past two years studying online disinformation and building a deep understanding of Russia’s strategy, tactics, and impact. Professional trolls are good at their job. Disinformation operations aren’t typically fake news or outright lies. As good marketers, professional trolls manipulate our emotions subtly. This tweet didn’t seek to anger conservative Christians or to provoke Trump supporters. Accounts like @IamTyraJackson have continued @PoliteMelanie’s work. Volume 0%

Anti vax movement: Russian trolls fueled anti-vaccination debate in U.S. by spreading misinformation on Twitter, study finds Russian Twitter trolls have attempted to fuel the anti-vaccination debate in the U.S., posting about the issue far more than the average Twitter user last year, a study out of George Washington University has found. The "sophisticated" bots shared opinions from both sides of the anti-vaxxer debate, which took the U.S. by storm and prompted tech companies to crack down on the spread of misinformation surrounding vaccinations. In the study, professor David Broniatowski and his colleagues say the Russian trolls' efforts mimic those used in the past. Such trolls ramp up controversial issues in the U.S. by inflating different viewpoints, the study says. The U.S. is in the midst of the worst measles outbreak in the country in 25 years. Health officials say misinformation and anti-vax messages have led more people to avoid vaccination, allowing the disease to spread. "These outbreaks are due to the anti-vaccine movement," Dr.

The Plot to Subvert an Election: Unraveling the Russia Story So Far On an October afternoon before the 2016 election, a huge banner was unfurled from the Manhattan Bridge in New York City: Vladimir V. Putin against a Russian-flag background, and the unlikely word “Peacemaker” below. It was a daredevil happy birthday to the Russian president, who was turning 64. In November, shortly after Donald J. Police never identified who had hung the banners, but there were clues. The Kremlin, it appeared, had reached onto United States soil in New York and Washington. For many Americans, the Trump-Russia story as it has been voluminously reported over the past two years is a confusing tangle of unfamiliar names and cyberjargon, further obscured by the shout-fest of partisan politics. But to travel back to 2016 and trace the major plotlines of the Russian attack is to underscore what we now know with certainty: The Russians carried out a landmark intervention that will be examined for decades to come. And there is a plausible case that Mr. As Mr. Mr. Whether Mr.

There is no middle ground for deep disagreements about facts Consider how one should respond to a simple case of disagreement. Frank sees a bird in the garden and believes it’s a finch. Standing beside him, Gita sees the same bird, but she’s confident it’s a sparrow. What response should we expect from Frank and Gita? If Frank’s response were: ‘Well, I saw it was a finch, so you must be wrong,’ then that would be irrationally stubborn – and annoying – of him. (The same goes for Gita, of course.) Our disagreements on a societal level are much more complex, and can require a different response. Consider a case of deep disagreement. Updates on everything new at Aeon. Amy understands all this, but thinks that it merely reflects Ben’s naturalistic perspective on human nature, which she rejects. Some of our most worrying societal disagreements are deep disagreements, or at least they share certain features of deep disagreements. Deep disagreements are, in a sense, irresolvable. No. This is a surprising result.