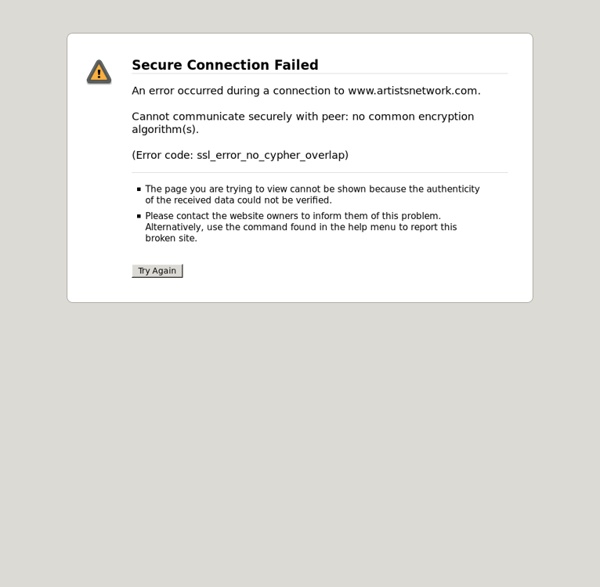 4 | 10 Moments Of Pop Music History, As 8-Bit Animated GIFs The Beatles play Ed Sullivan. Michael Jackson debuts the moonwalk. They were big moments in music, but now that they’ve been immortalized in animated GIF, Ringo can breathe a sigh of relief that his legacy is cemented. Music History In Gifs is a collection by Joshua Carrafa that celebrates music’s biggest moments as 8-bit animations. Hosted on a Tumblr that went live about six months ago, Carrafa, who is a musician himself, renders everyone from MC Hammer to Bret McKenzie with the charming pixel aesthetic of a 1980s Sierra game. The Beatles on their Abbey Road cover. “I love this resurgence of the GIF that’s going on right now. Carrafa sees his project, for as amusingly creative as it may be, as the product of several layers of restrictions. Psy’s "Gangnam Style" So I ask Carrafa, then, not what makes his work creative, but what makes a good animated GIF. “It’s like asking: What makes a good hook in a pop song?” See the project here. [Hat tip: Buzzfeed]

How to become a Successful Writer: Seth Godin in Conversation Are you ready for success?Art is the unique work of a human being, work that touches another. – Seth Godin, The Icarus Deception This is part 2 of Seth Godin in conversation with Mary Jaksch, the Chief Editor of Write to Done. Seth: If you’ve accepted that the rules of the game are that you are not willing to write unless everyone likes what you write, then you’ve just announced that you’re an amateur, not a professional, and that you’re probably doomed. Whereas the professional writer says, ‘It is almost certain that most of what I write will not resonate with most people who read it, but over time, I will gain an audience who trusts me to, at the very least, be interesting.’ Mary: I suppose that’s the real advantage of the internet as opposed to the writing industry: you can always find that small group of people who will be interested in what you write. Seth: Yes, that’s exactly right. Iceland teaches an important lesson. All you need to make a living is for four thousand to adore you.

Gardening, Farming Take Root in New York City Dianna Grant of East New York Farms! Youth Internship program washes bok choy at the United Community Centers Youth Farm in Brooklyn, N.Y. East New York Farms! Is a recipient of the USDA Community Food Projects grant. If your picture of New York City is skyscrapers and neon, consider expanding that image to include vegetable crops – a lot of vegetable crops – growing everywhere from ground level to rooftops. The Big Apple boasts the largest community gardening program in the United States, bringing more local food into the city’s food system. Lindsay Campbell, a research social scientist with the New York City Urban Field Station, a unit of the Forest Service’s Northern Research Station, has interviewed dozens of policymakers, nonprofit leaders and community residents engaging in urban agriculture. Her work has unearthed additional opportunities for research on agriculture in the city. Forest Service research is also evaluating the effect that gardening has on the lives of the gardeners.

Islamofascist Killers Threaten Syria by Stephen Lendman They're merciless cutthroat murderers. They commit grotesque atrocities. Torture, beheadings, and other monstrous savagery are all in a day's work. They're Washington favorites. They're recruited, heavily armed, trained, funded and directed in all US regional wars. A March 1983 photo showed Afghan Mujahideen fighters there. He called Nicaraguan Contra killers "our brothers, these freedom fighters and we owe them our help. History doesn't just rhyme. Wherever America shows up, deaths, mass destruction, and brutal atrocities follow. Afghanistan, Iraq, and Libya tasted US-style liberation. On December 15, China's Xinhau headlined "Growing Presence of Extremists Sends Chills Down Syrians' Spines," saying: Syrians now experience what's happened regionally for years. Syrians fear for their lives and country. Many Syrians able to leave do so. Forty-six year old engineer Maher perhaps spoke for others. He hopes Syria won't be another Afghanistan or Iraq. None exist.

Nightscape How to Become a Writing Rockstar: A Simple Guide Do you want to become a writing rockstar? Have you ever felt like you could be more? I’m talking about that feeling deep down that nudges you forward with your writing. That feeling that tells you that you are good enough, that you can become a real writing rockstar. But it’s not that easy. If it were, you wouldn’t be reading this. Something elusive that doesn’t seem to go away. Can you let it be and still go after your dreams? Let’s explore that question. What is a Writing Rockstar? Before we do anything, we have to define what a writing rockstar is. You see, you’re already a writing rockstar. If you want to do that, that’s fine. This is about doing what makes your heart sing. Society imposes standards on us, but they are irrelevant. Why Become a Writing Rockstar? Because it’s what you want. You don’t need a reason to go after your dreams. You just have to take action. When you embrace your dreams, and you start going after them without needing permission from anyone, your life will change. 1.

Is 3D printing the key to Utopia? | Technology | The Observer Magic trick: a 3D printer makes a plastic rabbit. Photograph: David Neff You know the problem: the dishwasher that has cleaned your dishes faithfully for 15 years suddenly stops working. You call out a repairman who identifies the problem: the filter unit has finally given up the ghost. Up until now, this story would have had a predictable ending in which you sorrowfully junked your trusty dishwasher and bought a new one. Eh? It works like this: a designer uses computer-assisted design software to create a three-dimensional model of an object. What comes irresistibly to mind the first time one sees a 3D printer in action is Arthur C Clarke's famous observation that "any sufficiently advanced technology is indistinguishable from magic". Why? The disruptive significance of this has yet to dawn on many governments and corporations. Quite so.

Instant Author. How To Turn What You Know Into A Book by Cathy Presland (and 1 other) So Many People Want To Write A Book And So Few Do Many of us dream of having a book. But it can seem like such a big project, or we're not sure what to write about that we don't start. Or we start and don't finish. Your Time Is Now And yet there has never been a better time to write a book. How Can We Help You already have expertise and experience, a story to tell, or some how-to knowledge. The Right Foundation We start by helping you set the right foundation - getting you grounded in your values and deciding on the right strategy for your book. Write in Flow And we ease you into the writing process. Gain Confidence And once you've gained some confidence we up the pace and help you bust through any procrastination to get that all important first draft complete. Consolidate and Polish And then we dedicate a whole section to editing and review. Course Structure Your Commitment So, do yourself a favour, and make this the month you finally get your book done!

The Prezenter Prezume by Russell (The Prezenter) Anderson-Williams on Prezi Singing Fish Hums to Attract Mates | Plainfin Midshipman It sounds like the drone of a guitar amplifier, but it's actually the amorous serenade of a fish called the plainfin midshipman. During the summer, this sonorous sea creature hums to attract females to its rocky seafloor love nest. "It sounds like a drone of bees or maybe even the chanting of monks," neurobiologist Andrew Bass, who has studied these fish extensively, told LiveScience. The hum is so loud that for years, houseboat owners in Sausalito, Calif., complained it was disrupting their sleep and drowning out conversations. These fish can be found from Santa Monica, Calif., all the way up to Alaska. To make their humming sounds, the fish use the gas-filled bladder that keeps them buoyant. And it gets even weirder: There are actually two kinds of male midshipman. The fish don't just make noise to entice a female. The bizarre humming of the midshipman isn't really that unusual, according to Bass.