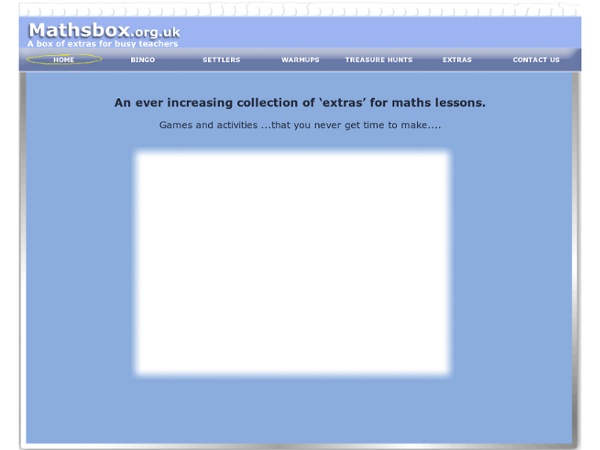 Nayland Mathematics Free Math Worksheets MathedUp! » KS5 Yummy Math Suffolk Maths Three Acts Of A Mathematical Story 2016 Aug 6. Here is video of this task structure implemented with elementary students. 2013 May 14. 2013 Apr 12. Storytelling gives us a framework for certain mathematical tasks that is both prescriptive enough to be useful and flexible enough to be usable. Act One Introduce the central conflict of your story/task clearly, visually, viscerally, using as few words as possible. With Jaws your first act looks something like this: The visual is clear. With math, your first act looks something like this: The visual is clear. Leave no one out of your first act. Act Two The protagonist/student overcomes obstacles, looks for resources, and develops new tools. Before he resolves his largest conflict, Luke Skywalker resolves a lot of smaller ones — find a pilot, find a ship, find the princess, get the Death Star plans back to the Rebellion, etc. So it is with your second act. What tools do they have already? Act Three Resolve the conflict and set up a sequel/extension. That’s a resolution right there.