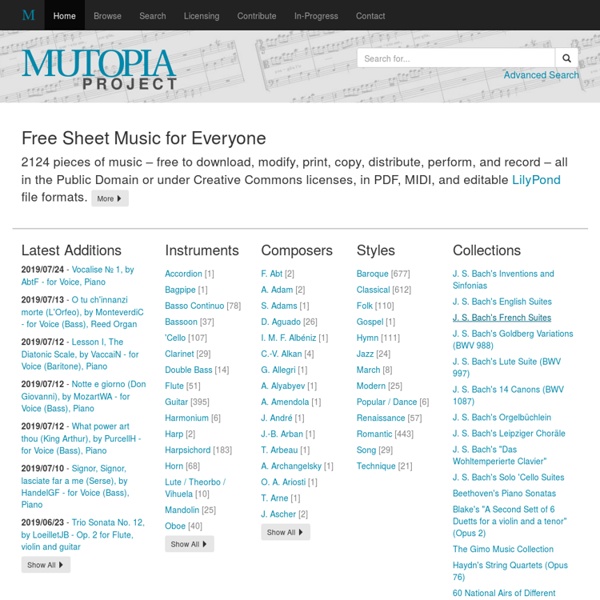 Research|Penn State: Is a Stradivarius violin really better than modern instruments? iStockphoto Some sell for more than $3.5 million. Only 700 of them exist, and they're stored in vaults, frequently stolen, and often counterfeited. The object in question? Stradivarius violins, constructed by famed Italian instrument-maker Antonio Stradivari between 1680 and 1720. Treasured for possessing sublime acoustic properties, these rare instruments have spawned dozens of theories attempting to explain their legendary tone, and luthiers—makers of stringed instruments—are still trying to reproduce it. The question remains: Are Stradivarius violins worth all the fuss? There's no objective answer, says James Lyon, Penn State professor of music in violin. The violin world frequently stages blind tests of modern and vintage violins, including Stradivari's, Lyon notes, and as often as not the audience prefers the sound of the modern instruments. Asking people to choose between modern and vintage violins, says Lyon, is like asking their favorite ice cream flavor.

Classical music: To celebrate Black History Month, let us now praise the influence of African-American composers on European classical music and learn about "Afric-classical" music more often than one month out of 12. & The Well-Tempered Ear By Jacob Stockinger What is the best way to celebrate Black History Month, which ends on Wednesday? One way is to recall some uncovered or previously neglected black or African-American composers of art music or concert hall music. Here is a link to a deeply informative website with several helpful pages about him and lists of all sorts of other neglected black composers of classical music, or so-called “Afri-classical” music: And here is a link to a daly blog that has helpful information more than one month out of 12: Another approach is to recall that the influence that black music has had on American music and composers such as Aaron Copland. But this year I decided I wanted to highlight the way that African-American music has influenced very well-known European composers of classical music.

Formal Analysis of Beethoven Sonata Op. 49, No. 2 Back to: Articles teoria.com Versión en castellano Formal Analysis of Beethoven Sonata Op. 49, No. 2 by José Rodríguez Alvira Daniel Vessey, piano. Violinist Hahn-Bin: A New Name, A Modern Look — And A Very Old Sound : Deceptive Cadence hide captionThe violinist now known as "Amadeus Leopold." courtesy of the artist The violinist now known as "Amadeus Leopold." Recently, the audaciously dressed violinist Hanh-Bin — whose look crosses Lady Gaga with "Ziggy Stardust"-era Bowie — announced he was changing his name to Amadeus Leopold, in tribute to the Mozarts and a famed 19th-century master fiddler, Leopold Auer. Close your eyes, though, and Hanh-Bin could easily be a violinist from the 1930s, in both his very conservative repertoire and style. What's particularly fascinating to me is not so much the violinist's change of name — though there's been plenty of hand-wringing over that already — or his even over-the-top self-descriptions (as "the most critically acclaimed classical artist of his generation") and pronouncements, like how his new moniker is an indication of what he terms his role in the world: "to embody the renaissance of classical music itself." Museum of Modern Art/YouTube What do you think of his style?

Music Text Composition Generator ( A free online music utility) The P22 Music Text Composition Generator allows any text to be converted into a musical composition. This composition is displayed in musical notation and simultaneously generated as a midi file. 1. Usage Type or copy any text into the Text Field. Give the file a unique name. A short text may be best at a slow pace (IE 10 BPM) whereas a longer text may prove more engaging at 1200 BP. In some browsers (Safari 2 or greater), the ability to play real time multi-tracking can allow for complex compositions. The generated musical text does not claim copyright nor imply any rights from the text used. 2. The P22 Music Composition Font was proposed in 1997 to the John Cage Trust as an accompaniment to the John Cage text font based on the handwriting of the composer. 3. P22 Music Pro is a unique font system that expands on the concept used in the Music Text Composition Generator. The font used in the P22 MTCG is a basic version that closely follows the initial Cage inspired idea. 4.

stereomood - emotional internet radio - music for my mood and activities Violin Concerto in D minor, WoO 23 (Schumann, Robert Sheet Music Arrangements and Transcriptions For Violin and Piano Editor: Unknown Publisher Info Moscow: Muzgiz, n.d. Copyright: Public Domain [tag/del] Purchase: 47 Sites Every Recording Musician Should Visit In a recent “Open Mic” we asked you, “Which music-related sites do you visit regularly?” This article is a summary of the great suggestions given in the comments to that article. You can make the list even longer by commenting on this article. As you’re reading this article, Audiotuts+ needs no introduction. This is a great Flash site with many resources to help you learn music theory. The site content is split up as follows: Lessons, including topics that cover notation, chords and scalesTrainers, that teach you notes, keys, intervals, triads, keyboard, guitar and brass. Michael comments: “I have found very helpful. This is a site that helps you with scales and chords. The charts are guitar-based, and there are options for various alternate tunings and other stringed instruments. A website that helps you learn musical scales and chords. Subtitled “Learn music technology”, this site is all about learning audio. Joe comments: “Great Ableton/sound design videos.”

Bob Marley - No Woman No Cry Guitar Tab Your Flash Player (ver. ) is outdated - Songsterr will support it for a very limited time. All new features are added to (or later) version only. Please upgrade to the latest Flash Player! Contribute to No Woman No Cry Tab! Songsterr tab archive is collaboratively built and maintained by your fellow music lovers. Vote up (down) error reports that look useful (not useful) to you using arrow buttons to the left of error reports. Tab Error Reports No error reports so far. Revisions Have a better version of No Woman No Cry Tab in Guitar Pro format? Submit New Revision This -was- the tab for "Perpetual Burn", by Jason Becker. Printing is not available on your current plan.

Explore the Score- Prokofiev Classical Symphony | Kenneth Woods- conductor An essay commissioned by The Bridgewater Hall for the recent St Petersburg Philharmonic concert. Alexy Titarenko's peerless photography of St Petersburg from his collection "City of Shadows" Serge Prokofiev (1891-1953) Symphony No.1 in D, Op.25 ‘Classical’ Serge Prokofiev completed his Classical Symphony in 1917, the most productive year of his creative life, in which he also composed his First Violin Concerto, his Third and Fourth piano sonatas, his Visions fugitives for piano, and began work on his ever-popular Third Piano Concerto. In the early years of his career, Prokofiev seemed to have established a reputation for himself as the new bad-boy of Russian music. Nobody relished a good furore or savored a succes de scandale like enfant terrible Sergei Prokofiev Prokofiev may have relished the furoré, but it clearly annoyed him that his substantial melodic talents were not being appreciated, complaining that his “lyric line was not noticed until late.

Teaching senior students how to write a musical analysis | Music Teach.n.Tech Of the three musical assessment areas – performing, composing, and analysing repertoire – it’s the last one which invariably takes up the most lesson time, and the one which my students seem to have the most trouble with. My analysis assessments generally involve an extended written task or a formal exam, where they have to write an essay of several hundred to a thousand words. In order to let them analyse a work in as much detail as possible, I will generally give them only one question in the exam, or a choice between two or three in an extended written task. The problems which need to be overcome in teaching musical analysis don’t just involve teaching musical literacy – reading a score, identifying the musical elements, comparing and contrasting compositional devices, etc – but also English literacy: forming a main idea, listing dot points, constructing sentences and paragraphs, writing an essay. I’ve made a short film which demonstrates the slideshow, so you can see what’s there.