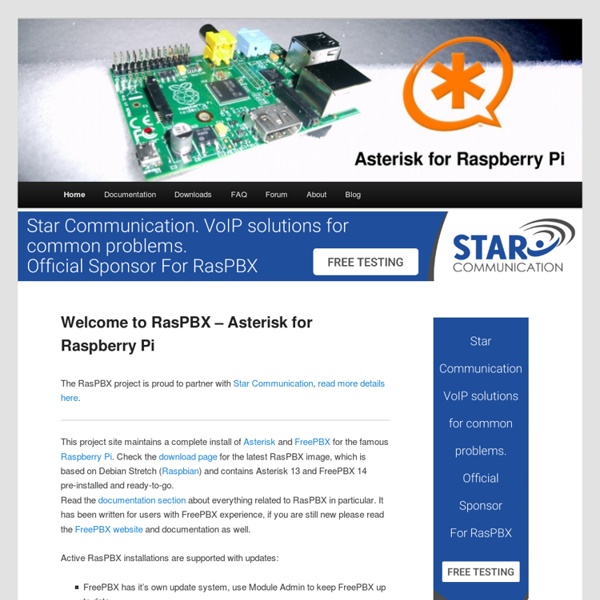 Particle Photon projects The Photon is a $19 tiny Wi-Fi development kit for creating connected projects and products for the Internet of Things. It's easy to use, it's powerful, and it's connected to the cloud. The tools that make up the Photon's ecosystem (and come along with the board) are designed to let you build and create whether you're an embedded engineer, web developer, Arduino enthusiast or IoT entrepreneur. The board itself uses a Broadcom wi-fi chip (one that can be found in Nest Protect, LIFX, and Amazon Dash) alongside a powerful STM32 ARM Cortex M3 microcontroller. Does not ship with breadboard or USB cable. Specs: Particle P0 Wi-Fi moduleBroadcom BCM43362 Wi-Fi chipSTM32F205 120Mhz ARM Cortex M31MB flash, 128KB RAM802.11b/g/nSoft AP setupFCC/CE/IC certifiedFull specs here

hackster Introduction In this article we will be controlling the flow of Heat or Air Conditioning to a room. Lets say you have a room, like a spare bedroom, that you do not use that often. Does it really need to be 75 degrees like the rest of your house all year long? To accomplish this we will be electronically controlling a damper inside the duct that runs into a room to heat and cool the room. Wire it Up We need to connect 120VAC to the 24VAC transformer which will be used to operate the duct damper. Setup Particle Photon modules and Particle Account. Install the Particle Photon module into the 1 channel relay controller if it is not already. Apply a regulated 12VDC power source to the 2.1mm barrel connector or power supply input screw terminals. Install the second Particle Photon Module into the I2C Particle Photon Shield. Flash Some Code Open your browser and go to Sign in with your Particle Account credentials. Make it work In your browser go to

hackster Introduction In this article we will use a free Android application to put a Widget on the home screen. This widget will be used to send an HTTP Post request to Particle's server which will trigger a function on the controller to turn the on board relay on for 300 ms and them back off. This pulse of the relay will be used to operate the garage door opener. Step 1: Setup your Particle Photon and Account Install the Particle Photon module into the 1 channel relay controller if it is not already. Apply a regulated 12VDC power source to the 2.1mm barrel connector or power supply input screw terminals. Follow instructions here to setup your Particle Photon module for your WiFi network and associate it with your Particle Account so we can interface with it and flash in firmware. Step 2: Flash some Firmware Go to Particle's WEB IDE(build) Click the Target Icon on the left and make sure your Particle Photon module is connected and selected here. Go back to Particle's WEB IDE(build)

Remote access: WebDAV or VPN “How can I access my files in DiskStation over the Internet, just like the way I could in my home?” One of my close friends asked me once. I offered him a simple 3-step guide: First, download the file via various protocols like FTP, File Station, or File Browser.Then, edit the file.After editing, upload the file back onto DiskStation. But he wasn’t satisfied. In fact, there is. Network File System Metaphor Let’s drift off for a minute and explore how files are saved. It all starts with “file system”. Now what if your storage device is not directly connected to PC, but needs to be communicated through network? This is why most operating systems provide a Network File System facility. WebDAV You probably noticed that I mentioned WebDAV in the previous section. WebDAV (Web-based Distributed Authoring and Versioning) is a file sharing and management protocol based on the Hypertext Transfer Protocol (HTTP). Most operating systems have built-in support for WebDAV. Bandwidth Consideration Summary

hackster Introduction In this article we will be running OpenHab which is an open source home automation software on a Raspberry Pi. I used a Raspberry Pi model B running Raspbian but this article should work as long as you are running Linux on a Rapberry Pi. Also running on the pi is an application called Mosquitto which acts as an MQTT broker/server. We will control a relay connected to a Particle Photon module via the MQTT protocol. Lets do it! Phase 1 Setup the Pi First off you need a Pi running Raspbian or something similar. Once your Pi is running Raspbian and is connected to you LAN we need to setup OpenHab and Mosquitto on it. Install OpenHab on Raspberry Pi Install Mosquitto on Raspberry Pi So at this point you have OpenHab and Mosquitto running on your Pi. I should note that the article to follow assumes you have installed OpenHab exactly as instructed in the Install OpenHab article from Instructables. For this project I just SSH to the Pi and do all my configuration there. Then enter:

particle.hackster Sick of walking all the way down your long driveway just to check your mail? Waiting on a special package and want to know as soon as it arrives? With Mailbox 2.0 you will receive real time notifications on your phone whenever mail is placed in, or removed from your mailbox. Not only will you receive a notification on your phone, we have utilized a second Particle Photon to display this real time information anywhere in your home. Don't let Advanced difficulty scare you from attempting this project. Overall, it is very easy, especially with our provided code and schematics. IFTTT was utilized to deliver notifications to our phones. The first part of this project uses a photo resistor combined with a 220ohm resistor to determine if the mail box is opened or closed. Unless you mail box has been shot at by your neighbors, they will typically seal well and let very little light into them when closed. Part of this project was to graph the information collected by the sensors.

Particle Projects hackster Sending text messages or making automated phone call is a great way to add interactivity to a connected project. It was unfortunately a pretty involved thing to set up until I heard about Cisco Tropo at the ArborHacks hackathon in Ann Arbor. Here's a step-by-step guide to start sending text messages from a Particle Photon. The flow for sending a text message starts with publishing an event from Particle firmware. This triggers a webhook in the Particle Cloud that calls the Tropo service with the event name and data. Tropo has a free development tier to set up your app initially. Setting up Tropo Create an account at tropo.com Create a new app. The next part is amazing: Tropo will host the short script that sends the SMS. Click the New script button and paste this JavaScript code to send the SMS. This script uses the fact that we will publish events names with the phone number in them. Give your script a name and hit Save. One last important note: Setting up the Particle firmware

Configuring IFTTT to Text | DIY ESP8266 Home Security with Lua and MQTT Remember this diagram from the start of the tutorial? The green box in the lower right is If This Then That (ifttt.com), a web site that monitors streams for events and takes actions based on them. If This Then That (IFTTT) uses programs called recipes to react to things on the Internet. There re two components to the recipe we'll use that are important: one is the ability for IFTTT to read an io.adafruit.com topic, and the other is the abilit to send SMS text messages (note that IFTTT imposes a 100 message per month limit). Here is what your page will look like when you're done (except it will show your phone number): Let's get started making the recipe! Click the light blue "Create a Recipe" button on the right side of the landing page. The first step is to define the trigger that will cause the recipe to run. Now, I already have Adafruit as one of my trigger channels because I've already built the alarm system. This will take you to the second recipe configuration step: There!

Quick setup for MQTT testing of an API for IoT For the ones who want to build Internet enabled devices the MQTT connectivity protocol is a must to know and master. The protocol has been around for quite some time when Internet of Things was young and called Machine to Machine :) It was developed by IBM and sits on top of TCP/IP. The main advantages over the traditional HTTP requests based style communication is the low footprint, quality of service settings and good performance even on unreliable connections. You can learn more about it here . For using MQTT communication you need at least two entities a server based broker that listens to a series of topics and a device that sends the messages. In this tutorial you will learn to use it with the Broker running on DeviceHub.net you you sending data or receiving from your laptop for testing purposes first than your other devices or prototypes. The first step is to register on the platform and create a Device as an entry point for your data on the cloud. Happy Hacking!

WeatherBug: ESP8266 WeatherStation with IFTTT and HomeKit support I assume you're familiar with Daniel Eichhorn's ESP8266 Weather Station. I modified it to do a little more. Hardware changes Used a WeMos D1 mini with the DHT shield Software changes Added IFTTT support for getting notifications when indoor temperature is too high or low.Publish indoor temperature over MQTT, so it is accessible via HomeKit with Siri.Made it work with Arduino 1.6.7 by using NTPclient library. As you may know, we're having a baby soon! WeatherStation First thing I would recommend is to get the original WeatherStation code working by following the instructions here. Go enable the IFTTT Maker channel here: ( your API key.Paste the key here in my WeatherBug code.Make two recipes like this one with an event name of Nursery_Temperature_Low and Nursery_Temperature_High HomeKit If you're wondering how HomeKit fits into the picture here, first go read this and try to get that working. Done! Try to get Helvetica on this screen.

ESP8266 Weather Station: Measuring Inside and Outside Temperature – Part 1 | Squix TechBlog The code you get with the WeatherStation ( is meant as a starting point for beginners and enthusiasts to display information. So far there are modules to get correct time from the internet as well as current and future weather conditions. Now let’s get a bit more local. Requirements & Preparation For this tutorial I assume that you already have a working WeatherStation and a DHT22 breakout board ready. Attaching the DHT22 to the ESP8266 directly to the WeatherStation To measure temperature and humidity in the room where you are running the WeatherStation you can attach the DHT22 breakout board as shown in the schema bellow Next you need to import the DHT22 library. And now search for the DHT library: Now that you have the library you can start extending the demo. Let’s discuss the changes:Line 37: I have added the DHT libraryLines 74-80: configuration options for the DHT library. That’s it! Now a beer!