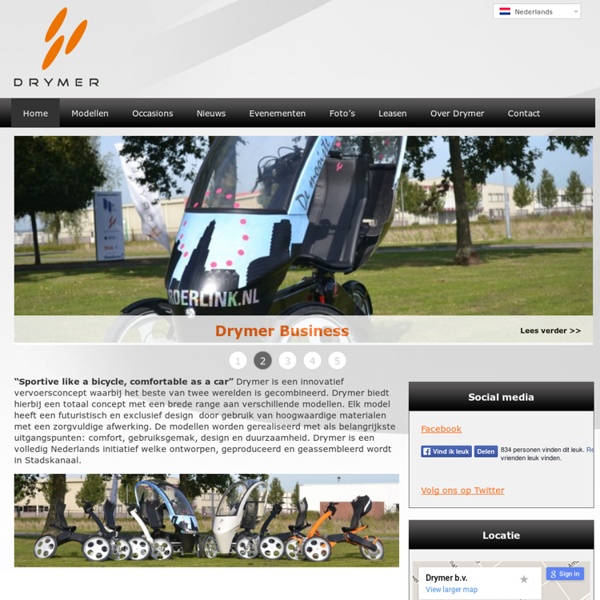 Bridgestone's pedal-electric trike looks sharp, and might reach production Designer Shungo Fujita with his pedal-electric trike Image Gallery (8 images) When you think of Bridgestone, you probably think of tires. The fact is, though, the company also makes bicycles, golf equipment, and has tried its hand at motorcycles. Betterbikes - Electric-Bikes.com Just about any bike or trike can be converted to an electric bike using one of several conversion kits offered by ElectroRide™ LLC. A BETTERBIKE starts with a bike or trike style that has optimal benefits for electric conversion.Electrified recumbents offer the best value in the entire range of Light Electric Vehicles (LEV). Although another LEV may fit your particular needs better, these e-bikes combine comfort, speed, and range to create a practical substitute for most car trips. They're "state of the art". As your commute or travel distance approaches and exceeds ten miles, we encourage you to try a Betterbike.Foldable bikes by Swiss / Montague Corporation are the new additions to the Betterbike line.

Morgan Threewheeler gets the velomobile treatment The Morgan Threewheeler is definitely a unique vehicle, although with prices starting just shy of £30,000 (about US$47,000) ... well, it ain't cheap. That said, if it's mainly just the look of the thing that you like, you might consider saving quite a few bucks and going with the human/electric hybrid replica now being offered by Minsk-based Ekomobil. According to Ekomobil, the design of its vehicle is based on technical drawings of the original gas-powered Morgan Threewheeler. It has a lacquered composite body shell and 24-inch wheels on the outside, combined with wood veneer and leather trim on the interior. The seat is made from a combination of genuine and synthetic leather. Available extras include a lighting system, an in-dash quartz clock, and a built-in MP3 player.

Track And Analyze Your Performance And ProgressProductsDownloadsLicensesRowingOarbitsSupportAboutLinksDistributors Keeping track of your rowing To confirm you're getting the results you want, it's essential to track and analyze your rowing over time. The best approach is to log all your rowing in a form that lends itself to statistics and analysis so you can see trends. That's why Digital Rowing has built RowPro to track every stroke as you row, so you can check and analyze your progress anytime by simply looking at RowPro reports. What to track? The most useful items you'll want to track are:

GinzVelo makes for gonzo transportation Electric bikes may help you climb hills, fight headwinds and arrive at work in a non-sweaty state, but they still won't keep you dry when it rains. That's one of the reasons that some people – mostly deep-pocketed people – are looking at human/electric hybrid velomobiles. One of the latest such vehicles to hit the road is Virginia-based inventor Peter Ginzburg's GinzVelo. The GinzVelo takes the form of a recumbent tricycle surrounded by a sleek fiberglass/foam core body shell, which is the basic design used by most velomobiles. Pedalist velomobile hits Kickstarter Last September, we spied a prototype of Virtue Cycles' Pedalist electric-assist velomobile at Interbike in Las Vegas. Now, the San Diego-based company has turned to Kickstarter to fund production of the vehicle, plus it's provided a little more in the way of specs. As mentioned in our previous coverage, the Pedalist is essentially a tadpole-style trike (two wheels in the front) with a full lighting system and a polycarbonate body that provides protection from the elements along with a reduction in wind drag. It also has an electric motor, to help propel its target weight of 150 to 200 lb (68 to 91 kg).

Magnetism generated in non-magnetic metals By subtly altering certain quantum interactions in matter, scientists from the University of Leeds have shown for the very first time how to generate magnetism in metals that aren’t normally magnetic. Synthetic magnets made using this technique may one day reduce our reliance on rare or toxic metals in such things as wind turbines, computer hard drives and magnetic field medical imaging devices. "Being able to generate magnetism in materials that are not naturally magnetic opens new paths to devices that use abundant and hazardless elements, such as carbon and copper," says postgraduate student Fatma Al Ma’Mari, from the School of Physics & Astronomy at the University of Leeds. Ordinarily, there exist only three metals that are ferromagnetic – that is, able to be made magnetic in the presence of a magnetic field and remaining that way after the field is removed – at room temperature, these being iron, cobalt, and nickel.

Cycling jeans: five of the best Howies Road denim jeans (£80.10, wiggle.co.uk) These look to all intents just like a regular jean – albeit cut for the Hoys among us, the track cyclists with over-developed thighs – but they do have a few tricks hidden up their trouserleg. First is the reflective chevrons that are exposed when you roll up your right leg.