News from the grassroots 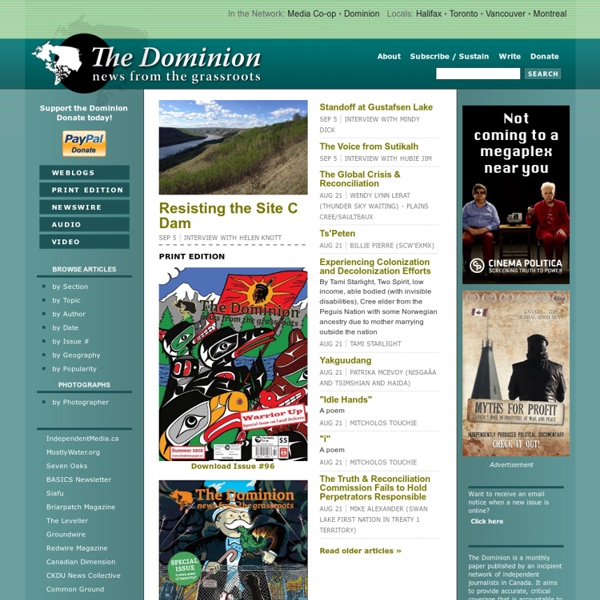 Wonkette News from Canada and the world Center for American Progress Action Fund Popurls Incendiary attack against car dealership by Fire Cell / FAI (UK) On the night of Monday 10 October we hit the bastard system again with more fiery anger. Two cars at the GP Motors dealership in Newnham, Cambridge, were arsoned – we hope the flames spread to the others, bringing a roaring inferno to the quiet leafy streets. No one was outside, the only sign of the middle class residents awake was the blue glow of TV screens from curtained windows! While the insurrectionary action cell had adrenaline pumping, joy in the heart, the moon shining bright above and the refreshing night air. Shout out to the impatient and the bored shaking off passiveness and going on the attack against society!! To the Greek uprizers and most especially the CCF , you fill us with strength, stay strong and stay unbowed! And to the anarchists on the attack around the world, in Mexico, Chile, Spain, Indonesia, Russia, Argentina, Italy, and everywhere else – we are winning, winning against society’s cloying herd mentality and the meaningless lot set out for us in life. </b>*}

DRUDGE REPORT 2012® IRF Bristol claims attack against Law Courts in solidarity with Revolutionary Struggle (UK) On the night of Monday 10 October, the windows of Bristol Magistrates Court were smashed and ‘FIGHT BACK’ sprayed on the front of the building. On the night of Tuesday 11 October, the windows of Bristol Civil Justice Centre were smashed. One of many reasons these buildings were attacked was in solidarity with people persecuted after the riots. These attacks were part of the struggle against power, a struggle that flared up again in August as people fought police and attacked police stations, cop cars and courts as well as so much else. Now the state is trying to make an example of the small percentage of rebels they’ve managed to catch – and is threatening collective punishment of families and households. Cracks are showing in the myth of democratic social consensus as authority, under attack, resorts to more naked force. Nothing has ended, everything has begun. {*style:<b> International Revolutionary Front – some Bristol participants.

Online News Sources Guerrilla News The Intercept Occupy Everything - Clusterfuck Nation "Recession Officially Over," The New York Times' lead headline declared around 7 o'clock this morning. (Watch: they'll change it.) That was Part A. Part B said, "US Incomes Kept Falling." Welcome to What-The-Fuck Nation. I suppose if you include the cost of things like the number of auto accident victims transported by EMT squads as part of your Gross Domestic Product such contradictions to reality are possible. I dropped in on the Occupy Wall Street crowd down in Zuccotti Park last Thursday. This is the funniest part to me: that leaders of a nation incapable of constructing a coherent consensus about reality can accuse its youth of not having a clear program. Language is failing us, of course. Instead, our leaders only propose accounting tricks to pretend there is more when really there is less. Praise has been coming in from all quarters for the peacefulness of the OWSers. My books are available at all the usual places.