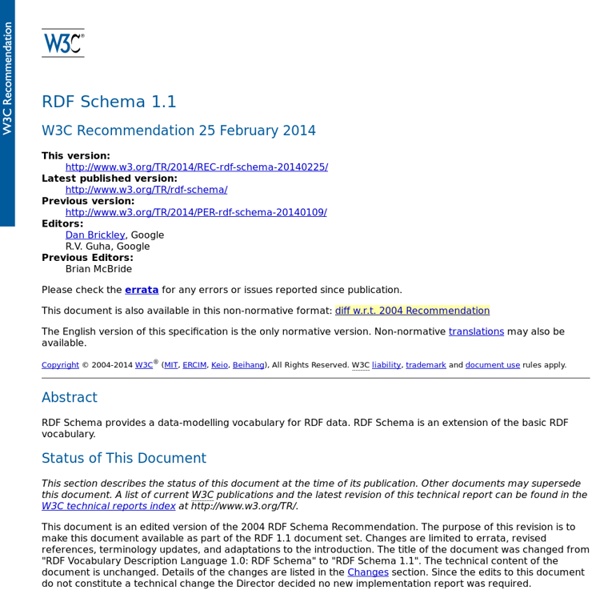 Dublin Core Metadata Element Set, Version 1.1 Introduction The Dublin Core Metadata Element Set is a vocabulary of fifteen properties for use in resource description. The name "Dublin" is due to its origin at a 1995 invitational workshop in Dublin, Ohio; "core" because its elements are broad and generic, usable for describing a wide range of resources. The fifteen element "Dublin Core" described in this standard is part of a larger set of metadata vocabularies and technical specifications maintained by the Dublin Core Metadata Initiative (DCMI). The full set of vocabularies, DCMI Metadata Terms [DCMI-TERMS], also includes sets of resource classes (including the DCMI Type Vocabulary [DCMI-TYPE]), vocabulary encoding schemes, and syntax encoding schemes. The terms in DCMI vocabularies are intended to be used in combination with terms from other, compatible vocabularies in the context of application profiles and on the basis of the DCMI Abstract Model [DCAM]. References The Elements

The Open Graph protocol RDF 1.1 Concepts and Abstract Syntax Abstract The Resource Description Framework (RDF) is a framework for representing information in the Web. This document defines an abstract syntax (a data model) which serves to link all RDF-based languages and specifications. The abstract syntax has two key data structures: RDF graphs are sets of subject-predicate-object triples, where the elements may be IRIs, blank nodes, or datatyped literals. They are used to express descriptions of resources. RDF datasets are used to organize collections of RDF graphs, and comprise a default graph and zero or more named graphs. Status of This Document This section describes the status of this document at the time of its publication. This document is part of the RDF 1.1 document suite. This document was published by the RDF Working Group as a Recommendation. This document has been reviewed by W3C Members, by software developers, and by other W3C groups and interested parties, and is endorsed by the Director as a W3C Recommendation. Table of Contents