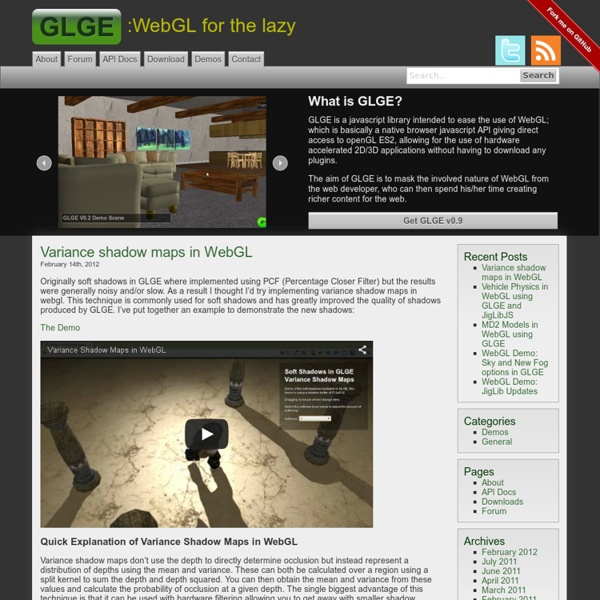 JS3D: 3d Javascript Graphics Layer Click the cube to toggle animation Skip to: What is JS3D? JS3D is a library which allows you to have interactive 3d objects on your website, such as the spinning cube at the top of the page. It is extremely preliminary, so bug reports or feature suggestions are appreciated (but I don't guarantee getting around to anything). Is this useful? Maybe not. How do I use JS3D? Simple! Download it Download js3d.js (which is free and licensed under the GPL) and put it in a directory your page can access. Configure your markup Import the js3d by adding this code into the <head> section Now you'll need to make an empty div somewhere on your page (inside the <body> tags, which will serve as the canvas to which it will paint your 3d images. Next we need to initialize a renderer, and tell it to render into the div we just created. Next place the following code in your head tag. <script type="text/javascript"> var canvas; function init() { // This creates the renderer. Add objects to the scene Render the scene