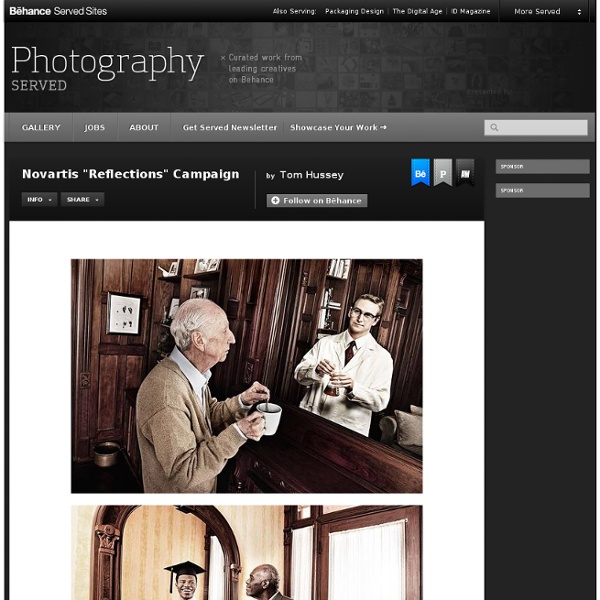 Mock, Paper, Scissors » Blog Archive » Not a Scrapbook Scrap-booking (is there such a verb?) seems so forced, and well, last-century. Next time you have a lot of pictures to work with, why not make a little booklet? This makes a nice souvenir of a special day or trip, and is a wonderful, small gift. Heres how: Art Crush: (365) Days of Tumblr by Aaron Christopher Judd - Art Crush By Abby Wilcox 12 Feb 2012 @ 2:57 pm | Categorized: Art Crush, Live_Art> Every once in a while I stumble across something that pops off the screen, and today I couldn’t help but be mesmerized by (365) days of Tumblr – a Tumblr site by Canadian designer Aaron Christopher Judd. It’s a typography experiment, in which Judd has married a quote with an image, and posted on for every day of the year. The quotes are witty and sharp, and the images compelling. Enjoy our favorites!

Celebrating the Art of the Doodle: 20 Awesome Doodles & Escape Into Life - StumbleUpon Faith Georgia Jabson Rodrigues molossus aka rooibas Jim Bradshaw BACK TO THE FUTURE : Irina Werning - Photographer I love old photos. I admit being a nosey photographer. As soon as I step into someone else’s house, I start sniffing for them. Most of us are fascinated by their retro look but to me, it’s imagining how people would feel and look like if they were to reenact them today… Two years ago, I decided to actually do this. So, with my camera, I started inviting people to go back to their future.. Now its time for KOREA, TAIWAN AND TOKYO. Improve your photography with classical art. Adjusting your photographs to get the color 'just right' can be a chore. Think about this: The Old Masters of painting spent years of their lives learning about color. Why let all their effort go to waste on the walls of some museum when it could be used to give you a hand with color correction? When Photoshop entered the CS series it included a new tool called 'Match Color.'

50 Images from National Geographic`s 2010 Photo Contest Writen by Bogdan / Comments Off on 50 Images from National Geographic`s 2010 Photo Contest This is one of the most anticipated annual photo contests. The deadline for the submissions is on November 30th so if you have an interesting photo, submit it. Below you can see 50 images collected from different categories. An Indian wrestler smears mud on his head before starting wrestling in Kolkata, India, March 30, 2010. Fantasy-Fueled Scenes (10 pieces) A Boy Returns Home Not Realizing How Much He’s Changed Using a variety of mixed media including oil, acrylic, ink, charcoal and graphite, artist Ian Francis creates fantasy-fueled scenes that are filled with mystery and intrigue. In 2010, he released a new set of work that looks as if he's shifted his style from dream-like to cinematic. The UK-based painter will be headlining his first solo exhibition at the prestigious Joshua Liner Gallery in New York. Called Fireland, it will consist of over a dozen new mixed media works on canvas as well as a selection of new works on paper. The show will run from March 3 to April 2, 2011.

Artist Silvia Pelissero - watercolor paintings Posted on August 16, 2011 in Illustration If you’re new here, you may want to subscribe to our RSS feed or follow us on Facebook or Twitter . Thanks for visiting! Ballerinas take over the Big Apple by Dane Shitagi & Chicquero Dane Shitagi is a NYC based photographer. Originally from Honolulu, he followed his instincts to live the photographic life. Taking inspiration from the sights and sounds of “the city” as well as the energy and diverse arts, Dane has formed a unique and heartfelt body of work that is sooo beautiful and personal.

100 Helpful Photography Tutorials for Beginners and Professionals Photography as both a profession and a hobby is an incredibly expansive topic that covers a remarkably vast range of subjects from science and art. No matter where you lie on the professional spectrum, there is simply always more to learn. We spent countless hours scouring the web for the best content we could find and share with you, and today we'll help you expand your knowledge with 100 photography related tutorials! "There are many composition guidelines which can be applied in almost any situation, to enhance the impact of a scene.

FREAKY ARTISTIC VERSIONS OF FAMOUS CHARACTERS “Luke, I am your (undead) father.” is likely what this freaky zombie-like version of Darth Vadar would mutter. Watercolour artist Wednesday Wolf has created these fabulous pieces for your viewing (and purchasing) pleasure. Freaky Mario and Luigi from the Mario Bothers along with the piraña plants and Yoshi made us chuckle, but the freakishly weird collection of Star Wars folk (including Chewie, Yoda and Darth) take the cake. Peter Callesen By exploring the relationship between two and three dimensionality in his paper arts, Peter Callesen, a talented artist from Denmark, created these amazing papercut artworks. His canvas is the commonly used 80 gsm A4 sheet of paper. Enjoy!

Echoes of War - StumbleUpon Sergei Larenkov His photographs of the siege of Leningrad and St. Petersburg really got lots of name on internet and are famous too. so we present some really nice photographs by sergei, where past and present meet in Moscow, Berlin, Vienna, Prague.. 1. Vienna. 1945/2010.