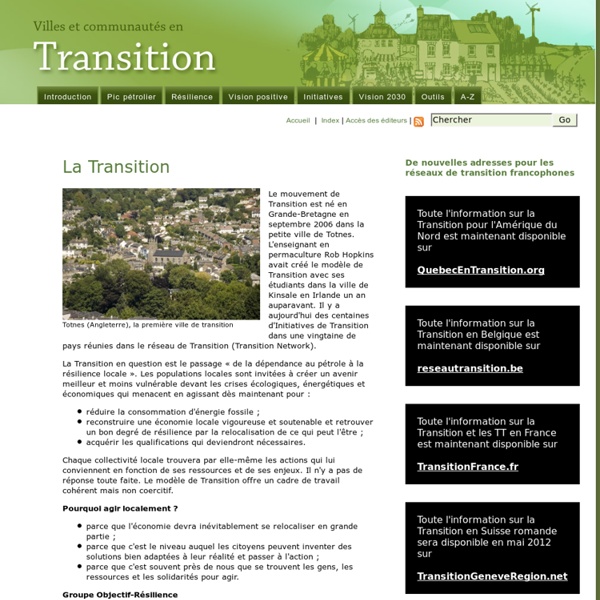 Island in the sun: Why are our cities heating up faster than everywhere else? There are hot islands, there are really hot islands, and then there are urban heat islands [PDF] — cities that are hotter, often considerably, than their more rural surrounds. Sound a little strange? Well, you can tell your foil hat-wearing, climate-denying friends it’s nothing new, having been documented as far back as 1810. Simply put, cutting down all the trees, paving over every inch of earth, burying streams in storm drains, and building enormous structures warms things up a bit. Some may like it hot, but the good folks of Louisville, Ky., will tell you that it’s not always a good thing. Cursed with often stagnant wind conditions, a dense urban center, and fewer trees than Paul Bunyan’s backyard, Louisville has seen temperatures rise 1.67 degrees F every decade since 1961.

Reinterpreting Green Space in cities This post is also available in: Chinese (Traditional) ‘A product of the creative encounter between the man-made and the natural, between order and disorder, the garden can offer productive metaphors for the interactions between human life and time, care, thought or space.’ The fate of the city garden has been featured on This Big City in the past. State University - Master of Science In Conflict Management Kennesaw State University’s Master of Science in Conflict Management (MSCM) is a 16-month executive degree program designed for students seeking a supportive academic environment. Students gain the knowledge and skills to manage conflicts in today’s challenging environments. The MSCM faculty bring a diverse array of experiences to the classroom including environmental, public policy, international, court-related, workplace, non-profit, and more.

Portland Plan See how the plan’s actions and the City and partners’ strategic investments can transform our community – from our schools and neighborhoods, to jobs and the environment. About this site and me About this site and me This section is to tell you about myself. It is written in the third person not due to delusions of grandeur, but so that people who need biog pieces can cut and paste it from here.

Richard M. Daley wants to make your city more sustainable Richard M. Daley, who served six terms as mayor of Chicago from 1989 to 2011, was one of the first big-city mayors to focus on sustainable development. Some of his projects, such as the development of Millennium Park, flourished. Others are more likely to be remembered as flops — Chicago taxpayers may lose money on a solar-power deal Daley negotiated, and his administration spent millions of dollars on recycling initiatives that went nowhere. Imagining an Elastic City Planters and urban gardening tools at Kennedy Greenway in central Boston, the site of the Occupy Boston encampment. Last spring, after attending a panel about urbanism in Mumbai, I wrote a blog post about what I called the "entropic city" — one that is constantly changing and re-imagining itself. “Entropy,” I argued, “is a cultural and an economic necessity.

tPOD1 - thermoelectric Power On Demand by Richard Harmon Introducing the tPOD1 to the world… …off-grid or denied-grid thermoelectric Power On Demand. …eco-friendly, multi-functional, portable, dependable, and durable. …born and made in Traverse City, Michigan USA. "Count me in as a 'late sparrow'. As a teacher, I can see Third World applications for the tPOD1. City Life Could Change Your Brain for the Worse Between the crowds and the noise and the pressure, city life often seems to set one’s brain on edge. Turns out that could literally be true. A study of German college students suggests that urbanite brains are more susceptible to stress, particularly social stress, than those of country dwellers. The findings don’t indicate which aspects of city life had changed the students’ brains, but provide a framework for future investigations.

The Transition Handbook The Transition Handbook The Transition Handbook: from oil dependency to local resilience by Rob Hopkins 240 pages in two colours, 234 x 234mm Published by Green Books (2008). Sorry. We just sold the last one of these! How Cities and Wildlife Can Be Friends Instead of Enemies We generally think of cities as devoid of nature. These crowded, homogenized, noisy environments seem to be the exact opposite of natural, and we’re correct in surmising that their creation is detrimental to wild species. “We paved paradise and put up a parking lot,” as the song goes. But recent research suggests that while it may not be her first choice, Mother Nature’s adaptation skills make it possible for cities and wildlife to coexist, and even flourish. Charles Nilon, a professor of fisheries and wildlife at the University of Missouri, recently published a study which found that while urbanization is hurting overall biodiversity, certain birds and plants thrive in cities. The results of this study suggest that paying more attention to the way we design and develop our urban areas could encourage a more symbiotic relationship between humans and the flora and fauna.

Q&A with Chiara Camponeschi « Enabling Suburbs Chiara Camponeschi is author of The Enabling City and works at the intersection of interdisciplinary research, social innovation and urban sustainability. 1. What do you think are the most difficult challenges, contradictions and opportunities facing suburbs and their communities, or Aspley/your suburb and its community? Suburbs are particularly vulnerable places.

NetLogo Home Page NetLogo is a multi-agent programmable modeling environment. It is used by tens of thousands of students, teachers and researchers worldwide. It also powers HubNet participatory simulations. It is authored by Uri Wilensky and developed at the CCL. You can download it free of charge. What can you do with NetLogo?