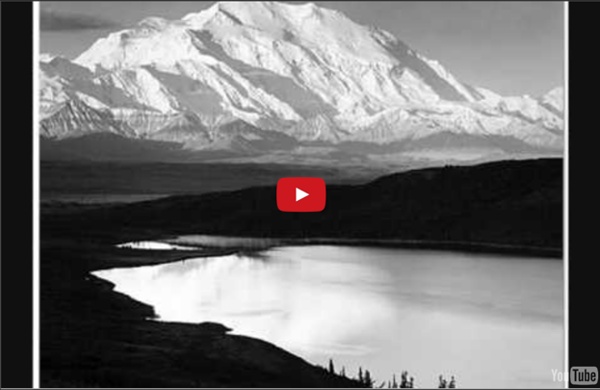 EarthPorn: Mother Nature in all of her succulent beauty. This Damn Beautiful Autumn - Fall in Photographs You could easily argue that autumn is the most beautiful season of the year. Leaves turn to yellow, orange, and bright shades of crimson. They fall like a shower from the trees, giving us a way to watch the wind dance. They paint the landscape with a blanket of color. Don’t believe me? Photo by LiefPhotos.com Photo by Luc Deveault Photo by Johan_Leiden Photo by spherical.Sight Photo by Kat… Photo by gdaneuk Photo by DerNetteAlex Photo by algo Photo by CountryDreaming Photo by StGrundy Photo by A guy with A camera Photo by Darko K. Photo by teroti Photo by Roccotaco Photo by Here It Is Photo by eRiz SLR Photo by Wildlook Photo by Stefano Prigione Photo by Rafal Bergman Photo by snowriderguy Photo by Jens Dahlin Photo by ZedBee | Zoë Power Photo by cedarkayak Photo by algo Photo by Axel_ Tags: autumn, fall, leaves, parks, photography Article by Hasan Saleem Hasan has written 48 awesome articles.

Hi! You've been looking for me? Watch What Happens When Sunlight Hits This Building The Nasir-ul-Mulk Mosque, or Pink Mosque, stands in the middle of Shiraz, Iran and is one of the most beautiful buildings created by man. The mosque stands apart from any other architectural work of art on the planet. Every day, when the sun hits the mosque, the whole building is flooded with a rainbow of color which will surely enchant anyone who visits it. Colors from the stained glass dance across the floor in every shade imaginable, while the walls and ceilings glow with intricately painted colors of their own. The walls and ceilings of the mosque are painted with the most vibrant colors Every sunny day produces a beautiful display of color As you get closer to the mosque the details become more impressive The Pink Mosque is one of the few mosques in the world to have stained glass The beauty of the mosque is beyond belief People who visit the mosque are enchanted by its beauty

The South Island Robin survives much better now | Conservation This is a male South Island robin on Moturua ,with his tags; Credit: © Sol Heber The South Island and North Island robins of New Zealand are small birds that evolved from Australian ancestors when they reached the distant islands. They are classed in the same genus as the Australasian species of Petroica. A bottleneck is a historical time in the life of a species when population falls to a low, at least in some areas. A total of 31 female Petroica were transferred from and to Motuara and Allports islands in the Marlborough Sound of South Island. Sol taking a preen sample for testing; Credit: © Sol Heber The signs that the populations were suffering from inbreeding were reduced hatching success and problems with immune system function. Motorua in this experiment received 15 females from Allports Island, while 10 moved to Motuara from Allports. 6 more were added in 2009 as a supplement. What remains to be seen is what can be performed in future. More Nature News / Back To The Homepage

These 14 Clever Drawings Will Make You Question Everything Wrong With The World There's a "secret" message in all of these. Some of them are eye opening! Artist Pawel Kuczynski, who is based in Poland, creates thought-provoking art that will give you another way to view this world. Perhaps it’s something you didn’t see clearly. Other times, he’s just plain satirical. Image Credit: Pawel Kuczynski Want to take shot at deciphering his work? Credits: SFGlobe, Imgur, Pawel Kuczynski Trending on the Web

The Mansurovs Creatures of the Lembeh Strait *notcot in nature , 07:40 On visual inspiration, there is something about the overwhelming sense of calm serenity with nothing but the sound of your own bubbles and the occasional boats overhead… as you just swim about watching the most incredible and mind blowing creatures going about their daily lives all around you… so, on “vacation pictures” ~ here are some of the many (there are hundreds of photos, here’s just a selection of fun ones!) creatures i’ve been encountering diving the Lembeh Strait of Indonesia this week (hiding out at Kungkungan Bay Resort)… and besides the diving creatures, you also get a peek at the large crab i ran into, and the impressive Tuna statue in the center of Bitung (tuna capital of indonesia?)… see it all on the next page! For the whole Kungkungan Bay Resort Lembeh Strait dive-cation series - [The dramatic moon] [Wonderpus vs Mimic Octopus] [Frogfish, Nudibranchs, and more creatures!] Tags: animals - nature - ocean - travel

Tourists bask in blue glow of firefly squid 13 Apr 2006 Toyama Bay is the habitat of the world-famous glowing firefly squid, which surface in large numbers every spring in a phenomenon that has been designated a special natural monument. Peak firefly squid season means big catches for fishermen and brisk business for sightseeing boats that provide close-up views of the magical action. Early in the morning, after 3 AM, sightseeing boats depart the Namerikawa fishing port (Namerikawa is also home to the world's only museum dedicated to the firefly squid) in Toyama prefecture, making a short journey to fixed nets located about 1 to 2 km offshore. As the fishermen haul in their nets, the light emitted by the firefly squid causes the sea surface to glow a cobalt blue, evoking squeals of delight from the tourists. Toyama Bay's firefly squid fishing season opened on March 1 and is expected to continue until the end of June. [Source: Yomiuri Shimbun, Asahi Shimbun]

U.S. Marine Protected Area Photos Photograph by Paul Chesley The United States' nearly 1,800 marine protected areas contain some of the country's most spectacular reefs, underwater archaeological sites, and most valuable commercial fisheries and tourist diving sites. Ranging in size from less than one square mile (2.6 square kilometers) to over 139,797 square miles (362,073 square kilometers), the sites are located from the Arctic to the South Pacific, from Maine to the Caribbean, and as far west as the Philippine Sea. The Marianas Trench Marine National Monument, established in 2009, and covering 95,216 square miles (246,608 square kilometers) of submerged lands, is one of the largest marine protected areas in the world. Explorers and scientists are discovering strange and fantastic new species and habitats as they bridge this final frontier on Earth into the deep-sea.