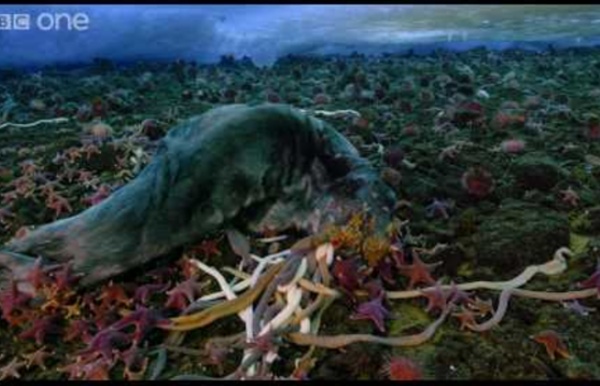 Todd Aki Underwater Marvels Flickr Hive Mind is a search engine as well as an experiment in the power of Folksonomies. All thumbnail images come directly from Flickr, none are stored on Flickr Hive Mind. These photos are bound by the copyright and license of their owners, the thumbnail links take to you to the photos (as well as their copyright and license details) within Flickr. Because some other search engines (Google, etc.) index parts of Flickr Hive Mind, you may have been led here from one of them. Flickr Hive Mind is a data mining tool for the Flickr photography database, allowing search by: tags(keywords); Flickr photography groups; Flickr users, their contacts, and favorites; free text; the Flickr Explore algorithm for interestingness.

U.S. Marine Protected Area Photos Photograph by Paul Chesley The United States' nearly 1,800 marine protected areas contain some of the country's most spectacular reefs, underwater archaeological sites, and most valuable commercial fisheries and tourist diving sites. Ranging in size from less than one square mile (2.6 square kilometers) to over 139,797 square miles (362,073 square kilometers), the sites are located from the Arctic to the South Pacific, from Maine to the Caribbean, and as far west as the Philippine Sea. The Marianas Trench Marine National Monument, established in 2009, and covering 95,216 square miles (246,608 square kilometers) of submerged lands, is one of the largest marine protected areas in the world. Explorers and scientists are discovering strange and fantastic new species and habitats as they bridge this final frontier on Earth into the deep-sea.

A Seahorse Inspects a Diver’s Watch Jun 27, 2012 In this remarkable capture, a seahorse checks out a diver’s watch (and own reflection) underwater. Given the clarity of the clouds in the reflection, this was likely taken quite close to the surface. A reverse image search on Tineye and Google did not identify a valid source for this photograph, if you know more please let us know (update: Many thanks to Hoss Cartwright for the help)! Since there’s not much additional information here are some facts about seahorses: - Seahorse is the title given to forty-seven species of marine fish in the genus Hippocampus - They are mainly found in shallow tropical and temperate waters throughout the world, and prefer to live in sheltered areas such as seagrass beds, estuaries, coral reefs, or mangroves - Seahorses range in size from 0.6 to 14 inches (1.5 – 35.56 cm). [Source: Wikipedia]

15 Incredible X-rays of Real-Life Monsters of the Deep Fish can be extremely strange looking creatures, with odd appendages and body shapes unfamiliar to us land animals. Their peculiarities aren’t limited to their outer appearance, either — as these ghostly, almost alien-looking X-rays of various underwater creatures prove. This unnerving looking eel, for example, could be something straight out of a horror movie. Although not dangerous to humans, the viper moray eel nevertheless occupies a place in our imaginations reserved for scary creatures. Perhaps this is because of those razor-sharp teeth, visible in this X-ray even when the eel’s mouth is closed. It may also be their lethal hunting technique, waiting motionless in nooks and crannies to dart out and snatch their unsuspecting prey. Yohani Kamarudin Scribol Staff

Puffer Fish Creates Ocean Floor ‘Crop Circles’ Right around this time last year, news broke about the discovery of an amazing little puffer fish capable of creating elaborately designed ‘crop circles’ at the bottom of the ocean as part of an elaborate mating ritual. The behavior was first documented by a photographer named Yoji Ookata who later returned with a film crew from the Japanese nature show NHK which later aired an episode about the fish. Even as articles bounced around the web it was still difficult to imagine how a tiny fish could create such a large design in the sand, even when staring directly at photographic evidence. Pacific Leaping Blenny According to a new paper published in the journal Animal Behaviour, the Pacific leaping blenny (Alticus arnoldorum) – a unique fish that lives on land and can leap large distances – uses camouflage to avoid attacks by predators such as birds, lizards and crabs. A Pacific leaping blenny at Taga’chang, Guam. Image credit: © Georgina Cooke, via Australian Museum. The Pacific leaping blenny is a 4 to 8-cm-long tropical fish found in reefs in Samoa and the Marianas, Society, and Cook Islands, in the western and southern Pacific Ocean. It remains on land all its adult life but has to stay moist to be able to breathe through its gills and skin. Pacific leaping blennies move quickly over complex rocky surfaces using a unique tail-twisting behavior combined with expanded pectoral and tail fins that let them cling to almost any firm surface. Australian biologists from the University of New South Wales studied Pacific leaping blennies in their natural habitat on the tropical island of Guam.

Elysia chlorotica Distribution[edit] Elysia chlorotica can be found along the east coast of the United States, including the states of Massachusetts, Connecticut, New York, New Jersey, Maryland, Florida (east Florida and west Florida) and Texas. They can also be found as far north as Nova Scotia, Canada.[1] Ecology[edit] This species is most commonly found in salt marshes, tidal marshes, pools and shallow creeks, at depths of 0 m to 0.5 m.[1] Description[edit] Feeding[edit] The incorporation of chloroplasts within the cells of Elysia chlorotica allows the slug to capture energy directly from light, as most plants do, through the process known as photosynthesis. Life cycle[edit] Cleavage[edit] Gastrulation[edit] Elysia chlorotica gastrulation is by epiboly: the ectoderm spreads to envelope the mesoderm and endoderm.[3][broken citation] Larval stage[edit] See also[edit] References[edit] External links[edit]

Scientists accidentally kill world's oldest animal at age 507 The oldest animal ever known lived from 1499 until the day researchers cracked its shell open, killing it in the process. Ming, an ocean quahog from the species Arctica islandica, was initially thought to be a record-setting 402 years old. But the scientists who found it on a seabed near Iceland in 2006 now say further analysis has revealed that it was an incredible 507 years old, reports CBS. The researchers, who didn't realize how old Ming was when they first found it, opened the ancient clam up to judge its age by counting growth rings inside its hinge ligaments. That's because the rings are "better protected" there, scientist Paul Butler tells ScienceNordic, which notes that Ming was named for the Chinese dynasty that ruled when it was born. But the rings were so close together that scientists ended up having to count the rings on the outside to be accurate, leading CBS to point out that Ming could have lived on, had scientists just started there.

Nemertea Nemertea is a phylum of invertebrate animals also known as "ribbon worms" or "proboscis worms".[2] Alternative names for the phylum have included Nemertini, Nemertinea and Rhynchocoela.[1] Although most are less than 20 centimetres (7.9 in) long, one specimen has been estimated at 54 metres (177 ft). Most are very slim, usually only a few millimeters wide, although a few have relatively short but wide bodies. Many have patterns of yellow, orange, red and green coloration. In most species the sexes are separate, but all the freshwater species are hermaphroditic. Nemerteans often have numerous temporary gonads (ovaries or testes), and build temporary gonoducts (ducts from which the ova or sperm are emitted), one per gonad, when the ova and sperm are ready. The eggs are generally fertilised externally. History[edit] In 1555 Olaus Magnus wrote of a marine worm which was apparently 17.76 metres (58.3 ft) long ("40 cubits"), about the width of a child's arm, and whose touch made a hand swell.

The secret lives of sea lilies and feather stars Once thought to be extinct, these lesser-known cousins of sea stars and sea urchins are some of the prettiest creatures in the ocean. Prepare to be wowed, things are about to get weird (in a wonderful way). Beneath the surface of the sea is a world so vast that its mysteries are only slowly revealed to us … and when they are, they are often strange and beautiful beyond what we could previously imagine. Take the crinoids. © RCB Shooter Tim Sheerman-Chase/flickr/CC BY 2.0 These creatures have some history. Crinoids have the same interior system of canals ending in tube feet as the other echinoderms, as well as the same unusual ligament tissue that can alter between rigid and flaccid states, according to the National Oceanic and Atmospheric Administration (NOAA). But unlike the other echinoderms, crinoids fasten their beautiful selves to the sea floor by way of their handy-dandy stalk. NOAA Photo Library/flickr/CC BY 2.0 NOAA Photo Library/flickr/CC BY 2.0 And to see them swim?

Evasive octopus who has been allowed to look for love Visitors to the Portobello Aquarium loved Sid the octopus but all Sid wanted was to find a mate. After several escape attempts worthy of Houdini, he finally tasted freedom yesterday, with his keepers returning him to the ocean just in time for Valentine's Day. The aquarium, near Dunedin, on New Zealand's South Island, was Sid's home for the past six months. At first, he seemed quite content there. He would move around his tank, exploring his new environment, and would change colour, as octopuses do. But, shortly after Christmas, he developed itchy feet – or tentacles. Matthew Crane, Portobello's senior aquarist, came in one morning to find Sid gone. A few weeks later, Sid made a second dash for freedom. Yesterday afternoon, Mr Crane transferred Sid to a plastic bucket and carried him to the water's edge, 300 yards away. Octopuses live for about two years, and breed towards the end of their life cycle. A few years ago, he said, crayfish kept disappearing from the aquarium.