Benoit Mandelbrot: Fractals and the art of roughness 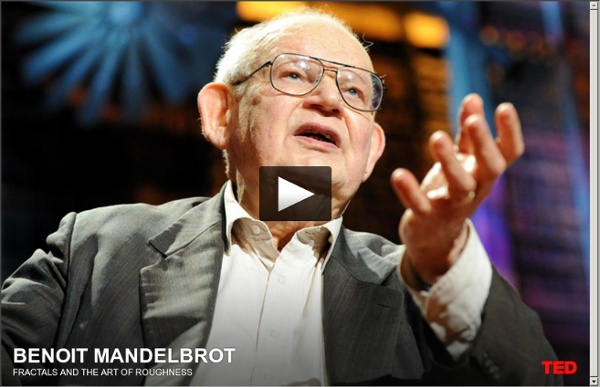 Hunting the Hidden Dimension NOVA explores the fascinating world of fractals and looks at how they can be used to better understand everything from coastlines and rainforests to weather systems and human physiology. 100 - Fractal Geometry Geometry. Its principles are taught to young students across the world. The Pythagorean theorem. Surface area and volume. Pi. What Kind Of Data Scientist Are You? ⚙ Co Deciding where to build a new coffee shop or fast food outlet is an expensive and risky business. Traditionally, planners use data on demographics, revenue, nearby businesses, and aggregated human ﬂow, much of which is expensive to gather. But the expense is worth it, because when it comes to foot traffic, even a few feet can make a huge difference. “Open a new coffee shop in one street corner and it may thrive with hundreds of customers.

Learn The History Of Physics In 4 Minutes Aristotle was wrong. He claimed that heavier items fell faster than lighter items. Had he actually tested the theory, using a high-tech tool as sophisticated as a ladder, a ledge, or a cliff, he’d have immediately realized that it couldn’t possibly be true. Because Galileo did test the theory, and he found that balls of various mass fell at the exact same rate. And then he skydived off the Leaning Tower of Pisa in celebration just to rub it in Aristotle’s wrong dead face. A Radical Mind Posted 10.01.08 NOVA "Clouds are not spheres, mountains are not cones, coastlines are not circles, and bark is not smooth, nor does lightning travel in a straight line." So writes acclaimed mathematician Benoit Mandelbrot in his path-breaking book The Fractal Geometry of Nature. Instead, such natural forms, and many man-made creations as well, are "rough," he says. To study and learn from such roughness, for which he invented the term fractal, Mandelbrot devised a new kind of visual mathematics based on such irregular shapes.

Mandelbulb: The Unravelling of the Real 3D Mandelbrot Fractal Opening Pandora's Box For the Second Time ur story starts with a guy named Rudy Rucker, an American mathematician, computer scientist and science fiction author (and in fact one of the founders of the cyberpunk science-fiction movement). Around 20 years ago, along with other approaches, he first imagined the concept behind the potential 3D Mandelbulb (barring a small mistake in the formula, which nevertheless still can produce very interesting results - see later), and also wrote a short story about the 3D Mandelbrot in 1987 entitled "As Above, So Below" (also see his blog entry and notebook). Back then of course, the hardware was barely up to the task of rendering the 2D Mandelbrot, let alone the 3D version - which would require billions of calculations to see the results, making research in the area a painstaking process to say the least.

Earthquake: Evidence of a Restless Planet Jeroen Lapre Jeroen Lapre is a digital artist with over 15 years experience in the feature film visual effects industry. He is passionate about combining story with science, space exploration & colonisation. Methane Made with Solar Power Will Power Audi Vehicles Gas maker: SolarFuel operates this 250-kilowatt demonstration plant that produces methane from carbon dioxide and hydrogen. Audi is building a plant that will use solar and wind power to make methane from water and carbon dioxide. The plant, which will use technology developed by Stuttgart, Germany-based SolarFuel, is scheduled to start operation later this year. Twin Prime Conjecture PBS Airdate: January 10, 2006 ROBERT KRULWICH: Our next story concerns prime numbers. It's a mystery that's been around for 2,300 years, since the days of the great mathematician Euclid.

Fractals (VLab: Virtual Complexity Lab) Author: Greg Paperin. Fractals are, roughly speaking, objects that exhibit self-similarity on all scales. Self-similarity means that an object consists of smaller copies if itself, which in turn, consist of smaller copies, and so on. The copies do not need to be exact, but the same kind of structures must appear on all scales. Commonly, fractals are mathematical objects, but many natural objects that demonstrate self-similarity on power-law scales are also considered fractals. This includes surfaces of clouds, mountains and other landscape entities, surfaces of plant structures and various other phenomena.

That's why he was a genius---he knew and didn't tell. by judearnold Apr 21

A genius, but he fails at explaining how it works for us mortals by mamc2501 Sep 12