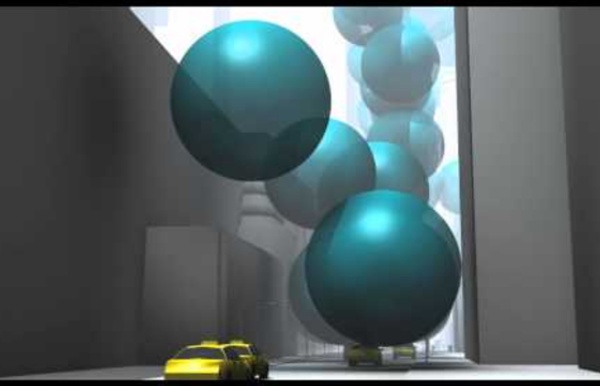 A Smarter Planet Blog Wind Map An invisible, ancient source of energy surrounds us—energy that powered the first explorations of the world, and that may be a key to the future. This map shows you the delicate tracery of wind flowing over the US. The wind map is a personal art project, not associated with any company. We've done our best to make this as accurate as possible, but can't make any guarantees about the correctness of the data or our software. Please do not use the map or its data to fly a plane, sail a boat, or fight wildfires :-) If the map is missing or seems slow, we recommend the latest Chrome browser. Surface wind data comes from the National Digital Forecast Database. If you're looking for a weather map, or just want more detail on the weather today, see these more traditional maps of temperature and wind.

Map and Estimates of the Oil Spill in the Gulf of Mexico - Interactive Map About the Oil Slick and Landfall Locations The “estimated extent” of the oil slick is an estimate by the National Oceanic and Atmospheric Administration of where oil is mostly likely to go based on wind and ocean current forecasts, as well as analysis of aerial photography and satellite imagery. The “surveyed extent” shows areas where oil was visible on the water surface during aerial and satellite surveys of the Gulf. The surveyed extents are not available every day and may be incomplete on occasion because poor weather conditions prevented observation in some areas. The extents may vary widely from day to day because of changes in wind patterns and ocean currents. The locations where oil has made landfall are based on reports from federal, state and local officials. About the Estimate of the Amount Spilled Where the oil has gone, as of Aug. 1 (103 days into the spill), according to a government report. For more on the estimates, see these articles:

2014: Hottest year ever. Photo byNASA's Goddard Space Flight Center I’m not a huge fan of “hottest year” type statistics, as I’ll get to in a moment, but this one is important for two reasons: One is that there was no El Niño last year, which tends to drive global temperatures up. (Many record years were ones that had El Niños.) 2014 broke the record without any help. Phil Plait writes Slate’s Bad Astronomy blog and is an astronomer, public speaker, science evangelizer, and author of Death From the Skies! Let’s say you flip a coin 10 times, and it comes up heads six times. 2014 was like that. Even then, I cast something of a skeptical eye when an individual record is broken. So that’s when you bring in the most important issue here: context. That’s the important issue here: Not that any one year is the hottest, but that they’re all clustered in the past few years. Graph by the Japan Meteorological Agency It’s getting hotter. So much for the “pause.”

Wirearchy | Viral: Photo-Sharing Explosions This is a series of videos that visualizes a single piece of content being shared between hundreds of thousands of individuals on Facebook. We've tried to capture the frenetic energy surrounding three of the most shared images, all of which were photos published on George Takei's Page. Each visualization is made up of a series of branches starting from a single person. As the branch grows, re-shares split off on their own arcs, sometimes spawning a new generation of re-shares, sometimes exploding in a short-lived burst of activity. The two different colors show gender, and each successive generation becomes more and more white as time goes by. Here are the three images from George Takei featured in the videos: Marvin the Martian Ab Fab London Famous Failures The data used for these visualizations spans a three-month period from July to September and is composed of shares originating from news feed.

SBS - The Other 9/11 After a formal request from the United States, two officers from the Australian Secret Intelligence Service, or ASIS, were stationed in Santiago. By 1972, the officers had agreed to manage three agents on the CIA’s behalf and to relay information to Washington. “The idea of taking over for one of the allies in Chile wasn’t a new thing – it was the pattern of helpful smaller ally being given pieces of work,” says Nicky Hager, author and journalist specialised in intelligence. In 1972, Labor’s Gough Whitlam became Prime Minister, bringing progressive politics to Canberra after more than two decades of conservative government. One of the things set to change was foreign policy. Bill Robertson, then head of Australia’s Secret Service, had the unhappy task of informing Mr Whitlam that his spies were helping the CIA to undermine a fellow progressive, left-wing government in South America. There are different accounts of what came next.