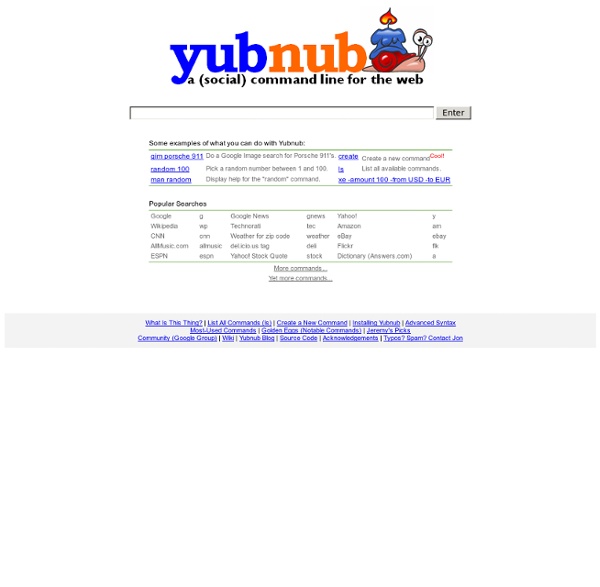 Wine-Searcher. Locate and price wines. 'True Blood' hits social networks By Mike Snider, USA TODAY The new True Blood Season 2 Blu-ray Disc has a social networking feature that fans of the HBO series can really sink their teeth into: automatic updates to their Facebook and Twitter accounts. Described as the most extensive Facebook-linking feature in a Blu-ray Disc so far, the True Blood Live Feed sends updates to Facebook and Twitter as viewers watch the episodes. Each of the 12 episodes has at least eight scenes that can be posted to Facebook, too, direct from the discs. One of HBO's most popular series, True Blood averaged 5 million viewers per first-run episode.

List of search engines For a topical guide to this subject, see Outline of search engines. By content/topic General Gecogle GrabAll AP Stylebook Adds 42 New Guidelines for Social Media - (Build 20 The AP Stylebook has released its new social media guidelines, including the official change from “Web site” to “website” (a move first reported back in April) and 41 other definitions, use cases and rules that journalists should follow. Among the more interesting changes –- at least from a grammar and style standpoint –- are separating out “smart phone” as two words, hyphenating “e-reader,” and allowing fan, friend and follow to be used both as nouns and verbs. Beyond that, the AP has also defined a number of acronyms that are commonly used in texting and instant messaging. While most of them should be fairly well-known to regular web and mobile phone users (ROFL, BRB and G2G are among the definitions) one actually was new to me: POS. According to the AP, this stands for “parent over shoulder” (I’ve used POS to refer to something else occasionally, but I digress), and is used by “teens and children to indicate, in an IM conversation, that a parent is approaching.”

Use Social Media to Tell Interactive Stories [INVITES] This post is part of Mashable’s Spark of Genius series, which highlights a unique feature of startups. The series is made possible by Microsoft BizSpark. If you would like to have your startup considered for inclusion, please see the details here. dev:data_formats [Zotero Documentation] Translations of this page: BibLaTeX BibTeX Browser bookmarks