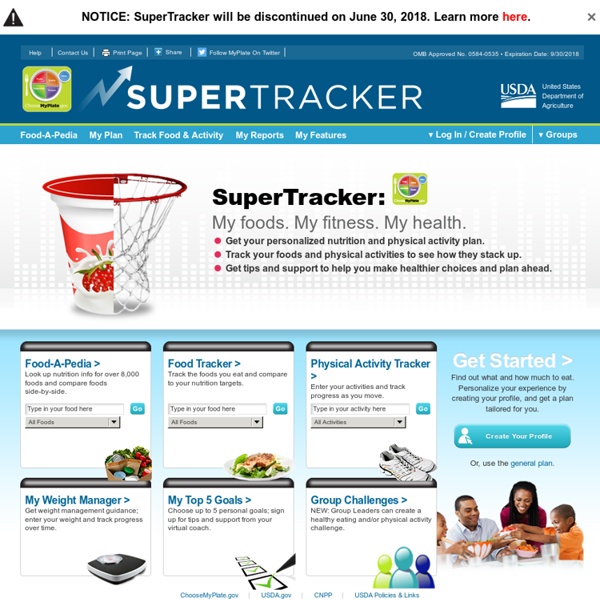 Dana Goodyear: Insects are the new sushi! I’m in Los Angeles for one night and the New Yorker writer is nice enough to meet me for dinner and a conversation. Considering the subject matter of the book, it seemed a bit wimpy for us to meet over caffè lattes, so we head to a traditional Oaxacan restaurant buried deep in the heart of Koreatown that is known for their crispy grasshoppers. The evening starts with a Mezcal served in a gourd with a side of sliced oranges and chili powder. Edward Lee: You are going to have to pronounce this restaurant name for me. Dana Goodyear: Gay-lah-GHET-sah. Yes, Guelaguetza and we are eating grasshoppers or chapulines, which are very crispy and delicious. I find that people in the food world are amazingly willing to talk about what they are doing even when those things are quasi-legal or taboo. Even knowing that you were a journalist and you were writing about them. Oh yes. I don’t think it was ego. (Dana orders a hot chocolate and I order a flan) Do you take a political stance in the book? Yes.

BrowserQuest A Science Teacher Lost 37 Pounds From Eating Nothing But McDonald's The fish we don’t eat It’s hard to imagine just how many edible fish there are until you see them arrayed in their multicolored, multi-finned glory. Lobster Place, a bustling seafood shop in the center of New York’s Chelsea Market, is a good place to start. The store’s open display cases hold live sea urchins that respond to the touch; fat, juicy chunks of Hawaiian Wahoo; gigantic, whole tilefish that stare, glassy-eyed at the curious consumer; and other offerings that, were they not labeled, you’d need a degree in marine biology to recognize. Some, like baby squid and octopi, razor clams, and fillets of specialty catch that retail for upward of $25 per pound, might intimidate the standard home chef in search of something to serve for dinner. Other offerings, though, are just … different. It’s no coincidence that the most endangered fish are also staples of the American diet. “There’s a fear of seafood,” said Rick Moonen, a renowned seafood chef who was one of the first to advocate sustainable fishing.

Doll Divine ~ Dress Up Games ~ Fantasy Doll Makers Best Coconut Water Brand - Amy & Brian Coconut Juice from Thailand Ranks Top Like sports drinks before it, coconut water has quickly infiltrated the shelves of every major supermarket and convenience store, giving America a taste of an actual tropical beverage, instead of just a tropical-flavored one (though, to be fair, their bottles are good for hiding booze). Coconut water provides electrolytes and replenishes lost fluids at a rate equal to that of a sports drink, making it an all-natural alternative to those bottles filled with processed sugar. But what does it taste like? Is it worth the exorbitant price tag most brands carry? And will one sip transport you to that creepy tropical island in the movie where Leo DiCaprio does sex in a tent with Tilda Swinton? We were wrong: THIS is the best coconut water in the country Ranking: 6thBrand: ZICOCoconuts sourced from: ThailandServing size: 11.2ozPrice: $1.99Cost per ounce: $0.18Tasting notes: A coconut water so good Kevin Garnett felt the need to scream at it (?) Naked Our editor and his puppy taste-test dog treats

Dangerous fish you should eat before they eat you The sea is a dangerous place overflowing with dangerous things. But unlike pirates (and a certain dangerous politician), some of its inhabitants are edible. And taste good with Old Bay on them. Feast your eyes on 10 of the most treacherous sea creatures out there, and learn why they're so delicious. Flickr/walknboston STONEFISHHow they're scary: Stonefish camouflage themselves to look like rocks, excrete some of the most powerful poison in the ocean (kills within 3hrs), and can survive out of water for a full day. Flickr/ayk How they're delicious: Known as okoze when served in Japanese restaurants, a trained chef has to risk his life removing the spines and venom sacs. Wikipedia/Laban721 BARRACUDAHow they're scary: They can swim up to 27 miles per hour, are known to literally rip chunks of flesh off their predators with their sharp teeth, and inspired the band Heart. Flickr/Clurr Wikipedia/Steven G. Flickr/seafaringwoman Flickr/Radcarper SHARKHow they're scary: See that photo? Flickr/oldandsolo

Look Inside a Chicken Nugget - James Hamblin Doctors at the University of Mississippi dissected two chicken nuggets, looked at them under a microscope, and were "astounded." The chicken nugget can conjure purity. No buns, pickles, or bones. Not many carbs, apart from the breading. This is simplicity delivered economically, flightless birds, protein for the protein-hungry America of today—or, to followers of Michael Pollan, the corn-fed-meat-wrapped-in-corn-preserved-breading-dipped-in-corn-sweetened-goo kind of purity. Richard D. deShazo, MD, is a distinguished professor of medicine and pediatrics at University of Mississippi Medical Center. “I was floored. Dr. deShazo has been concerned about the American diet for a while. So he asked a colleague, pathologist Steven Bigler, MD, to see what's inside the nuggets by cutting them open "just like a human being [in an autopsy]." Bigler and deShazo dissected two random chicken nuggets from different restaurants. DeShazo and Bigler's work is published in the American Journal of Medicine.

10 Best Mail-Order Meat Companies Protein shortage, averted Some people hear the phrase “beef alternatives” and think tofu, seitan and bean burgers. We think local goat, French-style chicken, grass-fed lamb, name-brand pigs, roast duck, double-smoked Danish salmon, whole lobes of foie gras, elk — and then sometimes beef again, because beef from here is technically an alternative to beef from there. Not that we don’t eat our share of leaves, mind you, but it’s good to have options. Ready for a feast of all of the above (save the leaves)? GP DOESN’T MESS AROUND WHEN IT COMES TO BEEF: The Month of Beef | 10 Best Grills of 2013 | Best Restaurants in the U.S. FILED UNDER Belcampo,D'Artagnan,Finer Things Issue,Fossil Farms,Joyce Farms,La tienda,Rain Crow Ranch,russ & daughters,Shepherd Song Farms,Snake River Farms

Sushi Fish - Sushi Chefs Reveal the Most Over and Underrated Fish All photos by Dan Gentile Be warned: things are about to get raw. To further help you navigate the daunting world of sushi (basic etiquette tips here!), we asked 13 of the nation's most reputable sashimi masters to reveal which fish they think to be the most overrated, and which are true diamonds in the rice. So next time your favorite sushi restaurant is out of fatty tuna, don't worry: there are plenty more fish in the sea. MATT FOREMAN, HEAD SUSHI CHEF, UCHI (AUSTIN)Overrated: Salmon "Salmon, without a doubt. Underrated: Saba (mackerel) "This is a great fish. Filet mignon sucks: famous chefs reveal the most over/underrated meats TAICHI KITAMURA, EXECUTIVE CHEF, SUSHI KAPPO TAMURA (SEATTLE)Overrated: Hamachi(yellowtail) "It lacks flavor. Underrated: Mackerel "It has a lot of flavor. EIJI ICHIMURA, HEAD SUSHI CHEF, BRUSHSTROKE (NYC)Overrated: Shima-Aji (striped jack) "Flavor is pretty neutral, and everyone seems to like the texture of the fish.

Best Instant Ramen - Comparing America's Favorites Beef Flavors Instant Noodles Ramen noodles have far surpassed their status as a cheap staple for college kids, transitioning into the world of stunt food and gourmet eateries. But we can never forget the good that ramen does for the starving scholars. With that in mind, we raided the local Asian supermarket in search of the best ramen... and when we discovered there were hundreds of brands, we randomly intelligently chose seven to put up against America's favorites. These are the 50 greatest sandwiches ever known to man 9. 8. 7. This is the most interesting ramen in the country 6. 5. 4. 29 of the best food photos from 2013 3. 2. 1.

Meat eating can be an environmentally friendly choice, argues George Monbiot As a meat-eater, I’ve long found it convenient to categorise veganism as a response to animal suffering or a health fad. But, faced with these figures, it now seems plain that it’s the only ethical response to what is arguably the world’s most urgent social justice issue.-George Monbiot, “Why vegans were right all along,” Dec. 2002 Guardian columnist and well-known environmentalist George Monbiot ate the above words yesterday — with a dash of salted crow, one imagines. In a column titled “I was wrong about veganism. Let them eat meat — but farm it properly,” he tells how a book released in England this week has persuaded him that meat eating per se isn’t environmentally irresponsible, it’s the current industrial farming model that is. Monbiot himself is not vegan. We all do. But now those who have been arguing for a more moderate, catholic approach, one that sees pasture-based livestock raising as an equally green choice to eschewing meat altogether, have new ammunition.