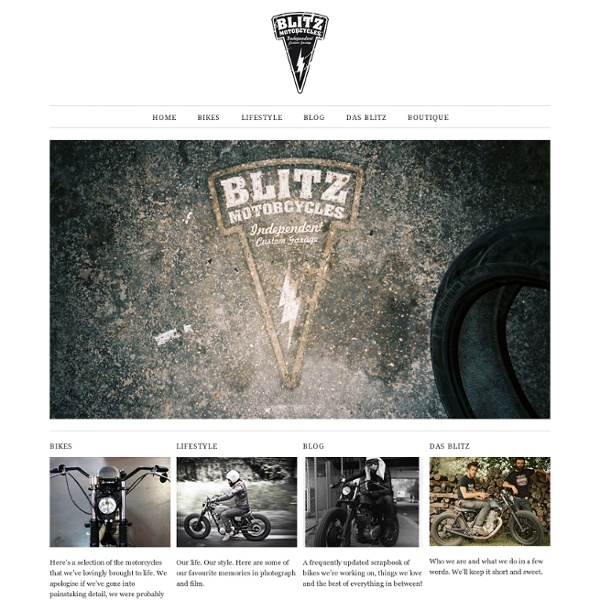 cafe racer culture bubble support Lennard Schuurmans is hunting down the good stuff on planet cool to post for you on Bubble Visor. In the spirit of Bubble Visor he started the Barn Fresh Company in 2012. Old fashioned high quality garments. El Solitario MC Feeling a bit rusty on the keyboard after almost a month and a half without writing anything on this forgotten corner of the zombie blogosphere. Blogs were the coolest thing that happened to communication in the early 21st century but, unfortunately, were rapidly killed by shark marketers and human stupidity. Anyhow for the chosen few that still read this lines, I feel its well deserved the effort.

You Meet the Nicest People Who are we? This summer a small group of us will set off on a life changing journey to create a documentary that will inspire others. We have taken a junk pile of Honda Trail 90 parts and brought forth three fully functional motorcycles. We will be filming the entire trip in order to share our story with those who helped this epic project a success. With luck and your help on our side, this film will make it's way to Netflix where the story can be told worldwide. Our mission is to create a feel good documentary.

Rear Victory Motorcycle Forward Controls & Footpegs Part Number: 531-009 Everyday Low Price: $42.99 Gold Club Price:What's This? $38.69 it roCkS! CB750 Gravedigger Osvaldo Coutinho and Alexandre Santos are the guys behind it roCkS!bikes, based in Oporto in Portugal. They are both engineers and self-confessed motorcycle addicts. This CB750 is a little different from the usual CeeBee customs out there as it’s based on a 1992 bike, rather than the usual 1970s donors that feature on most of our pages. Although more modern machines have more power, better chassis parts and are likely to be more reliable, they have a lot more ugliness to hide and take a lot more work to turn into something desirable, and something that captures the spirit of the seventies that most of us aspire to.

Mule Motorcycles Store: Mule Seat Kit Details: This kit is the latest evolution of the original seat I created for the white Triumph of America bike. It's been modified to be wider to fit the stock frame, shorter, and now has a much lower profile. It comes with a welded up rear loop which requires a slight rear frame modification. Red Baron Triumph Bonneville Cafe Racer Earlier this year I ran a story on the "Big Chill", an '08 Triumph Bonneville Cafe Racer built by custom workshop Mean Machines. This latest Hinckley Bonneville from the Sydney based outfit which is aptly named the "Red Baron", is essentially the same build spec as the Big Chill with one major difference, it has much bigger balls. Mean Machines were obviously happy with how the Big Chill Bonnie turned out.

Jason Paul Michaels - Rider Like many of us, Jason started on a tricycle. By the age of seven, however, Jason was already pulling the filter off of his lawn-mower powered mini-bike using a less restrictive gauze material to increase the air intake (he cut the material out of some panty hose he 'borrowed' from a nearby department store). In his youth he rode Moto-x on a KX80 and did wheelies for onlooking girls sitting in the school bus on their way home. After-all, it would only make sense that he rode his dirt-bike to school.

Sustainable designers 3: Window Farms (Design for Food 1) One interesting and recurrent idea these days is to try to grow your own food, even though you may live in a small apartment in the middle of a large city. We commented a bit about this in the DIY post, but I believe it needs some more looking into. To do that, more than theorize and reflect about how much more sustainable growing your own food can be, we'll look into two existing designs that help you do this: the Windowfarms (this post) and the Parasite Farm (next post). Window farms is an open community that started with some people in New York that decided to grow their own vegetables on their apartment windows. To do this they came up with a vertical hydroponic planting system that uses a small water pump, or air pump to circulate the water and nutrients needed for the plants. They started promoting this with an open Internet community where users can share their experiences and ask questions to each other.